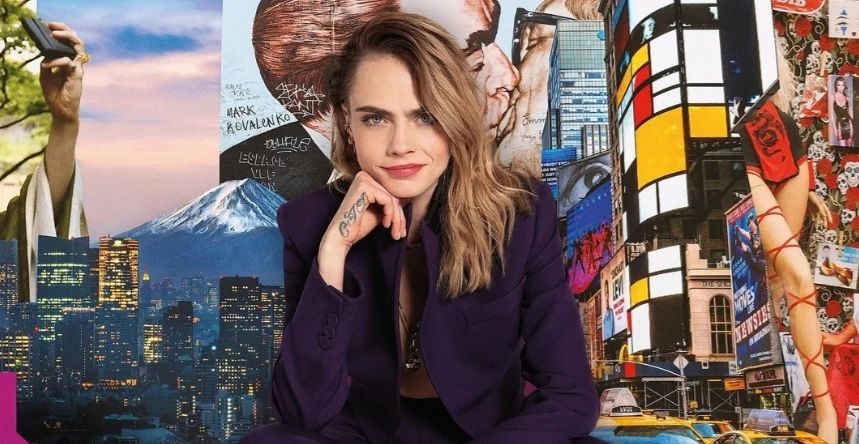 Shocking revelations by Cara Delevingne. The British model reveals that the issues related to her sexualityin the past, they have taken it several times to suicidal thoughts. The thirty-year-old’s confession comes on the eve of “Planet Sex With Cara Delevingne”, the docu-series in six episodes with the supermodel grappling with the analysis and exploration of sexuality at three hundred and sixty degrees. “I thought of myself as young and hip, but I felt like such a prude. So I ended up doing whatever I felt comfortable doing ”explains the model who is among the protagonists of the 2023 Pirelli Calendar about the series.

There top british is a popular queer icon, a role she has proudly accepted by becoming active in many fields, not least television. With its intent to explore sexuality, passing through the dynamics of desire, monogamy, gender identity and pornography, the BBC documentary, for Delevingne, was an opportunity for reflection and self-discovery. In fact, the model admitted that she had to deal with many fears, not least homophobia and a strong sense of shame. “I couldn’t tell anyone about it,” he recalls, referring to his pansexual identity as early as his teens. And he adds “I had a lot of internalized homophobia and shame. I thought I was abnormal”. Pushing his boundaries, physical and mental, was a liberating experience for Delevingne. “She has changed my life a lot. Now I’m happier than I’ve ever beensays the ‘Suicide Squad’ actress in reference to the documentary which premieres in the UK on BBC Three and BBC iPlayer Thursday 1 December.

In the series, the protagonist travel the world talking to scientists, artists and activists to find answers to some big questions. Are you born or made LGBTQ+? Was our gender fixed before birth? Why are we attracted to certain people? The actress visited her first Pride only during the filming of the show. She now wants to experience her first Gay Pride in the UK: “Being in my city and going back to where the shame started and being able to be open is something I’m really looking forward to”.

In one episode of the series, Delevingne, together with experts in the field, goes to a hospital in Germany, where she is two blood samples were taken. One before and one after her orgasm. The purpose of the experiment is to explore more closely what this sensation does to the chemistry of the body. The effect is measured specifically in the system endocannabinoida part of our nervous system particularly responsible for the state of relaxation and the reduction of anxiety.

The supermodel has never made a secret of being bisexual and that her fluid sexuality has made her feel more comfortable in relationships with other women. But working on the series allowed her to get one greater clarity on its own gender identity. At the end of episode four she says, “I’m a ‘she’ right now. But I also like to dress like a man and be a ‘he’. You don’t have to put so much pressure on yourself about what you are, who you are. Whether it’s masculine or feminine, that’s just who I am.” With the documentary, the supermodel hopes that those who watch it will also gain greater clarity on issues of sex, sexuality and gender: “I would like people to have the kind of conversations that are featured on the show. I think hate and fear come from things not being talked about, or from fears about questions”.

David Martin is the lead editor for Spark Chronicles. David has been working as a freelance journalist.
Previous The best Christmas movies 2022 to watch as a family
Next Godzilla Vs Kong: the Titans are ready to wreak havoc in 4K