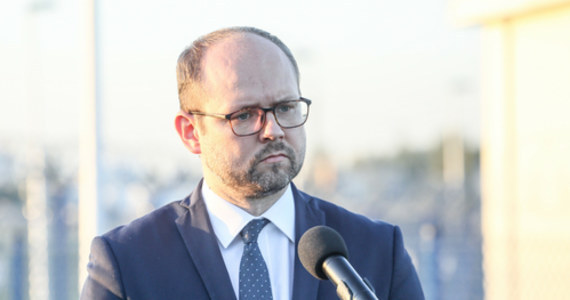 Jakub Oworuszko, Interia: At what point of the crisis are we at the border? The worst is behind us, can’t we talk like that yet?

Marcin Przydacz, deputy head of the Ministry of Foreign Affairs: – You can’t say that absolutely. The hybrid war waged by Alyaksandr Lukashenka is well planned, that is the whole scenario of actions. We all would like it to end as soon as possible, not to escalate, not to become more and more dangerous for Poland and the region, and for people who are being used by Lukashenka.

What is the further action plan on the part of Poland?

– There can be no question of ceasing our activities, both in terms of hard border protection and diplomacy. That is why we continue them both in international forums with foreign partners, as well as in Brussels and the Middle East. On Sunday, the prime minister met with the heads of governments of Lithuania, Latvia and Estonia, and this week he will continue his tour of Europe. You should be aware that this hybrid operation at the border is only a fragment of a large image. For several days – also in public – there has been talk of increased mobilization of Russia and its activity around Ukraine. We must pay attention to what is also happening on the gas market – winter is coming – all this is conducive to possible further aggressive steps by Russia.

According to the opposition, the situation is stabilizing thanks to diplomatic activities undertaken by the German chancellor or the president of France, and not by the Polish government.

– When it comes to stopping the influx of migrants to Belarus, two factors contributed to it. First, the tough protection of the border effectively discouraged many potential migrants who were planning to come to Belarus. Secondly, they were blocked from traveling by air. It took place as a result of the activity of Polish diplomacy, in cooperation with our partners, not only in the countries of the Middle East, but also on the European forum, where the discussion on sanctions against airlines began. The very fact that we managed to convince European partners to extend the legal basis of the sanctions was such a good step that the airlines themselves decided to stop bringing migrants. So these are not phone calls, leader lists, but just such actions.

– You should be aware that Lukashenka is afraid of sanctions. Migrants are also a problem for Belarus, hence the temporary withdrawal of them elsewhere in order to be able to play the dirty game with them again soon. Those who declare victory should be patient. The fact that the opposition says so only means that it does not know what it is about and that it has no idea for further actions, other than to criticize the government. When all EU and NATO states expressed their solidarity with Poland, the leader of the Civic Platform (PO) wrote an open letter just to engage the government’s activity. Today we need unity, which is why I appeal to the opposition to act constructively.

Did the talks between Merkel and Lukashenka or Macron and Putin take place “over our heads”?

– We were informed about these talks. Chancellor Merkel called Prime Minister Morawiecki also after talking to Lukashenka. It is obvious, however, in the absence of in-depth consultations with the region, that the risk and responsibility for such actions in this case rests with Chancellor Merkel, not Poland. The mere fact of this phone call is used by Lukashenka as an element that legitimizes him. And I would warn against self-optimism that they would bring this hybrid operation to an end. The one who thinks so is either naive or overwhelmed with ill will.

– Lukashenka and Putin may be discouraged by specific steps and decisions, not one or two calls. These talks are also not fully consistent with the EU’s policy – on the same day 27 countries, including Germany, decided to sanction Lukashenka. On the other hand, any decisions concerning Poland taken without consulting us and the entire region cannot, of course, be accepted. Other countries in the region also perceive it in a similar way, for example the Baltic states, which were visited by Prime Minister Morawiecki on Sunday. Unfortunately, large EU countries tend to take unanimous steps, which does not serve to strengthen the key European unity in this case.

Will there be another sanction? Is it possible to completely close the Polish-Belarusian border?

Such decisions are of course possible. If there is a further escalation and if Alexander Lukashenka does not withdraw from his aggressive policy, Poland will respond firmly.

Piotr Müller in Graffiti: It was not necessary for Merkel to talk directly about this matter
Polsat News

Videogames entered his life in the late '80s, at the time of the first meeting with Super Mario Bros, and even today they make it a permanent part, after almost 30 years. Pros and defects: he manages to finish Super Mario Bros in less than 5 minutes but he has never finished Final Fight with a credit ... he's still trying.
Previous Bayern Munich wants to make the most expensive transfer in its history. The Germans lost track of great talent
Next TOP 10 gangster games, that is not only GTA 5, a man lives