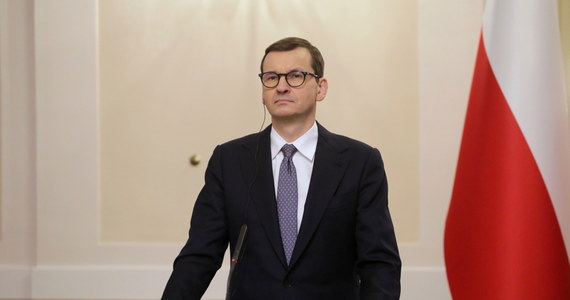 Prime Minister’s visit to Germany. Morawiecki will meet with Merkel

Government spokesman Piotr Müller announced that in connection with current geopolitical challenges Prime Minister Morawiecki continues the series of meetings with the heads of European governments. On Thursday in Berlin will meet German Chancellor Angela Merkeland then z Olaf Scholzwho is a candidate for the new chancellor of Germany.

This will be another in a series of meetings between the prime minister and European leaders aimed at coordinating the reactions of European countries and NATO members for hybrid activities of Belarus.

On Wednesday, Morawiecki visited Paris, where he met with the President of France, Emmanuel Macron, and Ljubljanawhere he spoke with the head of the Slovenian government, Janez Jansza. In previous days, the prime minister met with the leaders of Lithuania, Latvia, Estonia, as well as the prime ministers of the Visegrad Group countries (including Hungary, the Czech Republic and Slovakia) and the Prime Minister of Croatia.

During his visit to Paris on Wednesday, Prime Minister Morawiecki emphasized that energy issues would certainly be discussed during the meeting with Merkel. – I will touch on the subject of Nord Stream 2 – he assured.

As he said, today it can be seen that the price manipulations on the gas market for which he is responsible Gazprom, led to several times increase in gas prices. He added that the sharp rise in the prices of CO2 emission allowances in turn leads to a huge increase in prices in the energy markets. – We propose that the ETS should not be a market prone to speculation, not a market where financial players and others who do not need these allowances could speculate on a further rise in prices. Poland will counteract these actions as part of the EU climate policy – Morawiecki announced.

Morawiecki from Sunday visited seven countries and during meetings with European leaders talked about the situation on the Polish-Belarusian border of the European Union. “From early morning until late at night, we are working hard to ensure the security of Poland and all of Europe,” argued the Polish Prime Minister on Wednesday in social media.

A crisis continues at the borders of the EU and Belarussince the spring saw a sharp increase in the number of attempts to illegally cross the Belarusian border with Lithuania, Latvia and Poland by migrants from the Middle East, Africa and other regions. The EU and its member states emphasize that this is the result of deliberate actions Alyaksandr Lukashenka’s regimewhich instrumentally exploits migrants in response to sanctions.

Since the beginning of the year border guards noted over 34 thousand attempts to illegally cross the Polish-Belarusian border, of which over 6 thousand in November, nearly 17.3 thousand. in October, almost 7.7 thous. in September and over 3.5 thousand. in August.

From September 2, due to the migratory pressure in the border zone with Belarus in 183 localities in the voivodeship Podlasie and Lublin voivodeships apply state of emergency. It was introduced for 30 days under the ordinance of President Andrzej Duda, issued at the request of the government. Subsequently, the Seym agreed to extend the state of emergency for another 60 days – until December 2.

Caritas on the situation at the border: Migrants need help, but also local residents
RMF

Videogames entered his life in the late '80s, at the time of the first meeting with Super Mario Bros, and even today they make it a permanent part, after almost 30 years. Pros and defects: he manages to finish Super Mario Bros in less than 5 minutes but he has never finished Final Fight with a credit ... he's still trying.
Previous The NBP president in Interia tightens his position. The zloty reacts, the question is what’s next with the rate?
Next Xiaomi presents the Redmi Note 11 4G smartphone