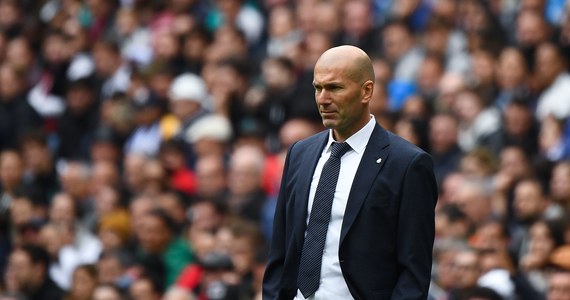 PSG and Zinedine Zidane after the first talks. Will replace Pochettino?

Zinedine Zidane has been linked to many of Europe’s biggest clubs since his departure from Real Madrid in May this year – there has been speculation recently that the French could take over Manchester United from Ole Gunnar Solskjaer, but in the end “Zizou” had to dismiss the possibility . There are only two options for him: the French national team or Paris Saint-Germain.

There are many indications that the former footballer is definitely closer to the latter variant. As reported by “Le Parisien”, he was even supposed to have the first, preliminary interview with the representatives of the runners-up in France.

The meeting between the two sides was to be held at the “Royal Monceau” – one of the most luxurious hotels in Paris. Leonardo (the club’s sports director) and Jean-Claude Blanc, the general manager of the team, and privately a good friend of the coach, took part in the conversation with Zidane – according to the journal.

It is no coincidence that the contacts between Zidane and PSG have been intensified right now – there is a probability that Manchester United will want to buy their current coach, Mauricio Pochettino from the Parisians – who will also be in not very good relations with Leonardo. In this way, all the elements would fit together quite coherently – the Argentinian would leave for England, and the French would immediately be in his place.

There is however a problem that seems insurmountable for Paris Saint-Germain. Well, while the club authorities are not going to make Pochettino’s problems with the departure in the middle of the season, Zidane insists not to take over the team while the games are still going on. He does not want to interrupt his planned rest from work and would rather be at the Parc des Princes only in the summer.

After the end of the 2021/2022 campaign, however, it is more than likely that “Zizou” would take the helm of “Les Parisiens”. The 49-year-old would not want to wait until the end of the World Cup in Qatar to replace Didier Deschamps in the French national team.

Zidane would certainly fit in very well with the vision of PSG president Nasser Al-Khelaifi, who dreams of winning the Champions League club. As a coach, the French won the LM Cup three times with Real Madrid – in 2016, 2017 and 2018.

Zinedine Zidane is a coach
/AFP

David Martin is the lead editor for Spark Chronicles. David has been working as a freelance journalist.
Previous Fogged windows are an easy-to-solve problem. See how
Next France: 27 people died after boat carrying migrants in the English Channel sank