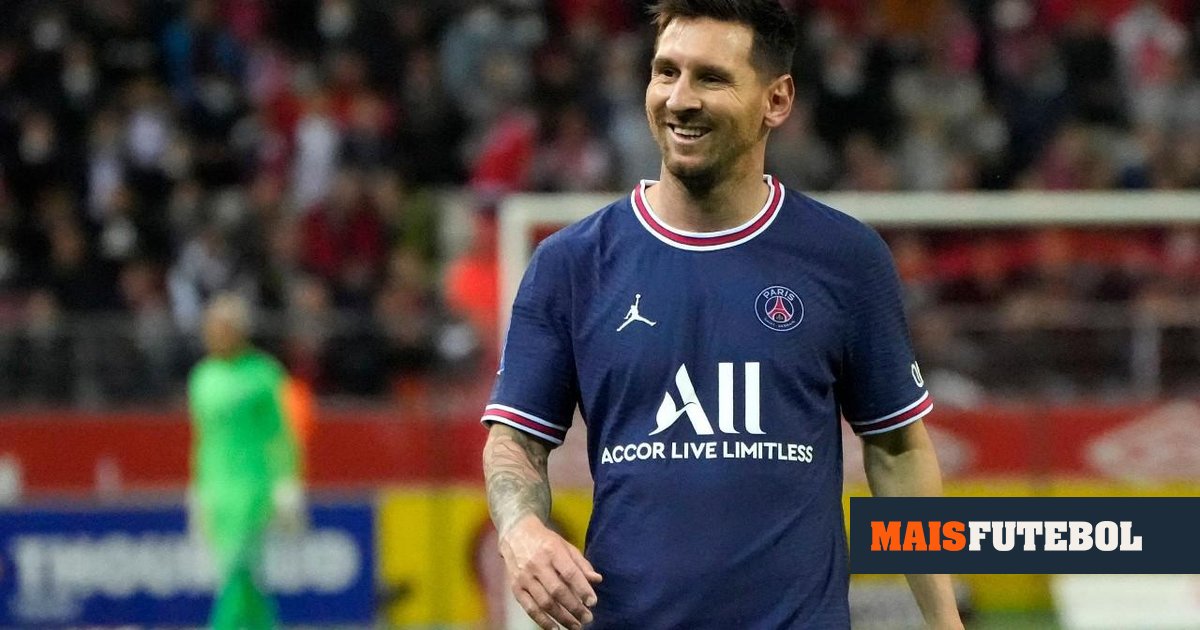 Paris Saint-Germain managed to capitalize on the strong investment it made in hiring Lionel Messi and, according to the French club’s marketing manager, in statements to the Spanish newspaper Brand, the Argentine ace generated revenues of around 700 million euros. Club owner Nasser al Khelaifi is now hoping that the investment made in the renewal with Kylian Mbappé will have the same effect on the club’s accounts.

In the last season alone, Messi cost PSG around 40 million euros, but it turned out to be a profitable investment, as the Parc des Princes club never had as much revenue as last season. Messi’s arrival attracted ten new sponsors, with much higher deals than those PSG already had. “We had contracts worth between 3 and 5 million and now they range between 5 and 8 million, which is a considerable impact”, says Marc Armstrong, PSG marketing director.

Profits associated with marketing grew by 13 percent, with the entry of brands such as Dior, Gorillas, Crypto.com, Autohero, GOAT, Smart Good Things, Infinity Sports Water, Geekvape, PlayBetR, Volt or Big Cola. As far as cryptocurrencies are concerned, now down with the war in Ukraine, the value of PSG’s currency doubled when it was confirmed the hiring of Messi, who charges part of his salary in fan token.

“We were closing a deal with a cryptocurrency before signing Messi and in the following weeks the price soared because people showed interest in joining the boat,” Armstrong revealed. The club ended up surpassing for the first time in its history the 300 million revenues in this chapter.

Another area in which PSG had exponential growth was in the sale of jerseys. The arrival of Neymar, as well as the growth of Mbappé, had already resulted in record sales, but the arrival of Messi took the club to another dimension. The Argentine allowed a turnover of around 41 million euros. More than a million shirts were sold, 60 percent of which with Messi’s number 30, which allowed PSG to present numbers identical to Manchester United’s in this chapter. In just the first three hours that the jerseys were on sale, the club had an income of 933 thousand euros.

“Demand grew by 30 to 40 percent. When you make a signing of this scale, like Cristiano Ronaldo at United, for example, you might think you’re going to pay the player with the sale of shirts, but it’s not quite like that. Can’t produce that many sweaters. The agreement is defined to guarantee some very important minimums, but we were not able to fulfill Messi’s shirt requests. We are already selling a lot of jerseys, perhaps more than any other club in the world for just one player, and that takes us to the next level.”

Messi’s arrival also had a huge impact on the club’s social media. PSG gained 15 million followers across all its platforms and for the first time surpassed the 150 million barrier. “We gained an average of 1.4 million new followers per week and were the first club to reach 10 and 20 million followers on TikTok. We have also become the most important French brand on Instagram», highlights the head of marketing.

The signing of the Argentine international from Barcelona also led to a significant growth in demand for tickets, with queues on the club’s digital platform exceeding the supply by eight times.

Videogames entered his life in the late '80s, at the time of the first meeting with Super Mario Bros, and even today they make it a permanent part, after almost 30 years. Pros and defects: he manages to finish Super Mario Bros in less than 5 minutes but he has never finished Final Fight with a credit ... he's still trying.
Previous Bermuda star of the summer, high waist and retro style is the new must-have shorts
Next films, series and programs to see on June 24, 2022