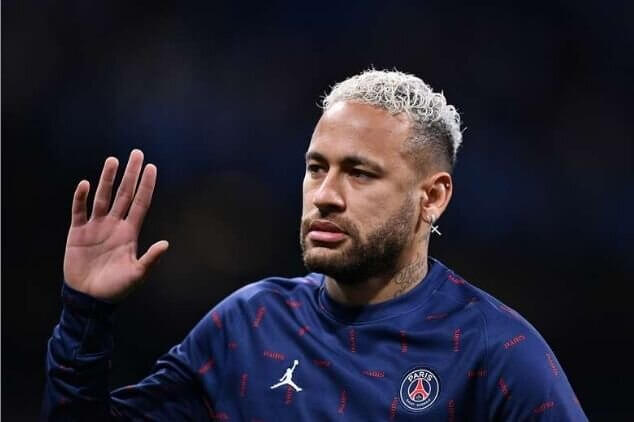 The 2021-2022 season for Barcelona was not the best. Even so, the team once again managed to qualify for the next edition of the Champions League, even with some anticipation. For the next season, the board moves in the market in search of reinforcements and famous names are linked to the Club for the next transfer window.

According to the website “Footmercato”, Neymar was offered to the Spanish team and other European giants. According to the information, the salary of R$ 155 million, in addition to the successive injuries and the performance below expectations, not to mention the lack of the main objective of winning the Champions League, make the player generate dissatisfaction at PSG, which is looking for a solution for the player.

Mbappé renews with PSG and will receive astronomical values

In 2017, Neymar was sold to PSG for a record €222 million. During the period playing for the French team, the number 10 came to have his name linked to Barcelona and almost transferred to the Club. His contract with Paris Saint-Germain runs until 2025 and the striker wants to fulfill his contract until it expires.

Despite PSG’s offer, Barcelona is not considering signing Neymar and is looking for other names in the international market. Recently, the team had its name linked to Brazilian Raphinha, from Leeds United, and striker Lewandowski, current winner of the Ballon d’Or. This Sunday (22), Barcelona ends its participation in the season, when it faces Villarreal. The team is guaranteed in the second position of La Liga.

PSG, in turn, is experiencing a lot of activity in the transfer market, with the departure of Ángel Di María and the renewal of Kylian Mbappé until 2025, which required a great financial effort even for the French club, a factor that also can influence the decision to look for a way out for Neymar or not

Videogames entered his life in the late '80s, at the time of the first meeting with Super Mario Bros, and even today they make it a permanent part, after almost 30 years. Pros and defects: he manages to finish Super Mario Bros in less than 5 minutes but he has never finished Final Fight with a credit ... he's still trying.
Previous In Monopoli Carolyn Smith, Bianca Atzei in the masseria. Bono Vox in Ostuni, waiting for Angelina Jolie
Next Films and Programs for Today Sunday 5 June 2022