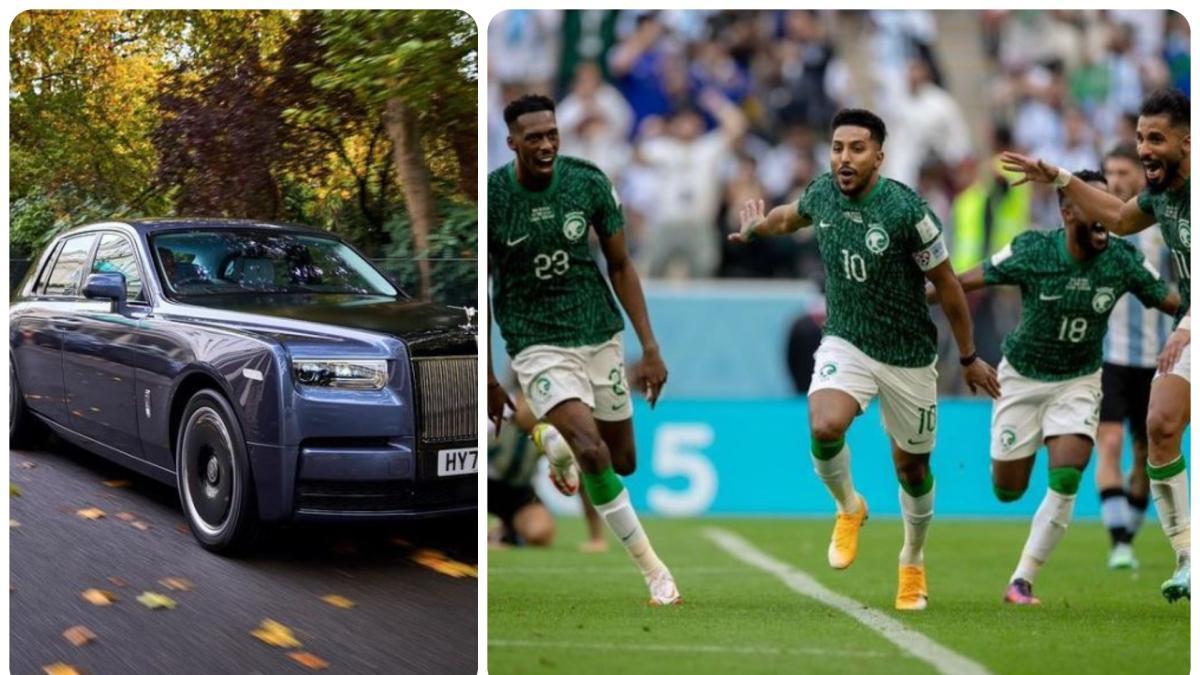 Qatar 2022, Saudi Arabia and the “Rolls-Royce bonus” to players

The victory over Argentina will not be remembered by the Saudi players only for the emotions experienced on the pitch. A €500,000 luxury car awaits them on their return from the World Championship

Even if the matches continue in Qatar, the 2022 World Cup has already entered the history of Saudi Arabian football. The 2-1 win over Leo Messi’s Argentina on the first day of Group C was unforgettable. The goals by Al Shehri and Al Dwasari, however, also had another effect: the conquest of the “Rolls-Royce bonus”. An award in the shape of a luxury car from the famous English brand, to thank footballers who became national heroes immediately after the triple whistle.

The initiative was taken directly by Saudi Arabian Prince Mohammed Bin Salam Al Saud. A choice to pay homage to the players. The model chosen for everyone is the €500,000 Rolls-Royce Phantom. A powerful car, equipped with a 6.75-litre naturally aspirated V12 engine capable of delivering up to 563 HP and 900 Nm of torque. In short, an elegant and luxurious sedan, but still extremely powerful.

The Phantom also boasts an interesting top speed of 240 km/h. Acceleration is also remarkable: it goes from 0 to 100 km/h in just 5.5 seconds. Fast and burning exactly like Saudi Arabia on the pitch in an already epic second half. The story can continue against Poland and Mexico, the last opponents to challenge to try to write history, accessing the knockout rounds. And who knows what the four-wheeled surprise might be in the event of qualifying for the round of 16?