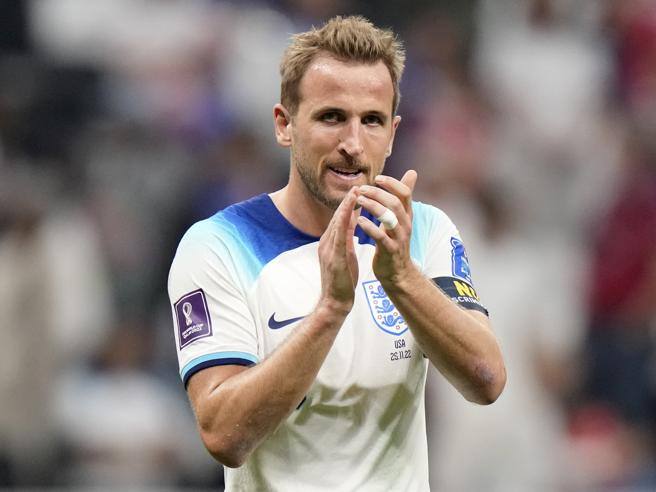 • The World Cup in Qatar continues today, Tuesday 29 November. Here the results, the calendar and where to see all the games

• Today’s matches: the third day of the group stage begins. At 16.00 Group A ends with the Netherlands-Qatar and Ecuador-Senegal. In the evening, at 20, here is Group B with Wales-England and Iran-United States.
• In yesterday’s four matches in Group G, success for Brazil (1-0 against Switzerland) and a 3-3 draw between Cameroon and Serbia. In Group H, on the other hand, Portugal (2-0 against Uruguay) and Ghana (3-2 against South Korea) won. Here everything that happened

• Yesterday, the Onana case was born, eliminated by Cameroon a few minutes before the match against Serbia
• Today therefore is the day of Iran-USA, the most tense match of the World Cup

No reconstruction from the fracture, Andr Onana’s World Cup is already over. Suspended by the Cameroonian federation for disciplinary reasons after his exclusion from the match against Serbia, the Inter goalkeeper will not stay with the Indomitable Lions and was already at the airport this morning to leave Doha. According to The quipand, Onana flying towards Paris and from Yaound, Cameroon, before returning to the orders of Simone Inzaghi.

A prominent Qatari official involved in organizing the World Cup said that Qatar 2022 infrastructure construction deaths numbered between 400 and 500. Hassan al-Thawadi, secretary general of the Supreme Committee for Development and Heritage spoke about it during an interview with the British journalist Piers Morgan. The facilities, costing over 200 million dollars – not only the stadiums but also two new subway lines and other infrastructure – have for months been at the center of criticism from pro human rights groups with regard to workers’ rights. The Qatari government has not responded to the claim.

Morgan asks: What is a realistic, honest total of migrant workers who died of… As a result of work done for the World Cup? The estimate of 400, between 400 and 500 – replies al-Thawadi – I don’t have an exact figure, but something that has been talked about. In 2021 for the Guardian he had even estimated the victims over the years at 6,500. In any case, the local authorities had never admitted anything like this.

11:53 am – Fifa fines Germany for a press conference without players

Germany have been fined 10,000 Swiss francs (about €10,500) for failing to bring at least one player to the press conference before the World Cup match against Spain. Fifa today announced the sanction, which was accompanied by a warning. Only the coach, Hansi Flick, was present at the press appointment and, according to Fifa rules, there should have been at least one player, but Flick decided to spare them the long journey so they could prepare as best as possible for the match. Germany’s next mandatory press conference will take place on Wednesday on the eve of their final and decisive group match against Costa Rica.

11.18 am – Deschamps: Benzema on vacation? I already have 24 players to think about

Benzema on vacation? Not something that occupies my mind. I don’t know who says what and how. You know the situation and the times of his recovery. Cos Didier Deschamps, coach of France, speaking at a press conference on the eve of the match against Tunisia at the World Cup, answered a question on the rumors circulating in recent days of a possible return of Benzema for the final phase of the tournament, later denied by the arrival of the attacker this morning in the Reunion Islands for a holiday.

Mario Ferri is free again. Falco, who yesterday invaded the pitch at the World Cup as his habit – this time with a rainbow flag – was released after a night of detention. The man this time also wore a t-shirt with Respect for Iranian Woman written on the back and Save Ukraine on the chest.

09:30 – The situation group by group before the third day

08:22 am – Iran, the regime threatens the families of the players

The families of football players Iranian national team in the World Cup in Qatar – today there is the Iran-United States match, the most politically tense match of the whole World Cup – they would have been threatened with arrested and tortured in case the players did not behave properly, a source involved in security revealed to the Cnn. Following Iranian players’ refusal to sing the national anthem before their opening match against England on Nov. 21, the source explained the players were summoned for a meeting with members of the Iranian Revolutionary Guard Corps (IRGC). According to what has been specified, the footballers were allegedly told that their families would face violence and torture if they did not sing the national anthem or if they joined any political protest against the regime in Tehran. And, in fact, in the second game the anthem was sung before the second game, which was won against Wales. Together with a large part of the supporters, who would have been fake supporters to create a false sense of support and who today – the game is played at 20 – will have increased significantly by the thousands.
There are a large number of Iranian security agents in Qatar collecting information and monitoring players, the source said, according to whom Carlos Queiroz, the Portuguese coach of the Iranian national team, met separately with Iranian officials following their threats to players and their families.

The program with timetables, TV and all the results of the World Cup in Qatar. Here’s where you can see them.

David Martin is the lead editor for Spark Chronicles. David has been working as a freelance journalist.
Previous The Opinion of Freedoms
Next Torino Film Festival, the suggestive horror thriller Nocebo with Eva Green and the surprising Illyricvm