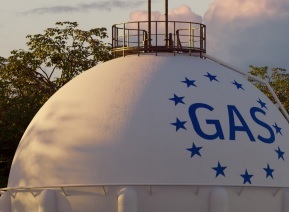 Qatargate, Doha warns the EU: sanctions against us could affect energy security

While yesterday he rewarded his very expensive Paris Saint Germain jewels, Lionel Messi and Kylian Mbappé, after the world final of the Argentina – France soccer world cup, the Emir of Qatar Tamīm bin Ḥamad Āl Thānī had already started the economic counter-offensive -diplomatic-politics against the (mild) sanctions of the European Union towards its lobbyists.

As reported by the Financial Times, commenting on the EU’s decision to suspend legislative work on relations with the emirate, a Qatari official warned the EU Commission that “The decision to impose such a discriminatory restriction on Qatar, which limits dialogue and cooperation before the conclusion of the legal process, will adversely affect regional and global security cooperation, as well as ongoing discussions on poverty and global energy security» and added that «Despite Qatar’s commitment to continue expanding the association [con l’Ue]it is very disappointing that Brussels made no effort to cooperate with Doha to clarify the facts once it became aware of the allegations.

Accusations which, to tell the truth, Qatar had denied even if all the facts later confirmed that the Arab countries involved in the scandal were Qatar and Morocco, with which the corruption allegedly concerned EU fishing rights, phosphate and above all the non-recognition of the Sahauri Arab Democratic Republic, the Western Sahara – former Spanish Sahara – which Rabat has illegally occupied since 1976.

The Qatari official said the emirate “does not intend to cut off the supply of liquefied natural gas to Europe, nor politicize gas exports. We’re not threatening to cut supplies or anything like that. We are simply saying that disrupting communication in the European Parliament in this way limits cooperation.”

And, after the storm that saw the Italians and the now former Greek vice-president of the European Parliament Eva Kaili as protagonists, friends from Qatar are returning to Brussels and say they are worried that the scandal will affect ties with Qatar, destroying lucrative business deals gas and real estate/industrial and arms sales to what was, is and remains to all intents and purposes an absolute dictatorship accused of financing jihadist militias in Syria and Libya and in other countries, much more dangerous teams than Paris Saint Germain and other clubs European football.

It is evident that, as we had written in our own small way, we too of greenreport.itthat replacing Russian gas with that coming from other authoritarian regimes such as Qatar, Azerbaijan, Angola, Algeria and Mozambique is not a great idea, especially from the point of view of defending democracy which is invoked by the EU.

The double standard (both political and sporting) no longer works and, sooner or later, requires paying the bills, even those of corruption and complicity with dictatorships.

David Martin is the lead editor for Spark Chronicles. David has been working as a freelance journalist.
Previous Aishwarya Rai Bachchan is wearing designer Desi on the red carpet, not Sabyasachi
Next Sci fi TV series Inverse – The Peripheral, season 1 with Chloë Grace Moretz: plot book