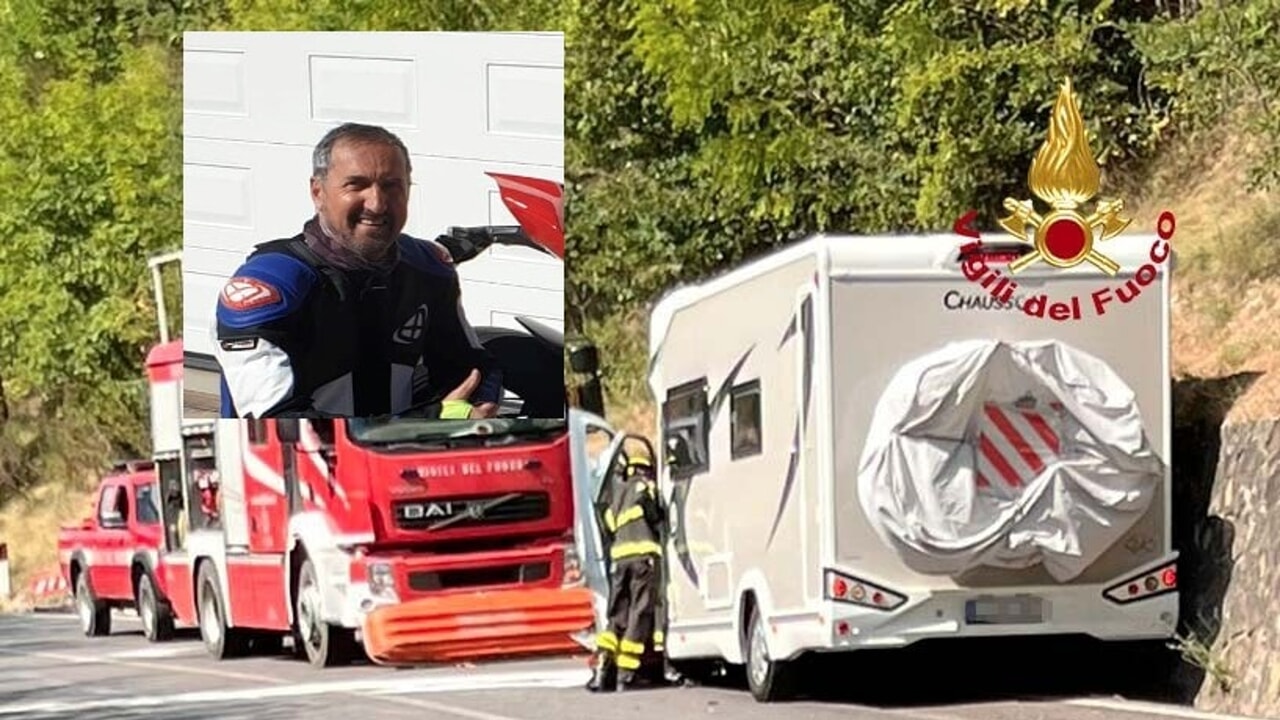 Road tragedy, 61-year-old motorcyclist dies in an escarpment after colliding with a camper

That for the bike was a great passion. Along with that for the bicycle. And right in the saddle of his Ducati Adriano Carboni, 61 years old from Chiassa Superiore, made his last trip. His life was broken following a terrible accident this afternoon along the Sr 71, in Groppino near Corsalone. In fact, his bike collided with a camper and in the impact it went off the road and fell into the nearby escarpment. A flight of about 30 meters, which left him no way out.

The reconstruction of the dynamics

According to a first reconstruction of the Carabinieri, it was just a few minutes to 15 when the camper, a Fors Chausson with a Danish plate and with a 60-year-old resident at the wheel, and the motorcycle driven by Carboni collided.

The motorcyclist was traveling towards Arezzo when, facing a curve in the “ups and downs” that has already seen many accidents in the past, he would end up against a camper traveling in the opposite direction. Carboni went off the carriageway and fell for about 30 meters, ending up close to the cycle path that runs along the Arno.

The emergency medical personnel rushed to the scene and auto-medical, blsd of the Misericordia di Badia Prataglia and Pegaso 2 were activated, but his flight was interrupted: the man died on the spot.

Both vehicles were seized for the necessary investigations. The body is at the disposal of the judicial authority which was promptly informed by the military of the Chiusi della Verna station.

The pain of the Chiassa community

Carboni was well known in Chiassa. Over time, his passion for cycling led him to become one of the organizers of cycling events that took place in the Arezzo area. The last one, the “Roghi” memorial and the “Anselmo Carboni” memorial, took place on 23 April.

Carboni was known and esteemed by his fellow villagers. The news of his disappearance created enormous emotion and the whole community now clings to his wife and daughters.

Videogames entered his life in the late '80s, at the time of the first meeting with Super Mario Bros, and even today they make it a permanent part, after almost 30 years. Pros and defects: he manages to finish Super Mario Bros in less than 5 minutes but he has never finished Final Fight with a credit ... he's still trying.
Previous Premier: Tottenham-Southampton 4-1, goal from Kulusevski
Next Neymar or Vini Jr.? South America’s Most Valuable Stars in Europe

New accident for a car engaged in a test with five people on board: a …