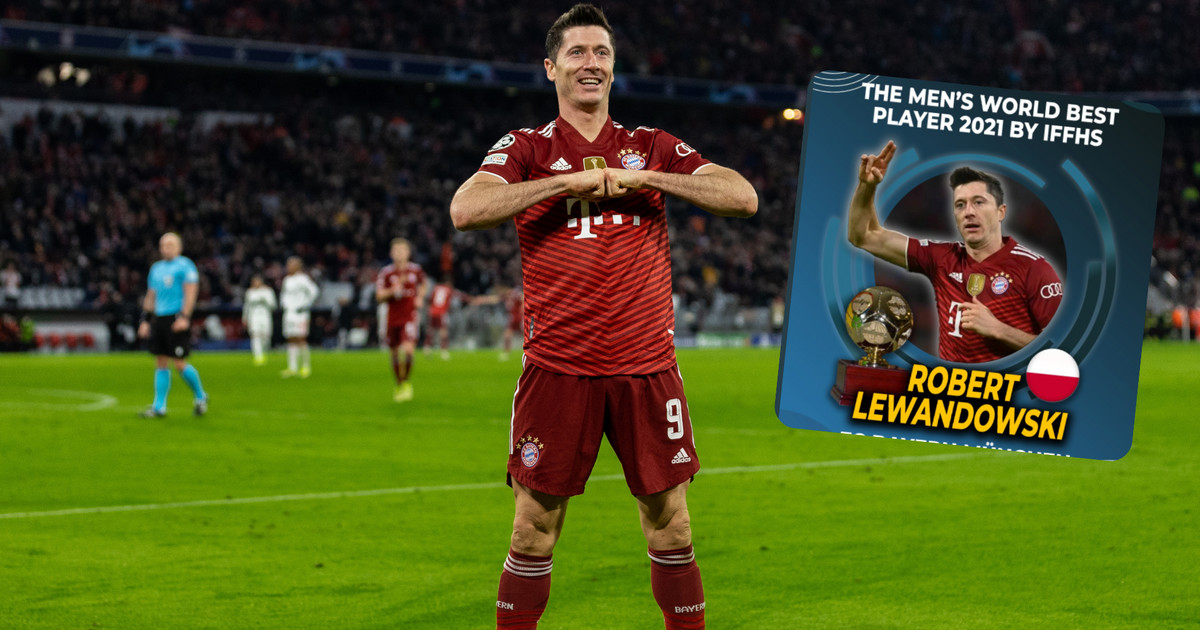 Robert Lewandowski is the best footballer of the year. Another distinction for a Pole

Robert Lewandowski is doing brilliantly this year, achieving excellent individual statistics. The Pole broke Gerd Mueller’s record, scoring 41 goals in the Bundesliga last season. Now he also has several records on his account. So far, it has hit the net 64 times in 2021.

Second on the list of the best scorers in 2021 is Kylian Mbappe, who has scored 45 goals for PSG and the French national team so far. Norwegian Erling Haaland and Cristiano Ronaldo are right behind him, with 43 goals each. Then there are also Karim Benzema and Lionel Messi.

Lewandowski’s achievements were appreciated by the International Federation of Football Historians and Statistics (IFFHS), which for the second time in a row awarded the Polish striker with the title of the best footballer of the year.

This year it is the third award for Lewandowski awarded by the International Federation of Football Historians and Statistics. In January, he was in the “eleven” of the last decade together with Cristiano Ronaldo and Lionel Messi, and in February he took seventh place in the vote for the best player of the last ten years.

David Martin is the lead editor for Spark Chronicles. David has been working as a freelance journalist.
Previous Anti-inflationary shield. Prime Minister Morawiecki revealed the details. Who will benefit?
Next Coronavirus Vaccinations. Israel is considering a fourth dose of COVID-19 vaccine in the face of fifth wave of coronavirus

Bianca Andreescu has had a difficult two years in the COVID-19 pandemic. The Canadian tennis …