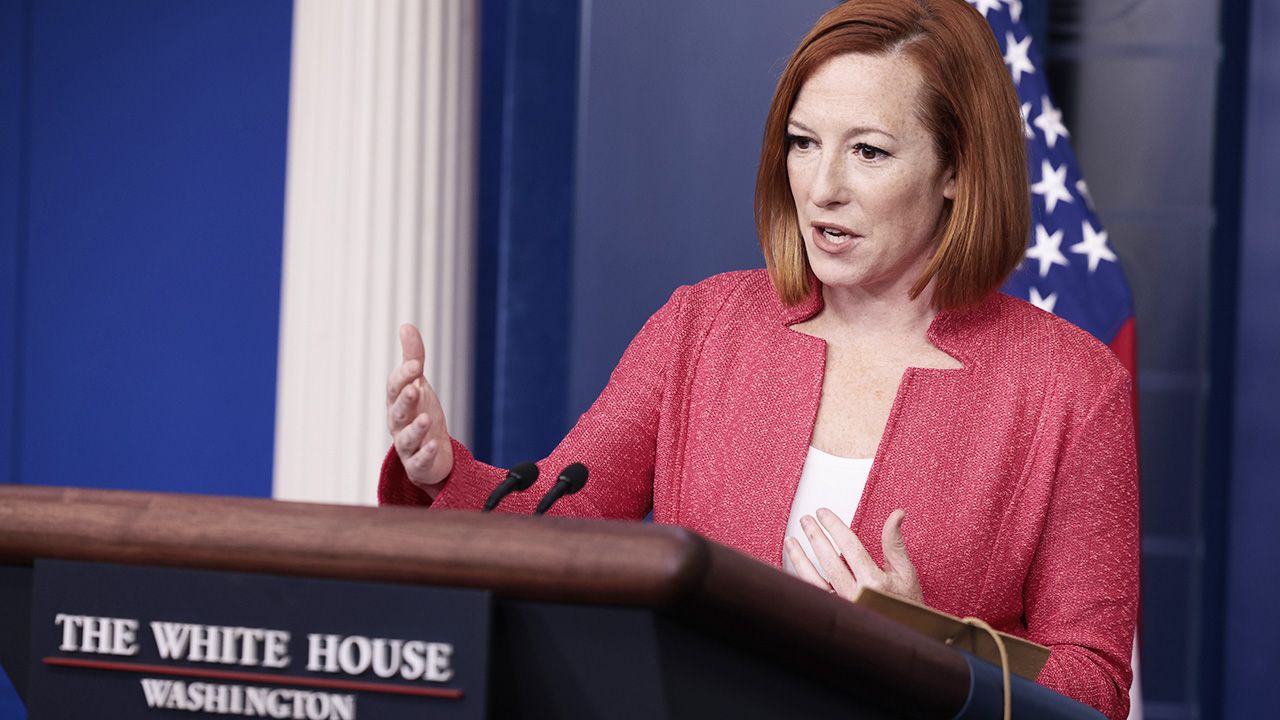 Russia demands that Ukraine reject its efforts to join NATO. There is a response from the White House

It is NATO countries that decide who is a member of the Alliance, not Russia, White House spokeswoman Jen Psaki said on Friday, referring to Russian demands to ensure that Ukraine does not join NATO. Psaki also rejected the suggestion that Ukraine should offer concessions to ease tensions with Russia. A spokeswoman for the White House suggested that an arms supply to Ukraine was involved.

– It is up to NATO countries to decide who is in NATO, not Russia – said Psaki, responding to the press conference to the question whether the US would be able to consider offering Russia guarantees that would exclude Ukraine’s membership in NATO in the future.

The spokeswoman declined to follow up on President Joe Biden’s earlier statement that he was preparing “the most complete and meaningful set of initiatives” in response to a possible Russian invasion.

– We want to assure you that we will be prepared because we know what President Putin has done in the past and we can see that he is preparing the capacity to take action. If he decides to invade, we want to be ready – said Psaki. She added that there were economic sanctions among the initiatives, but she also suggested that it was also about arms supplies to Ukraine. She noted that a set of sanctions is being prepared in coordination with America’s allies and Congress.

Psaki confirmed that the White House was involved in consultations with Russia on the organization of the talks between Presidents Biden and Putin, but did not decide whether or when it would take place.

Stoltenberg: Russia will not decide who is a NATO member

Russia will not decide who is a NATO member – the head of the Alliance responded in this way to the proposal of the Russian president. Vladimir Putin…

The representative of the White House also said that Washington did not intend to put any pressure on Ukraine to offer concessions requested by Russia in order to resolve the crisis.

Let us not forget who provoked the present tensions – it was Russia. And it is Russia’s duty to de-escalate, Psaki said.

Earlier on Friday, President Biden announced that he was preparing a package of “initiatives” that would make Russia’s possible re-invasion of Ukraine “very, very difficult”.

In recent days, White House officials have signaled unofficially that they support the sanctions package proposed in the Senate by the chairman of the foreign affairs committee, Bob Menendez – called by him “the mother of all sanctions” – containing restrictions against a whole range of Russian oligarchs, banks, state-owned enterprises, and the project Nord Stream 2.

Videogames entered his life in the late '80s, at the time of the first meeting with Super Mario Bros, and even today they make it a permanent part, after almost 30 years. Pros and defects: he manages to finish Super Mario Bros in less than 5 minutes but he has never finished Final Fight with a credit ... he's still trying.
Previous 1/4 of the Polish Cup finals: Piast / Górnik – Lech – KKSLECH.com – KKS Lech Poznań
Next Stoch went to the controller. He asked him a question