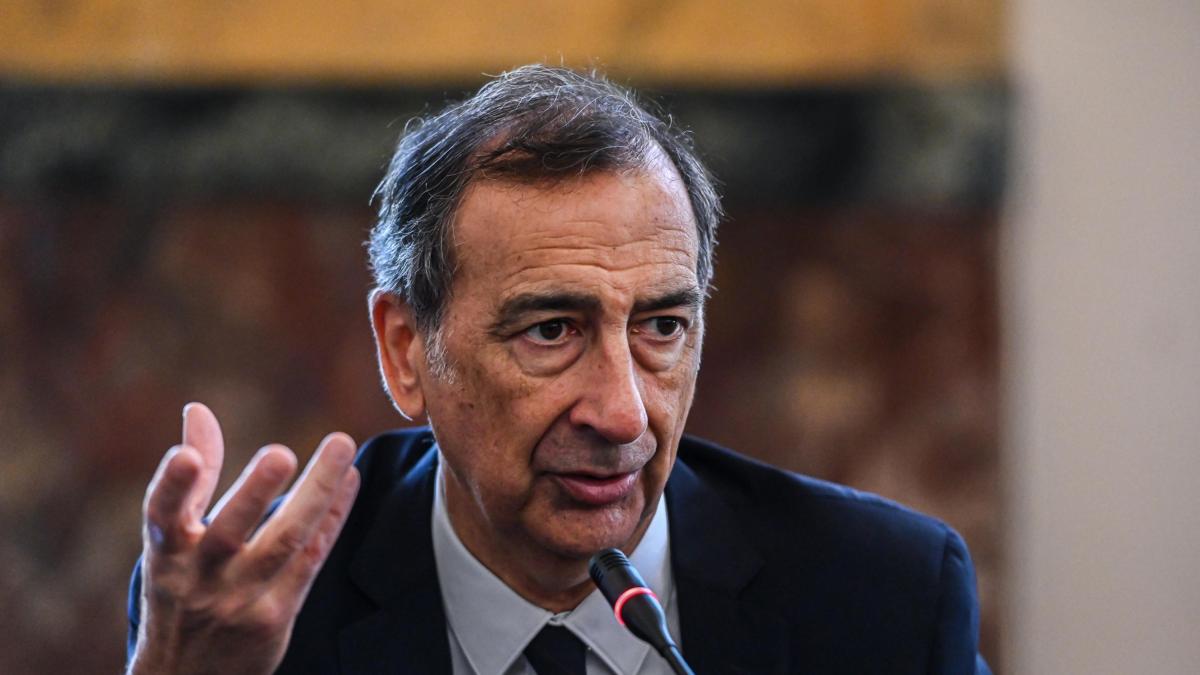 Sala and Meloni’s speech: «I appreciated it on Europeanism and Ukraine. Devastating on the flat tax and the Constitution “

For the mayor of Milan, Giuseppe Sala, lights and shadows in the speech with which the Prime Minister, Giorgia Meloni, collected the confidence of the Senate. “In terms of taxes, fiscal progressiveness is a social achievement”

Dear manager,
we witnessed a significant speech by Giorgia Meloni, who asked for and obtained trust. Then we will see what he knows and can do. The reactions to the Prime Minister’s speech have mostly been in a way that never works too much and that is “eh but you didn’t talk about this and that …”. I would therefore like to reflect on what we heard in that speech. As a far from disinterested observer, both as mayor of Milan and as a participant in the political life of the country, I was able to detect some aspects, which I consider positive, and others, which I consider extremely negativein Meloni’s utterances.

The facts will tell us if his speech is an actual attempt to make terminate the so-called “Italian exception”, carrying in a shared field all political forces, even the most adverse. This country has historically lacked agreement on the republican lowest common denominator. Governments “of responsibility” or “national emergency” have turned out to be a transitory, yet stable, solution. A republican right is desirable and starting from this we can try to see the positive in what Meloni said. First of all the idea of ​​the European Union as the “common home” of those who make it up, which defines a mature and inevitable destiny. The European faith is a reality. It is even more so in a time that, with the pandemic and the consequent geopolitical upheavals, has exposed us to unthinkable risks. This idea of ​​common destiny has nothing religious or sacred at all, it is in things, it is in facts. One can be conservative, but first of all, one must be realistic: you can’t go anywhere on your own, certainly not in such an interconnected world, as President Mattarella pointed out.

The second positive element it derives directly from the pro-European premise and is orientation on war. There is perhaps an irony of history here, for which the prime minister can be challenged for dismissing the Resistance more or less covertly, while Europe is engaged in an action of resistance against Russian aggression. There continuity with the address of the previous government is however confirmed and passes precisely from the awareness that, at all, there is not the idea of ​​Italy colonized by NATO, but rather the defense of the European democratic idea, in the scourged body of an attacked nation.

Then there is a further step, with which the Prime Minister draws a horizon that I would define as decisive. Meloni underlined the importance of the “Mattei doctrine” and of a full cooperation plan between Europe and Africa on the production and sharing of energy resources. It is, in fact, the brilliant and cooperative intuition of Enrico Mattei. The world energy cartels did not allow it to be built, but at the time there was no political Europe like that of today. However, let it be clear that this position also defines a leadership role for Italy on the continent: we need to see if it will be able to exercise it.

I consider some elements to be serious. One above all: the idea of ​​immediately thinking about changes to the Constitution and, therefore, to a radically different structuring of Italian institutions. The hypothesis of an aging fundamental card is constant in the forces that willingly move away from the idea of ​​the lowest common denominator. As if, by changing an institutional system, greater governance and efficiency were guaranteed to the country. This is absolutely not true. If we refer to French semi-presidentialism, my invitation is to look how President Macron is forced to govern the Assembly. That Meloni’s first institutional step is a proposal to change the Constitution does not put a consolidated republican unit on the table: it rather makes it tremble. Among the proposals made, in my opinion the one inherent to the flat tax is devastating, as designed by the Lega di Matteo Salvini. The flat tax, at the levels we are talking about (15%), is objectively unsustainable for a indebted country like ours. Furthermore I consider fiscal progressivity a social achievement. In my opinion, there is no need to go back. Then there is the suspicion of the use of parliamentary committees of inquiry as a political club, and the suspicion grows after what has been said in the Senate. Judging the past with the tools of political inquiry always sounds more like posthumous revenge than justice and efficiency. All the more so with regard to a dramatic situation unprecedented in contemporary history. What will follow from these statements, the news and the history of the coming months will tell us. The facts will prove the intentions. The Italians and the Italians will measure themwhich in this moment more than ever need facts.

Videogames entered his life in the late '80s, at the time of the first meeting with Super Mario Bros, and even today they make it a permanent part, after almost 30 years. Pros and defects: he manages to finish Super Mario Bros in less than 5 minutes but he has never finished Final Fight with a credit ... he's still trying.
Previous Juventus, Allegri’s incomprehensible choices from Milik to Cuadrado
Next On Bergman’s Island (Film, 2021)