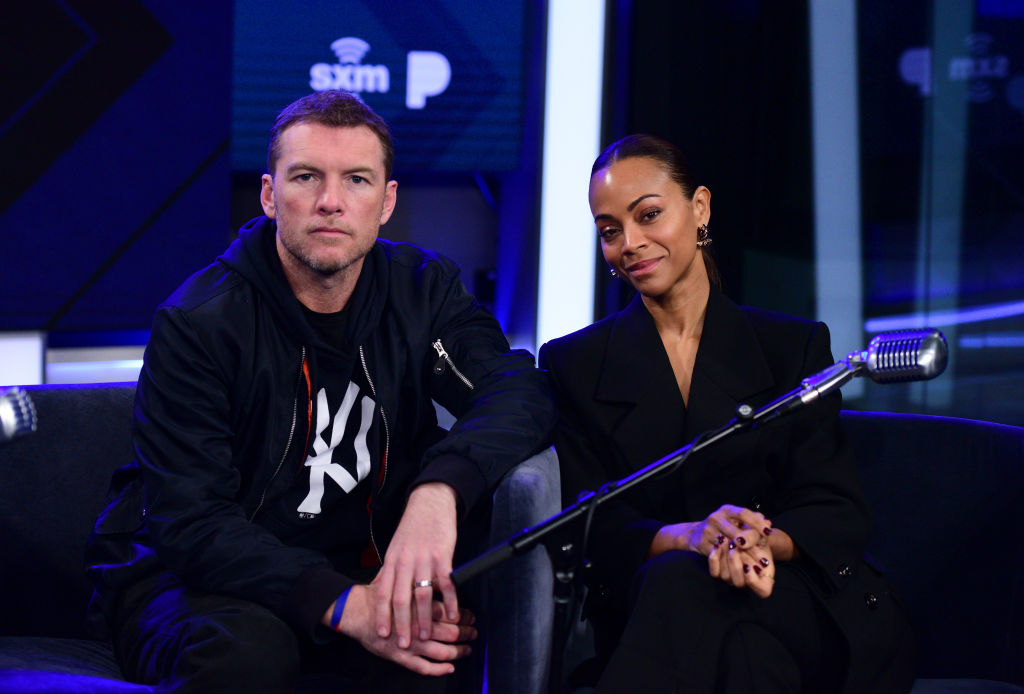 It was 2009 when the film Avatars Of James Cameron debuted at the box office with a record collection of 2.9 billion dollars, consecrating Sam Worthington to one of the biggest, and highest paid, Hollywood stars. Now Sam, who was 29 at the time, recalls with some emotion that moment that changed his life forever. “Everyone aspires to be successful, but they don’t consider that celebrity can lead to losing control of your life. An actor is an entrepreneur of himself, he lives by selling his image of himself. It took me years to learn how to manage my business and myself as a man ”, he confesses openly, not hiding that he had a dangerous alcoholism problem.

“It’s a problem that anyone can fall into, and very common in Australia, the country where I grew up, but the important thing is to be able to recover. My wife helped me, because the family certainly gives stability. She was the one who gave me an ultimatum: that’s how I quit.”

After eight years of sobriety, Sam overcame his slump and got his career back on track. And he’s starring again in the sequel Avatar: the water waya production from 350 million dollars, which aims not only to thrill with action scenes and spectacular adventures in 3D and 3D IMAX, but also to protect the oceans and nature. Sam feels like a more confident man who no longer fears challenges. “Insecurity in any business, not just entertainment, can be a real ‘killer.’ You have to focus on yourself and believe in it, it doesn’t matter if you find obstacles, you have to keep going until you reach your goal. And most importantly, try not to care what other people think or what people say about you. It is important not to listen to all the “noise” around, but to stay focused on one’s work”.

This time, in Avatar: The Way of WaterSam, as the ex-marine Jake Sully, in this wonderful sci-fi saga on an extraordinary planet, has started a family. And he still fights to protect this magical world to which he feels inextricably linked. His partner on the set, as in the first film, is Zoe Saldana (note for Guardians of the Galaxythe films of Avengersand currently on Netflix also in the series From Scratch, set between Los Angeles and Italy and produced by her and Reese Witherspoon). Also in the cast are Sigourney Weaver and Kate Winslet, who previously worked respectively with James Cameron in Aliens – Final Clash and in Titanic.

How was it to make Avatar: the water way?

It was very challenging because the shooting, which started in 2017, lasted five years and we had to play many scenes underwater. Most of the shooting took place in a huge tank (120 feet long, 60 wide and 30 deep) built in Manhattan Beach, near Los Angeles. So the whole thing required a lot of physical as well as mental preparation. Very often people don’t know how much physical work actors have to do, they are not always replaced by Stuntman. I’m adventurous, I’m not afraid of anything, so I had a lot of fun too. We’ve also already shot several other sequences that the director hopes to use in the future to continue this saga. So let’s all hope the story moves forward. Until 2027-2028, four more films are expected.

What do you think of the technology in the film? James Cameron has also based his entire career on innovation.

The technology, the special effects will amaze and enchant you, because they challenge the barriers of the future, between avatars and a possible and marvelous virtual and parallel reality. Cameron and his crew even developed a technology that made it possible to do the work of performance capture underwater. The other actors and I had to learn to fight and make facial expressions underwater. The magic comes from the emotion, from how Cameron is able to make you feel human even in the middle of a big production, from how he is able to create an incredible collaboration between all the actors and the team.

How do you feel your role has changed compared to the first film?

When they chose me for the first film Avatars, I had used up all my money auditioning, I was practically living and sleeping in my car. I was so angry and frustrated at the audition that I improvised the lines. I never thought he would choose me, to the point that I went trekking on top of a mountain, where my phone was dead. It took the production days to find me and tell me that Cameron wanted me. Now, things have changed a lot. I have a lot in common with my protagonist. I’m a father too (he has three children, the youngest born in 2020, with model Lara Bingle, ed) and like him I have a more peaceful life. In the first Avatars I used to be a fearless warrior, now my choices are tempered by the responsibility of being a father first and having to think about the well-being and health of my children and the community. As the title suggests, much of the film takes place underwater. The film is also a true ‘love letter’ to the oceans and their protection.

She is of Australian origin. In Australia, respect for nature and the environment are taught from childhood…

I was born in Surrey to English parents who moved to Perth, Western Australia when I was only six months old. In Australia there is a profound environmental awareness, a great respect for nature and animals. Also because in my country Mother Nature dominates everything, the environment is still very wild. I feel very connected to Australia and I also like the way of working and living there. Australians know how to enjoy life and have a better career-life balance. They play many sports, such as surfing, and outdoor life is a must there.

You have always been a passionate surfer…

I often like to compare life to a big wave: if you don’t take it right and you can’t ride it, it can take you to the bottom of the ocean. But the secret is learning to swim back to the surface. At the beginning of my career, I agonized over the search for the character I was to play. Then I lost the role of James Bond which seemed safe and they cast Daniel Craig. I also lost another part in a superhero movie which went to Ryan Reynolds. It was then that I realized that there is no precise formula in the acting profession, it doesn’t work like an algorithm. That’s why I think the wave is also a great metaphor for the world of Hollywood, where there are so many others like you trying to jump on the right wave. To be successful you need to become masters in knowing how to grasp and dominate it.

In which other projects will we see you soon? In recent years he has split between big blockbusters such as Terminator Salvation, Clash of the titans and more dramatic roles such as for Hacksaw Ridge, The Shack, Manhunt: Unabomberwhile also serving as an executive producer on the miniseries Deadline Gallipoli and in 2022 starred in the miniseries true crime In the name of heaven.

Together with Kevin Costner I will be in Horizon, a series of films set in the West before and after the Civil War. It’s another adventure story that I’m very passionate about. I admire Kevin so much as a man and an actor. He also taught me to be humble. When I was thirty I was very arrogant, growing up I calmed down and I learned to better manage the celebrity, but above all the people to surround myself with. Having trusted people around you is a trump card for stable and lasting success in your career.

David Martin is the lead editor for Spark Chronicles. David has been working as a freelance journalist.
Previous Door Kickers 2 Task Force North Download PC Game For Free
Next France’s World Cup in Qatar seen through the notebook of Deschamps’ assistant