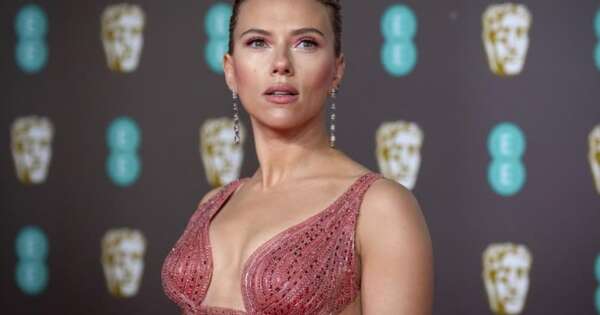 Scarlett Johansson in the trap of sexualization: “Formed to be an actress-bomb sex, I could not get out”

Scarlett Johansson in an interview she revealed that for years she had felt trapped, almost like a slave, dominated by a character for whom she seemed to have been shaped and from which she would have wanted to get out, to escape. that of“bombshell actress”, clothes that he wore above all in the first years of his career. She told it herself in an episode of the podcast Table for Two with Bruce Bozzi.

“When I did The girl with the Pearl Earring And Lost in Translation I was 18, 19,” she explained. “I was becoming a woman and learning about my sexual identity and sensuality. I was kind of trained to be what’s called a bombshell actress in a way. I was playing the other woman and the object of desire and I found myself cornered in this place. I couldn’t get out of it”.

A role in which, according to the actress, once you’ve exhausted the possibilities it offers you, you can’t go any further. “It’s easy to look at a career like that from a distance and say, ‘He’s doing great.’ But those flames are quick and go out, and then the opportunities fade”, explained the diva of Hollywood. “It was an interesting and bizarre dilemma to be in, but ultimately I worked on it and got to carve out a place for myself in other projects and working with great casts”.

Scarlett recalled during the interview that even her role as Black Widow in Iron Man 2 (2010) was initially conceived as “underdeveloped and over-sexualized”. Only with the work with the director and Marvel had that part been revised and had become more complex and layered than it was at the start.

“I became objectified and classified in a way where I felt like I didn’t get offers for things I wanted to do – added the actress to Variety -. I remember thinking, ‘People think she’s 40, like she stopped being desirable and that was something I was struggling with.’ I think everyone thought I was older and had been acting for a long time… I felt like my career was over, I thought: ‘This is the career you have and these are the roles you’ve played, does it end there?’”.

The diva is now on the set of Project Artemisthe film by Greg Berlanti with Channing Tatum.

Journalist. He studied Communication Sciences. Specialization in publishing. He mainly writes about news, entertainment and occasionally sports. Passionate about television and theater.

David Martin is the lead editor for Spark Chronicles. David has been working as a freelance journalist.
Previous 4 finals in 7 editions
Next The Harry and Meghan documentary is a masterpiece of good morning art • Studio magazine