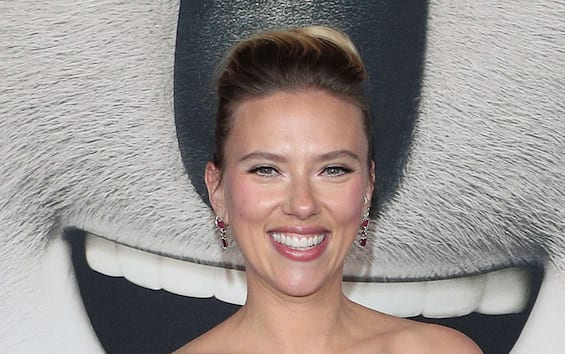 Scarlett Johansson will produce the Amazon miniseries Just Cause, based on the novel by John Katzenbach

A reporter and a man sentenced to death: the actress is the producer and star of the new Amazon project

First time in a tv series for Scarlett Johanssonwhich will debut in the new series The just cause – Just cause. The project, wanted by Amazon, will see her as the protagonist both in front of and behind the scenes. In fact, in addition to playing the role of heroScarlett Johansson will also be engaged in the part productive with the These Picture house, in collaboration with Warner Bros Tv. An important step forward in his career, which at an acting level has already obtained countless awards in the cinema and which is preparing to change its scope, to bring all the experience into the television environment and the knowledge gained in a career that is unparalleled.

Scarlett Johansson, the new film will be My Mother’s Wedding

The TV series is based on the novel of the same name by John Katzenbach published in 1992. The television adaptation is signed by Christy Hall, who may face some complaints from fans of the novel, as the TV series will diverge from the book in several respects, some of which are crucial. These are narrative needs dictated by the television times, which they required some adaptations to make the story compelling and exciting even in serial transposition. Among the most important changes there is certainly the one concerning the protagonist of the story, who in the book is a Miami journalist called Matt Cowart but in the series will become a woman (Scarlett Johansson, in fact) named Madison Cowart, a reporter in difficulty who works for a Florida newspaper. Her job is to tell the last three days of life of a condemned man, a man who knows perfectly well how many hours he has left to live and who will have to bear this strong emotional load until execution. This is not the first time Scarlett Johansson is confronted with Katzenbach’s novel, given that in 1995, when she was still just a child, she starred in the film based on the book, in which she played the daughter of Sean Connery, the protagonist .

As previously anticipated, this represents the real debut in a television series for the actress. It certainly cannot be said that Scarlett Johansson is a debutant in acting, given her extraordinary film career behind her, but certainly a work for the small screen is clearly detached from the cinematic one and also the approach to this new world is an absolute novelty for her. In fact, the experiences made by the actress in brief appearances and cameos made on the show are almost negligible Saturday night life and in Entourage. And the experience in Robot Chicken is still different, in which she lent her voice for the dubbing.

Scarlett Johansson turns 37, all the photos of his films

From the debut film, dated 1994, to the latest Cinecomic Marvel, in which she returns to interpret the superheroine Natasha Romanoff, a photographic journey through the films interpreted by the American actress born in New York on November 22, 1984

Scarlett Johansson in Just Cause, directed by Arne Glimcher (1995)

David Martin is the lead editor for Spark Chronicles. David has been working as a freelance journalist.
Previous Ava Phillippe: Everything you need to know about Reese Witherspoon’s daughter
Next Sid Meier’s Civilization IV Download Full Game PC For Free