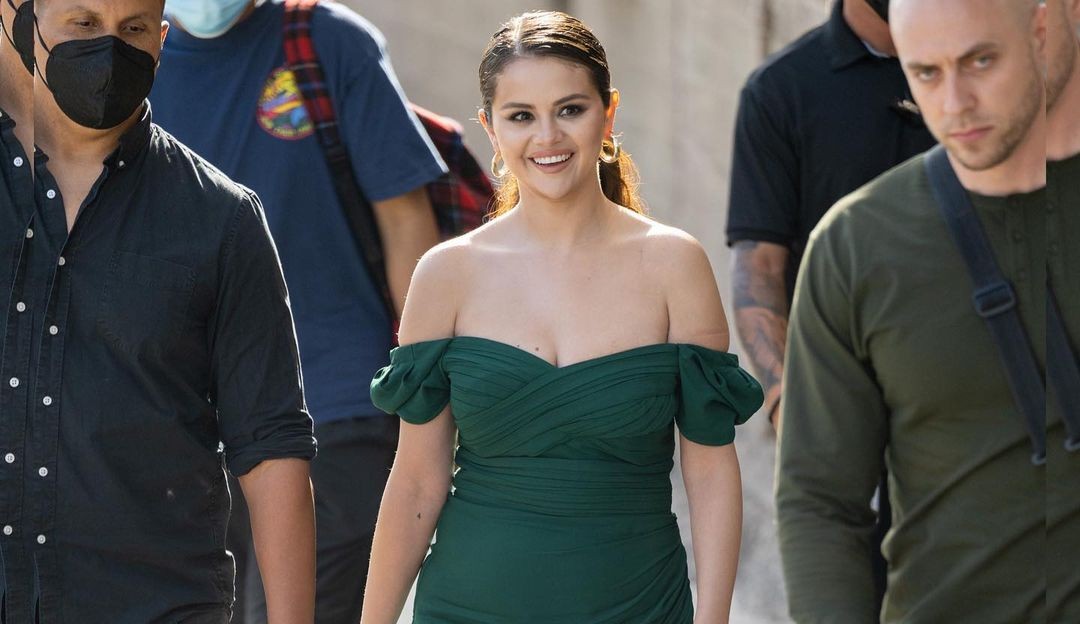 Selena Gomez appears in a “hopeless” dress on the talk show

At 29 years old, Selena Gomez has a solid career to be envied. The actress and singer has been successful since her time at Disney as an actress in the series “Wizards of Waverly Place”, now more mature and with other jobs filling her career, Selena is one of the protagonists of the series “Only Murders In The Building” along with Steve Martin and Martin Short.

Promoting the second season of the comedy-mystery series, Selena appeared in a strapless green dress that accentuated the singer’s beauty. Selena is known for her sophisticated and elegant looks and did not disappoint with her look to appear on Jimmy Kimmel’s talk show. Accompanied by her series partners, Selena talked about what the second season promises.

Another look of Selena’s that won the public’s approval was a black dress that she wore to go out with friends after her performance on “Saturday Night Live”. But the actress is not only known for her looks, Selena has her own makeup line and is also a producer. In addition to her various activities in the film world, Selena also makes a point of talking about mental health and raising awareness of the subject.

Even part of the funds from “Rare beauty”, her makeup line, is earmarked for projects that aim to increase access to mental health services in schools. Selena, who discovered she had bipolar in 2021, gave a speech at the White House in May 2022 on the subject. “[…] I felt like when I figured out what was going on mentally, I realized I had more freedom to be okay with what I had, because I was learning about it.”she revealed.

“Mental health is personally important to me, and I hope that using my platform, I will share my own story and work with amazing people like all of you.”completed Selena in her speech.

Videogames entered his life in the late '80s, at the time of the first meeting with Super Mario Bros, and even today they make it a permanent part, after almost 30 years. Pros and defects: he manages to finish Super Mario Bros in less than 5 minutes but he has never finished Final Fight with a credit ... he's still trying.
Previous Emmy Rossum shows her transformation into Angelyne for the Peacock VIDEO miniseries
Next “I still love Johnny Depp.” But then she shows him evidence of beatings and abuse on TV