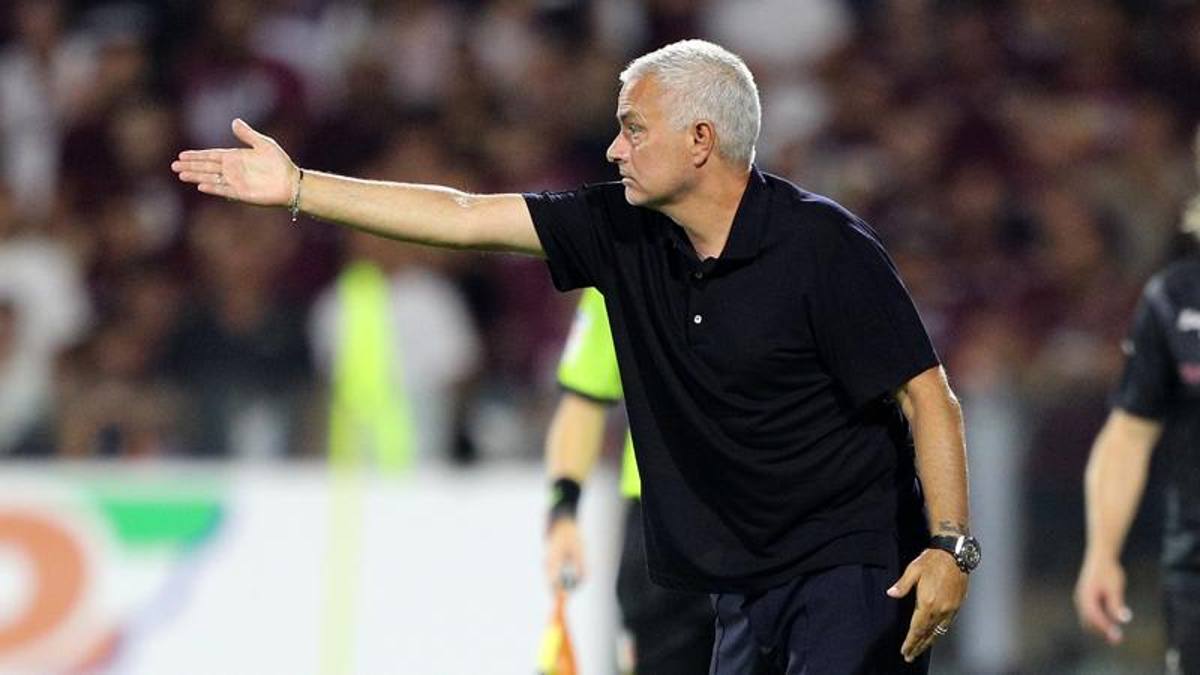 José took away Abraham, Zaniolo, Dybala and won thanks to a goal from a half. They played and won 7 of the top 10 of the last tournament: Di Maria’s Juve tries tonight

Roma won in Salerno in a way that, we are sure, José Mourinho liked it a lot: 1-0 with a goal from a median. Much better than last season’s 4-0. The Rome of the Fab Four risks falling in love with their image as Narciso. Mou, on the other hand, is looking for a solid team that knows how to win even with a short nose, suffer and manage. To go through a long championship, he needs a strong cloth suit, not a variety sequin jacket. Roma scored with Cristante, who should be sacrificed on the altar of more exotic names. We’ll see how many Bryan will miss. One by one, Mou removed Abraham, Zaniolo and Dybala, managed with the muscles of substitutes Matic and Wijnaldum, without taking big risks. Benino Dybala (a post), better Zaniolo who proved to be indispensable, because the only one who attacks the depth in a context of setters. Good the first. A victory like this, as a team rather than as a violin, is worth more than a carefree goleada. The violins will play at the right time. Delicious, to say, an Abraham-Dybala-Zaniolo embroidery in the first half. Roma will not be able to hide, even if Mou tries and sees 17 other candidates who have spent more than Roma. He forgets to mention how much the zero parameters earn and that, if Dybala came to Rome, it was because no one was offering him more money; and that Roma can afford to give their coach a salary that is more than double the Italian champion coach. For the quality and depth of the squad, Roma must run for the best, trying to grow in personality and continuity.

Sarri is right. The Lazio of the usual building, immediately left in 10, won in comeback. Jovic immediately scored in Fiorentina’s victory, a bomber with the icy movements of a cobra who brings something new, indeed ancient, to our areas. He is sorry for the new gaffe of Radu, who fell into the net with the ball: he had just buried the Bologna nightmare under a mountain of feats. Come on, Ionut, get up again. Excellent Cremonese, who almost reached the feat in 10 and deb Alvini very good who piloted it without giving up courage.

Today in Verona, Napoli enters a new era: that of post Koulibaly, Insigne and Mertens, icons that have made the history of the club. It starts with a Georgian and a Korean and a mist of skepticism. “We will make the fans fall in love again”, promises Spalletti. He has all the ingredients to succeed: the solidity of a proven game; novelties arrived (Kvara, Simeone) and arriving (Raspadori) that will bring enthusiasm, hunger and offensive joy. The reduced pressure of predictions can only do good and stimulate pride.

Meanwhile, tonight Raspadori attacks Juventus. Of course Allegri also signed up for the summer game: “You will be your favorite”. He pointed out the “too many triumphalisms” and remembered the 16 points behind Milan. Only a moment later he tried to define Juve last season as “excellent”. How can a season without titles be “excellent”, 16 points from the top? In fact it was disappointing, for results and play. Juve is doomed to relaunch and a good start, after the fool with Atletico Madrid. And it is doomed to high expectations, because if you buy Di Maria, Pogba, Kostic and you have won 9 of the last 11 championships, you have the same chances of hiding as an elephant at a traffic light. Today immediately Di Maria next to Vlahovic, then Kostic at the game in progress. Sassuolo came to win in the last tournament. Juve will have to know how to suffer, as they once found it easy. They have already played 7 of the top 10 of the last championship: maybe with difficulty, but they all won. Juve must already respond.

David Martin is the lead editor for Spark Chronicles. David has been working as a freelance journalist.
Previous Photovoltaic lost fund 2022, how to immediately request the 750 thousand euros: what are you waiting for?
Next vehicles crash into the river, fearful deaths and injuries