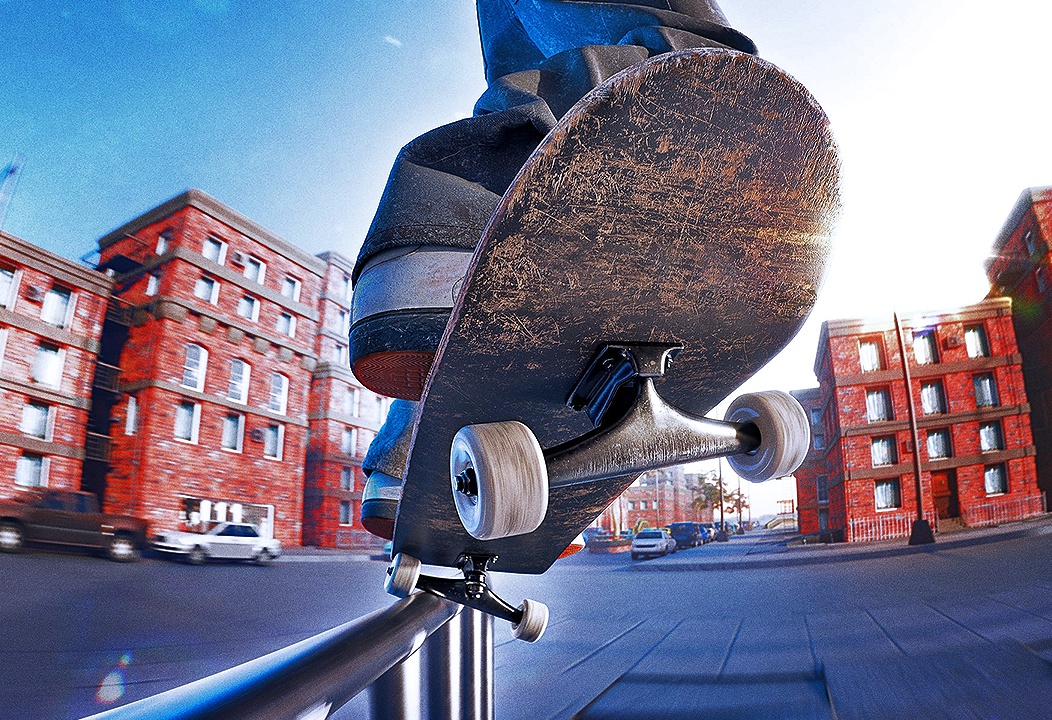 In the review of Session: Skate Sim we explain why, despite the flaws, the title revolutionizes the genre it belongs to.

Sometimes evolution takes really weird forms. In the 1960s, in California, someone thought of taking a board, adding four wheels to it, and jumping on it. The phenomenon becomes a sport and, sixty years later, we have the themed video game: the same experience, but you can control everything by comfortably holding a controller in front of the TV (or a monitor). Well, “same experience” up to a point, you say. And you are right. In reality, this observation has tormented the developers of Crea-ture Studios for some time.

Think about it for a moment. Video game based skateboard have been around for some time, just think of EA’s Skate series or the return of Tony Hawk’s Pro Skater. Session: Skate Sim, however, is as different from all the products just mentioned as day is different from night.

Of course, the sport at the base always remains the same, but this time we found ourselves spending hours and hours with a real simulator, based on the most faithful possible adaptation of the real world experience in playful form; a form that requires time, dedication, patience, to then adequately repay the efforts made.

If you are interested in skateboarding and have long been waiting for a videogame counterpart as realistic and faithful as possible, this could be your chance. You are about to find out, in the review of Session: Skate Sim.

The gameplay Session: Skate Sim is unlike any other skateboarding title you’ve seen in the past. To begin with, its not the classic arcade philosophy; consequently the fairly common scoring system is also missing. One of the characters present, a friend of the protagonist, jokingly insists on this aspect from the beginning. Incidentally, the presence of irreverent, pungent and self-deprecating dialogues also makes the most annoying moments of the title – such as the punitive tutorial – if not pleasant, at least bearable.

From the very first start, Session: Skate Sim will ask you to select a difficulty level, then editable at a later time. Basically, the game is interested in knowing how experienced you are in the sector: the less you are, the more it will go into depth, with patience and perseverance, in explaining every single aspect of the sport you have chosen to practice in videogame form. The control system, remarkably original, changes according to this setting, since it “assists” the user more at the lowest difficulty levels, without ever engaging the autopilot.

The truth, however, is that we are in the presence of a production extremely realistic, of a real simulator and therefore there are really no significant discounts for anyone. The dual lever control system ensures that each of them corresponds to one of the protagonist’s feet. The feeling returned is really almost that of being on a real board: it is not easy to learn to dose weight, control direction and speed, let alone all that myriad of stylish combinations with demonic names. What you need to know is that there are all the possible tricks of the case; that everyone needs a certain execution; that this execution of specific commands also needs timing calculated to the thousandth of a second with respect to the surrounding environment, otherwise you will end up with the poor protagonist crashed into walls, stairways and benches (interpenetration with objects and collisions are not that great ).

The overall feeling is of extreme fidelity to the sport of reference. Moreover Session: Skate Sim is technical and meticulous in his requests, he demands great attention. Aware of all this, the developers have prepared some functionality sensible: for example, you can set your own customized save points within the environments, in order to reload the character and skateboard on the fly right in that position, and nowhere else. In short, the philosophy is granitically that of “trial and error”: you are wrong, you try again, you are wrong again, you try again until a damned execution is not as perfect as it should be. Meanwhile, the hours of play go by without realizing it.

Structure (and some limitations)

Session: Skate Sim is a different title from its older cousins ​​and whoever buys it will do so precisely because of its simulator soul. It is also worth knowing the general structure, because it is one thing to master the skate, another to use it for some more precise purpose. From this point of view, the world offered by the developers is quite limited and consists of a series of points of interest (for skaters) hosted by the cities of New York City, Philadelphia and San Francisco. There is a sort of generic plot – the protagonist, after years at rest following an injury, returns to his great passion – hosting short and very short missions, almost all consisting in the technical realization of certain moves on his table. As a reward, you get a currency that can be spent in the shops of the aforementioned cities, to buy up to two hundred customizations for the main character (and of course for his skate).

Everything works, but it undeniably shows the side from a content and often qualitative point of view. The only thing that is really unassailable, in fact, is the gameplay; already on technical sector leaves much to be desired (even on PlayStation 5), as well as objects and details of the various environments present, collisions, the very personalization of your avatar, completely inconsistent. The structure of the progression itself, in reality, is quite questionable: there is a lack of a story organized in chapters, as well as a minimum pretext that leads to the exploration of the surrounding area; you may very well stay practicing in the first area, forever.

Sure, you say, here the backbone counts, not the frills: but a perfect skateboarding simulator is not necessarily a fun simulator too. Apart from the big sports fans (and, in our opinion, also different from each other), everyone else will risk getting bored after a few hours. Unless they are obsessed with perfectionism: in that case Session: Skate Sim will be able to give them satisfaction, especially at the most prohibitive difficulty levels.

Session: Skate Sim was born with the idea of ​​offering the first, real simulator to skate lovers, completely rejecting the arcade soul and the scoring system of all the other titles dedicated to the sport in question published to date. In this he succeeds perfectly: he is technical, precise, demanding, even at the lowest difficulty levels; it demands a lot, with a challenging learning curve and ingenious control system, but it can also give you satisfaction once you master your board perfectly. The progression consists, however, in a series of missions that are not at all captivating, and in an avatar and skateboard customization system that leaves the time it finds; all without even boasting a significant technical sector, nor a particularly inspired artistic direction. It is clear: the product is recommended to lovers of the sport in question, and to no one else. Try (and fall to the ground) to believe.

He likes dogs, pizza and popcorn. Already a fanboy of Nintendo and Sony, but today throws anything. He has collaborated on sites and magazines such as GameBlast, Nintendo World, Hero and Portal Pop, but today is dedicated exclusively to Spark Chronicles.
Previous Avatar: The re-release features a post-credits scene that leads us to Avatar: The Way of the Water
Next here is a title that can fly. Upside by 176%