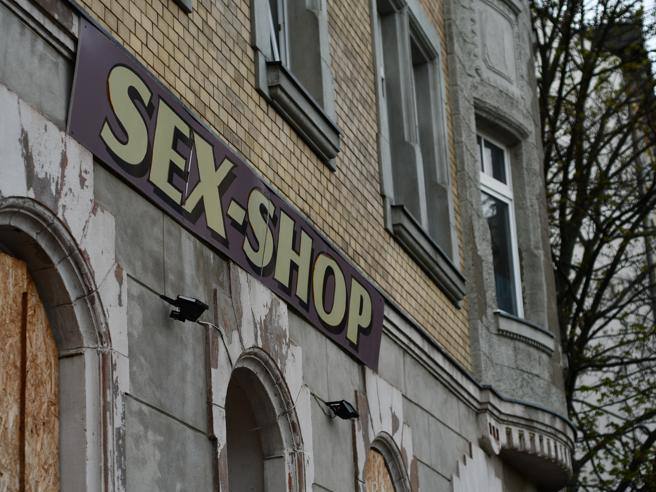 From Bloomingdale’s to Sephora and Rinascente, large-scale retailers are aware of the sex toy market, putting these products in their catalog (for now only online). Likewise, Hollywood stars such as Gwyneth Paltrow and Dakota Johnson have signed and launched lines dedicated to the pursuit of pleasure. What was once considered a niche sector, almost a taboo for many consumers, by 2026 according to the Observatory Global Sexual Wellness Marketwill reach 125.1 billion dollars, at a growth rate of 12.4% per year (they were at 62 billion in 2020). The merit is largely attributabletohe solutions offered by e-commerce, which between online purchases and anonymous deliveries, they have helped more and more curious people to overcome their shyness.

A deal for VIPs

To drag the sector of sexual well-being, as it is now defined, especially the overseas market. For years, Gwyneth Paltrow has launched her sex shop on the online sales platform Goop, where you can buy candles with the scent of private parts, vibrators and games for adults. In 2021, the American start-up Get Maude focused on Dakota JohnsonNow co-creative director, raising investments totaling $10 million. During the same year, Dame Products, founded by a sexologist in collaboration with a mechanical engineer, also raised 4 million. The union of Wow Tech and Lovehoney has instead created a real global giant with a turnover of 400 million dollars and about 700 employees. The case of trademarks is also interesting forhims And forherswhose offer goes beyond products and objects for pleasure and includes solutions for any problems or malfunctions: founded in 2017, the company that combines the two brands in 2022 is valued at 1.6 billion euros.

With a total value of around 600 million euros (according to the estimates of the Dafne Observatory), in Italy there are both established companies and start-ups ready to exploit the opportunities of a rapidly growing market.Among the first there Mysecretcase, which since it was founded in 2014 by Norma Rossetti has raised more than 4 million euros of investments, including international venture funds such as R301 Capital. Even earlier, in 2010, the initiative The red suitcase: reality of multilevel marketing created by Cristina Luzzi and Natalia Guerrero Fernndez which proposed (and continues to do so) meetings between women to talk about and spread a greater culture of sexuality, promoting the sale of products for health, well-being and pleasure. Again, in recent years Y Spot, a Milanese company that uses safe and certified materials, aims to normalize sex toys, taking them out of the drawer.

Dafne, from tourism to sex toys

Among the new projects, Dafne, a startup of sexual well-being, started by Lucia Testa, Rodolfo Lironi and Giacomo Cattaneo who had previously contributed to the launch and growth of Musement, the platform dedicated to tourism acquired by Tui in 2018. In particular, Dafne focuses on Made in Italy quality in a sector that based on products often produced in China. The goal of the Startup – say the three co-founders – is to reach a wide audience by focusing on sustainability and genderless. To date we have in our catalog “Pietro”, unbreakable borosilicate glass dildo created by hand, coolable and 100% recyclable, totally natural lubricants and massage oils, and we are working on the launch of new products with which to expand the range. For this reason, the startup has opened its capital, gathering the support of investors to create the sex toys of the future. As always – the entrepreneurs add – the overseas market is able to provide us in advance with the snapshot and data that this sector will express in our latitudes in a few years. We have chosen to embrace this trend to innovate it with the quality of materials, with low environmental impact, design and manufacturing that Made in Italy guarantees.

David Martin is the lead editor for Spark Chronicles. David has been working as a freelance journalist.
Previous “Avatar: The Waterway”: trailer, cast and plot
Next Falcon 4.0 Free PC Game Download Full Version