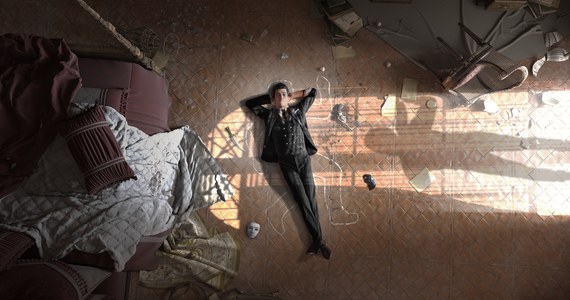 I know and like Frogwares mainly because of The Sinking City (probably the best game inspired by HP Lovecraft stories that has been released in recent years) and the previous installments of the Sherlock Holmes series (Crime and Punishment and The Devil’s Daughter were really good!). The Ukrainians showed in them that they can draw the player to the ears in a virtual intrigue. They also showed that they know how to build characters, create an atmosphere, and give the player enough freedom to make both right and wrong decisions. All these abilities came in handy once again in the work on Sherlock Holmes: Chapter One, which I hope, according to the subtitle, is only the beginning of a longer series.

Sherlock Holmes: Chapter One is the tenth installment of the series for Frogwares, but also a new beginning. The story told in it has nothing to do with the previous games. In it we meet a young (21-year-old to be exact) Sherlock Holmes, who goes to Cordona to visit his mother’s grave. The brilliant detective spent his childhood on this fictional Mediterranean island, and now he will take part in an intrigue about his family’s past. It turns out that the truth about death is not what he thought. On the spot, Sherlock is accompanied by – of course – Dr. Watson, but here he is only … an imaginary, but very helpful friend.

Sherlock Holmes: Chapter One is exactly what any work about a famous detective should be. Brilliant, fun, intriguing, with well-written dialogue, yet brutal. Every now and then we witness a crime, and Cordona is as beautiful as she is full of dangers, class inequality and sexual harassment. There are five main, extensive investigations waiting for us in the game. It takes about ten hours to complete them. However, Frogwares also prepared a whole range of side activities. These are surprisingly good. In addition to fulfilling interesting tasks, we can also infiltrate the hideouts of bandits, decorate a family house or … dress Sherlock in various tricks.

If you’ve been exposed to the work of Frogwares, you should know roughly what to expect from Sherlock Holmes: Chapter One. Every investigation – whether larger or smaller – is about carefully examining the scene, questioning witnesses and suspects, conducting flashbacks, gathering clues, and then putting them together in a mechanic known as the mind palace. Ultimately, we make decisions that lead us to one of several endings (the investigation, but ultimately the game itself). Usually, we can find one of the suspects guilty, help him despite the undoubted responsibility for the crime (if, for example, we think that he had a sufficient motive to commit it) or … fail to deal with the case and make a mistake in giving the verdict.

There were also some news in Sherlock Holmes: Chapter One. For example, the combat mechanics, which were mediocre at best in earlier Baker Street games, have been improved. However, it cannot be denied that the authors created their latest work based on patterns developed in recent years. If these bother you, consider it a disadvantage. If you liked them – for an advantage.

The disadvantage, however, is undoubtedly such an optimization, which causes that even on PlayStation 5 the animation sometimes gets cut, as well as numerous errors in translations into Polish. Although the fact that the game has been localized is undoubtedly pleasing. People with little knowledge of English would not be able to understand most of the nuances. Especially since you have to read a lot in Sherlock Holmes: Chapter One. Among other things, found documents. Without it, we have no chance of success.

Sherlock Holmes: Chapter One is another successful detective adventure game from Frogwares. If you are one of the fans of the genre or, specifically, the works of this Ukrainian developer, you should reach for it without hesitation. Especially if Sherlock Holmes and the works that tell about him are close to your heart.

Fan of video games and new technologies, I am editor in this environment for several years already. I like to share my passion through news, tests and other files. I also love wrestling and Marvel Comics.
Previous Cardi B hits homophobes: “You’re just nasty”
Next Euro NCAP 2021 safety ranking – the safest car models