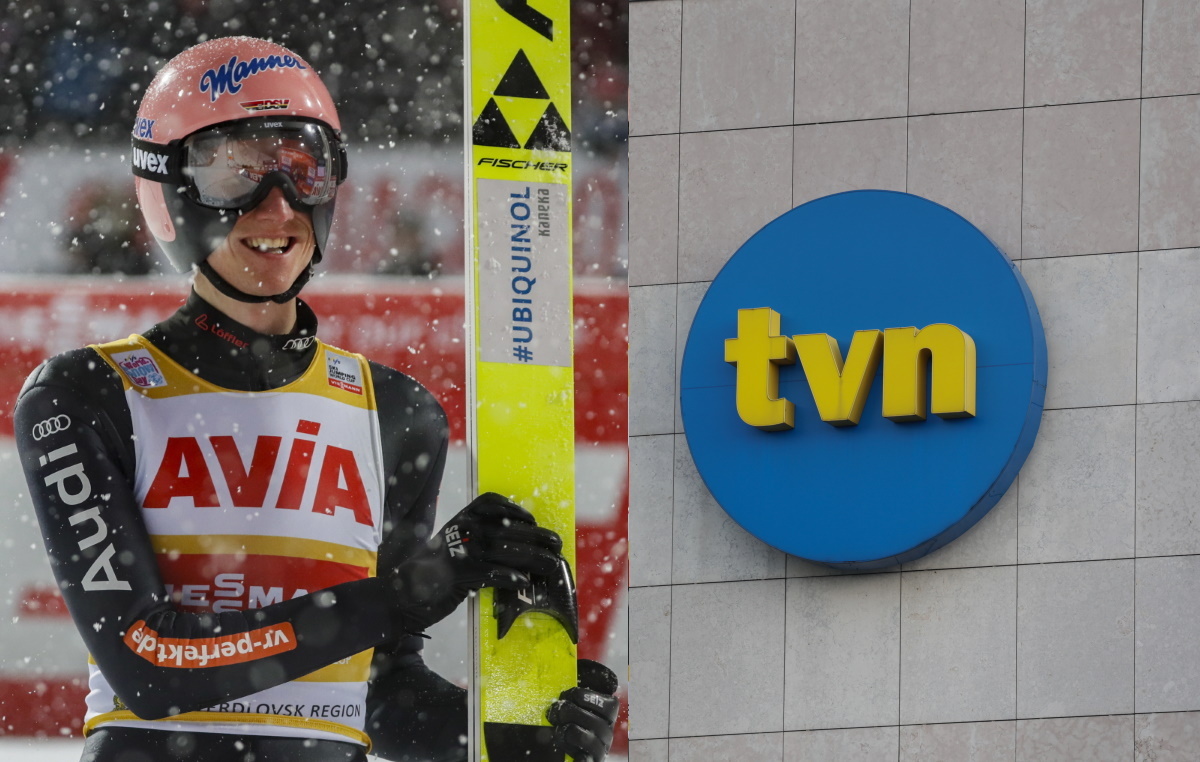 Ski jumping fits TVN like a fist to the nose

Jumping commentators on TVP not only love jumps and jumpers, but most of all they love Poland.

The team of jumpers does not want to be propaganda material for TVN! They prefer to lose than the role of idiots in the anti-Polish sewage!

– wrote on Twitter Krzysztof Wyszkowski, one of the fathers of Polish freedom from communism, currently a member of the College of the Institute of National Remembrance. I was joking on Twitter (after the first world cup competitions this season in Nizhny Tagil): “We are jumping on TVN and we are already losing.” The issue of transferring ski jumping to TVN is a phenomenon that goes far beyond simply changing the broadcaster.

Edward Miszczak, the channel’s program director, said about TVN taking over the jumps: “This is a historic change in our programming offer. Viewers of our main channel and all jumping fans in Poland will enjoy it. We will do our best to make them see this iconic discipline in an unprecedented version. “ We will come back to how TVN gives its best and why it cannot be successful.

Polish Television responded to the refusal to grant a sub-license:

Discovery has the right to jump since 2015 and has so far granted in accordance with the honorary assurance of sub-licensing of Polish Television.

But it stopped giving. The TVP communiqué explained it as follows: “It is hard not to associate this decision with an attempt to include sport in the political dispute around TVN and to use ski jumping as a kind of hostage in this dispute. (…) Taking care of Polish sport and social interest, we appeal to the Discovery group to exclude sport from the ongoing political dispute and to start negotiations in good faith, so as not to destroy what Telewizja Polska has been building for many recent years and allow millions of Poles to experience joint sports emotions “.

Real athletes never prefer to lose, even if they are involved in some out-of-sport competition. But also, of course, they would not like to play the role of “idiots”, not only in some “sewer”. The fact is that in Niżny Tagil it was not good when it comes to the achievements of Polish jumpers. But it was also not good on TVN, which apart from the main antenna broadcasts jumps also on its Player platform (besides, you can watch the jumps in Eurosport, which belongs to Discovery).

Edward Miszczak treated ski jumping as an ordinary sport discipline, or rather a part of the entertainment world. And since the program director of the station does this, it can be considered authoritative for the entire TVN group. And here is the dog buried. TVN and its people do not seem to understand the unique role of ski jumping in Polish society. They do not understand the specific aesthetics developed around jumping (primarily by TVP, but also by the organizers of competitions in Poland). They do not understand the numerous non-sport functions performed by jumpers and jumpers.

Anyone who has ever been to the world cup competition, since Adam Małysz raised this discipline to the “national” status, will easily notice that on TVN jumping is a completely foreign body. Mostly culturally. The competitions themselves in Poland, their Polish elements during competitions abroad, and above all their setting and showing on TVP, is an issue that can be considered a very valuable patent. It is a phenomenon and spectacle that is folk, community, patriotic, noble, pop culture and symbolic at the same time. In TVN, everything is actually something alien and artificial.

Axiological syncretism dominates in TVN. In addition, superficial. The aesthetics of television shows for “young, educated and from a big city” dominates there, that is, in practice, for no one (it is similar in Polish so-called romantic comedies, often co-produced by TVN). Because it is not about the young, nor about the educated, nor about the big city. It is about a specific image of these features, typical of nouveau riche, mainly cultural ones.

TVP found a golden mean between the folklore and the nobility of the jumping message. And it influenced the creation of a large community around ski jumping, for which not only sports results are important, although they are of course very important. It was also influenced by jumpers commenting, who not only had a rich journalistic output, but were also outstanding television personalities: Włodzimierz Szaranowicz, Krzysztof Miklas, Przemysław Babiarz and Stanisław Snopek.

Around the jumps, TVP created such an aesthetic that every Pole could identify with: both a farmer or a laborer, and a university professor. And commentators who not only love jumps and jumpers, but above all love Poland fit into it. This aesthetics did not discriminate against anyone, and at the same time made jumping a feast, a festival of national pride. On TVN, it looks as if the message was directed only to the residents of Warsaw’s Wilanów district. And the commentary is as if it is about any discipline – from ping-pong to curling and golf.

TVN greedily threw himself into ski jumping, thinking that he would repeat the success of TVP and, above all, would “kick” Polish Television. The problem is that this station of the phenomenon and specificity of jumping in Poland does not understand and will not understand. This is a completely different sensitivity, different culture, different values, different aesthetics. With this station it is impossible to create a similar community that existed when TVP broadcast jumping. A vain effort.

Sooner TVN will get bored with jumps than turn them into such a great event as Polish Television did. Because you can already see that it is not for them, no matter how they tried. Anyway, these efforts show that it is going in the opposite direction than it should be in order to sustain the cultural, social and aesthetic phenomenon that jumping has been around for at least 20 years. Poles will not forget what the jumps were, how they were shown, what they caused in Polish society. And TVN is not able to refer to it for many reasons. Unfortunately, this also translates into the athletes themselves, whose size grew with the size of this discipline and the accompanying phenomena, including TVP broadcast. In TVN, it is supposed to be the same sport, but completely different.

David Martin is the lead editor for Spark Chronicles. David has been working as a freelance journalist.
Previous Real Madrid is concerned about Kylian Mbappe’s transfer. All because of the uncertain future of the PSG coach
Next Orlen will reveal the details of cooperation with Kubice. Special press conference