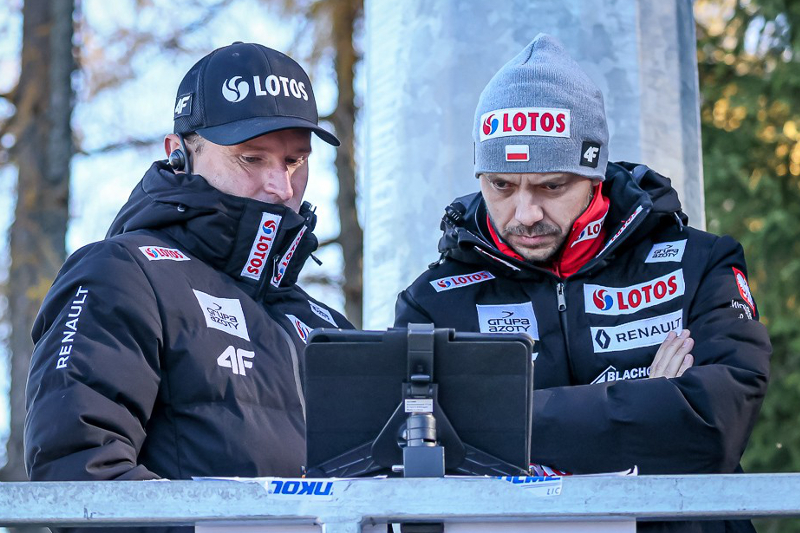 On Wednesday morning, the coaching staff of the Polish national team announced that Aleksander Zniszczoł will replace Klemens Murańka in the World Cup competition in Ruka. Coach Maciej Maciusiak in the “High Flight Program” of the Sports Channel commented on this decision and assessed the training camp in Falun.

– After training, we laughed that Olek Zniszczoł passed the first qualifying rounds, but he had to pass covid tests in the morning. We are still waiting for the results. Let’s hope that everything will be alright, because Olek is doing well. Then he will fly to Ruka tomorrow – says Maciej Maciusiak.

– It was similar at the training camp in Zakopane. There, too, Olek was in front of those players who train in Falun. He was the first in the queue to leave, and now he only confirmed it – recalls Michał Dolezal’s assistant.

The coach also commented on how the other training players look compared to Aleksander Zniszczol: – Tomasz Pilch, Paweł Wąsek, even Maciek Kot are close. They present a similar level. There is Jasiek Habdas with coach Dawid Kwiatkowski, who is also starting to jump in training. We ride from the same beams. He’s still a bit missing, but if he makes a jump, he’s close too. A small hill, there are also small differences.

– We have great conditions, the breeze doesn’t help. Competitors only show what they give of themselves. We are very pleased with how the jumpers present themselves here. And when it is going to be in the competition, we have to wait – adds Maciusiak, cutting speculation at the same time: – There was no idea of ​​replacing more than one player with Ruka. From the beginning, it was assumed that we would start the first two World Cup weekends with one squad.

Aleksander Zniszczol will replace Klemens Murańka in Ruka, who, due to a positive test for the coronavirus, is in quarantine in Yekaterinburg. Apart from him, Kamil Stoch, Dawid Kubacki, Piotr Żyła, Andrzej Stękała, Jakub Wolny and Stefan Hula will perform at Rukatunturi (HS142).

David Martin is the lead editor for Spark Chronicles. David has been working as a freelance journalist.
Previous The CCC Group had a net profit of PLN 12.2 million in Q3 2021/22
Next Israel begins vaccinating young children against the coronavirus