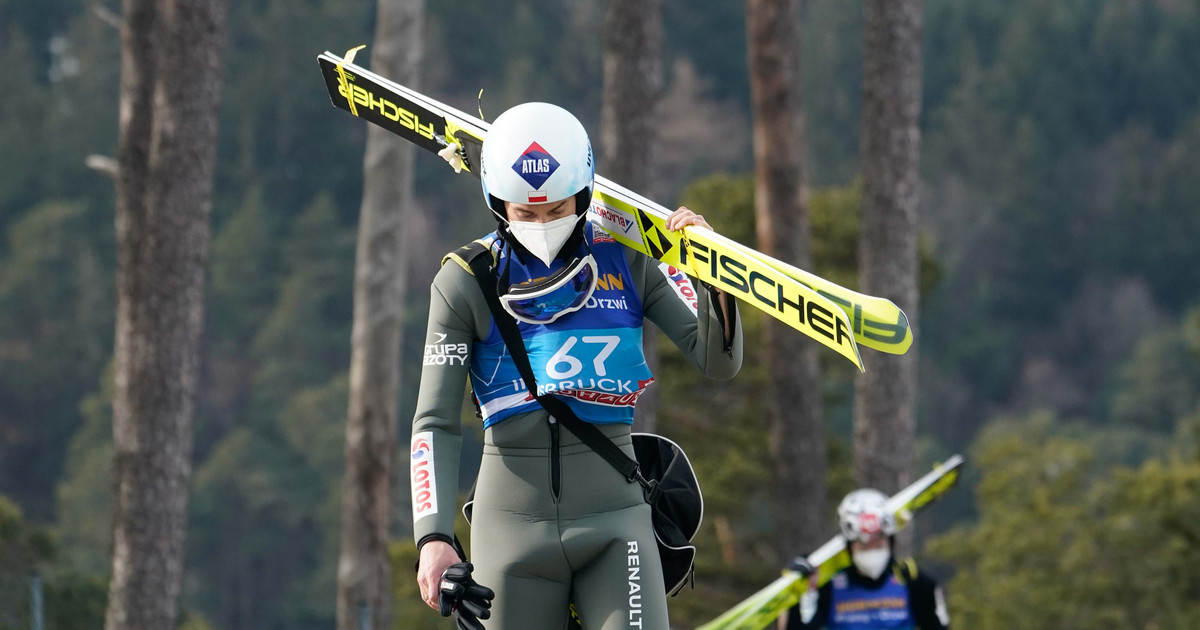 Ski Jumping. WC in Zakopane. Kamil Stoch injured. There is a decision

Stoch was one of 12 Poles who are to perform at Wielka Krokiew im. Stanisław Marusarz. For the Pole, it was supposed to be the first competition since qualifying for the 4-Hills-Tournament in Innsbruck, which he did not make it through.

Stoch, who returned to training on the hill on Monday, after a break caused by weaker disposition, on Wednesday did not take part in the activities of the entire team at Wielka Krokiew im. Stanisław Marusarz.

But the situation was getting worse by the hour by the hour. There was a swelling at the site of the injury. Our jumper’s performance was called into question. An X-ray was needed. After him, the staff doctor decided that Stoch would not perform in Zakopane.

– Kamil has a torn joint capsule in the ankle joint. Fortunately, his bones are intact, but his ligaments are tight. There is a chance for Kamil to perform in the Winter Olympics in Beijing – said Michal Doleżal, the coach of the Polish ski jumpers, in an interview with Onet Sport.

After the competitions in the capital of the Polish Tatra Mountains, trainer Michal Doleżal is to announce the composition of the team for the Winter Olympics in Beijing. After Stoch’s injury, there was a problem. However, it is hard to imagine a situation where the defender of the title on the large hill would not be missing in China.

This weekend (January 14-16), the Ski Jumping World Cup will take place in Zakopane. For Stoch, it was supposed to be a return to competition after an over ten-day break. He made his last appearance at the start on January 3 in qualifying for the 4-Hills-Tournament in Innsbruck. He did not qualify for the competition then and left Austria for home.

David Martin is the lead editor for Spark Chronicles. David has been working as a freelance journalist.
Previous Orlen revealed the cards. Aramco, MOL and Unimot take the assets of Lotos
Next Coronavirus: Variant of Omikron. There are the latest forecasts for the development of the pandemic