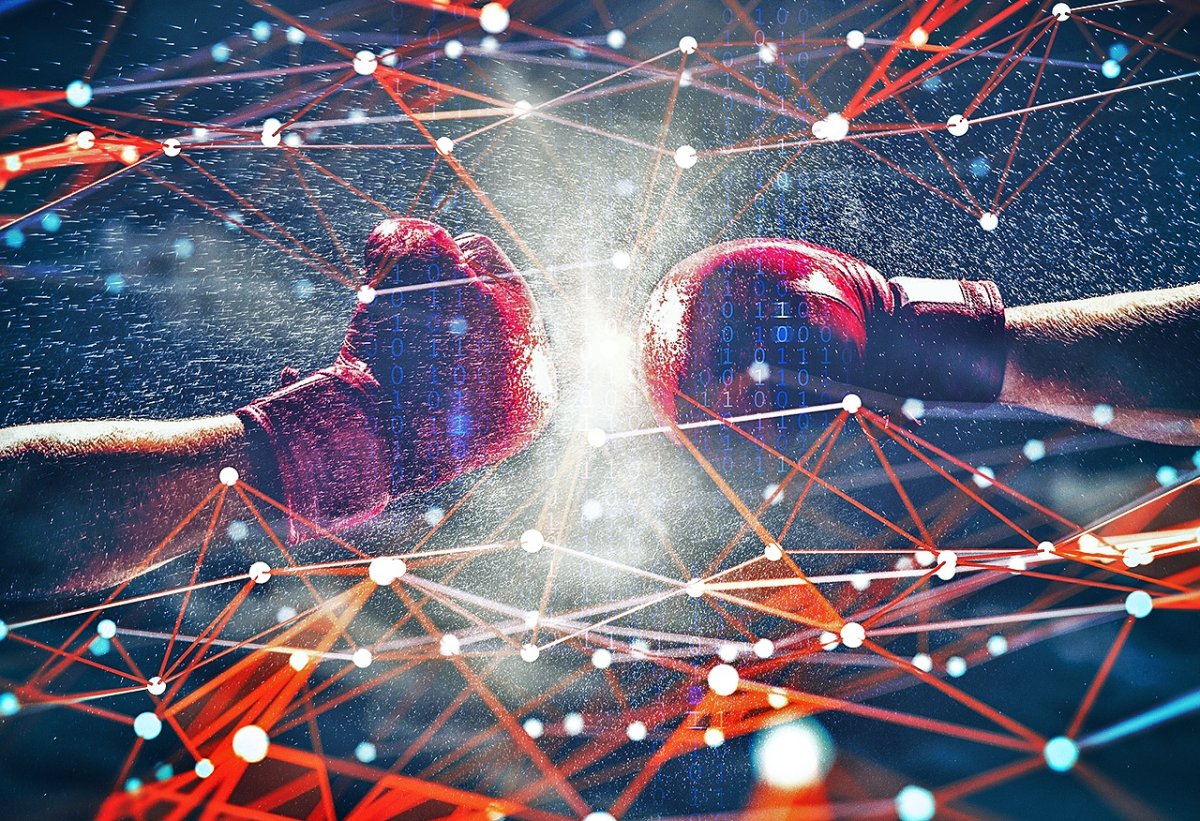 Skill Based Matchmaking: what it is and why it is so controversial

Every multiplayer video game must have something to do with it and in this special on Skill Based matchmaking we tell you what it is and why it is so controversial.

A specter roams the world of video games, it is the specter of skill based matchmaking. Few topics can divide a community of gamers like this, but it is essential to understand the dynamics to understand how multiplayer video games work that pits one player against the other.

Starting any title with multiplayer elements, an algorithm he has to decide which players to fill every single lobby with: this process is the so-called matchmaking. Each development house has its very own recipe and there is no formula that makes all players happy. Some, however, are perceived as fairer than others. Historically the priority has always been the stability of the connection to ensure games without latency or disconnections. In the last 2 years, however, a good slice of PvP (player versus player) online video game lovers have begun to demand fairer, as well as stable, matches.

In this special on skill based matchmaking we will explain what it is, how it works, who is in favor and who is against, also talking about the most important games around which the debate revolves: Destiny 2, Apex Legends, Fortnite and Call of Duty Modern Warfare 2.

What is Skill Based Match making

Skill based matchmaking adds qualitative parameters to technical and quantitative parameters such as connection or position, i.e. related to the performance of each individual player. The most famous is the infamous K / D, that is the ratio between kills and deaths which, if greater than 1, indicates a very active player on the battlefield. Other parameters can be the time spent on the target, the healing provided to allies, the damage inflicted or any other traceable action of the video game being analyzed. All this does not mean that, in the name of equality, the technical parameters are put aside, but only that an extra layer of complexity is added. For example: in Call of Duty it is conceivable that in addition to K / D, the algorithm takes into account the total playing time, statistics and average points per minute scored by each player on average. So, in theory, high-level users are grouped together and new players end up against other users who have just started.

Who likes it and who doesn’t

At first glance this system seems fair, but many do not look favorably on it. Those who make the biggest voice on skill based match making have always been the content creators, especially if they specialize in a single game. This is because there is another factor in the great matchmaking equation: the waiting time. If a streamer is very good at Fortnite and is playing at a time of day when millions of other users are not connected, the game could take up to half an hour to find another 99 people of a similar level to him and with just as much experience. . The other big complaint of content creators is that by only playing with people of their level, the games are all tiring. This means that, in order to win, they are forced to play conservatively (to read boring) failing to bring home those extravagant plays that are the basis of their popularity online.

The time factor, in particular, is an argument that even the most dedicated players of each community support (for example in Destiny 2) who have always protested against the introduction of skill based matchmaking. On the other side of the fence, however, there are 95% of other users or those who dedicate one, two or three hours a week to a multiplayer title. It’s hard to find anyone in this group who isn’t in favor of SBMM for a simple reason that a Reddit user summed up like this: “It’s not that I don’t want to lose, but if I lose 90-10 then something is wrong: either my opponents are too strong, or my teammates are too scarce. ” Everything revolves around a key sentiment: every player must perceive that his performance is relevant. If the opposing team is dominating a match, no matter what a single player can do, the match is lost and the feeling that the game is unfair or bad starts to take root in the user. This chain reaction is very dangerous for a developer, which is why more and more titles, especially among shooters, are adopting the SBMM.

Skill based match making wants to pay every game a challenge, even in non-competitive modes and this leads to legitimate frustrations. Fortnite, for example, has SBMM active on both quick and ranked matches, removing that worry-free play factor many seek from Epic Games’ battle royale. The same can be said of Call of Duty whose standard games often feel too intense and lack the ignorant and noisy charm that is part of the game’s DNA. The solution that would please most players exists, but it’s not that simple to implement: have skill based matchmaking in competitive modes where your rank is at stake and remove it from the quick ones with nothing in play.

Popular streamers such as TimTheTatman they have been spokespersons for this solution but, if it makes a lot of logical sense, it doesn’t make the same from the developer’s point of view. As we said before, skill based matchmaking also serves as a protection for new players, removing it would mean opening a door to the possibility that a new user is repeatedly paved in his first games. This leads to inevitable frustration andabandonment of the game, certainly not a positive result, especially for free to play titles such as Apex Legends or Fortnite. For the sake of clarity we have treated the SBMM as a monolithic entity so far, but it is not. The algorithm that determines the composition of a lobby is made up of tens, perhaps hundreds, of variables so it has a high percentage of customization.

The solution to this dilemma, therefore, could be hiding right in the bowels of the system: Use a full SBMM for the first 25 levels of each new player and then deactivate it in quick games and keep it in competitive ones. By doing so, once you have built a hard core of experience where you almost never get tarmac, new players are ready to enter the game’s ecosystem and everyone else can have fun in quick play and compete in a well-regulated ecosystem. . What do you think of it? Would you like to see Skill based matchmaking implemented in your favorite shooter?

He likes dogs, pizza and popcorn. Already a fanboy of Nintendo and Sony, but today throws anything. He has collaborated on sites and magazines such as GameBlast, Nintendo World, Hero and Portal Pop, but today is dedicated exclusively to Spark Chronicles.
Previous Be careful what you eat, you are putting your health at risk irremediably: here’s why
Next Borsa Italiana, the commentary on today’s session (28 October 2022)