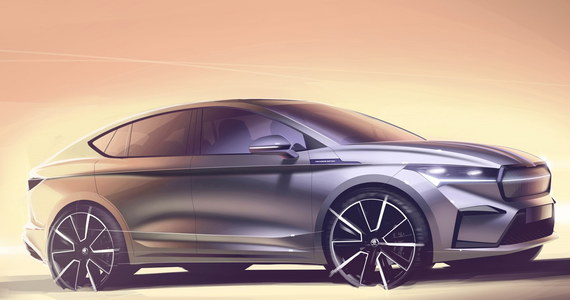 The Coupe version, which is also well known from Polish roads, will differ only in the styling of the rear part of the body, with the roof that slopes characteristically from the B-pillar. Unfortunately, the Czechs will still keep the appearance of the rear lane a secret.

Interestingly, the Enyaq Coupe will be offered with a panoramic glass roof as standard.

The interior with a small screen in front of the driver and a huge screen on the center console also remained unchanged.

The Skoda Enyaq Coupe iV will be available with the same engines as the Enyaq hatchback. Only the basic version of the iV 50 with a 148 HP engine and a 55 kWh battery will be missing, which, however, is not available in Poland anyway.

A masked Skoda Enyaq Coupe iV in the video

The range will be opened by the iV 60 version with a 179 HP engine and a 62 kWh battery. The other varieties have the largest battery available, i.e. 82 kWh. The Enyaq iV 80 has 204hp and the iV 80x has a second engine on the front axle for 265hp and all-wheel drive.

All technical data and the exact appearance of the new model will be announced on January 31 during the official presentation.

The variety offered by video games never ceases to amaze him. He loves OutRun's drifting as well as the contemplative walks of Dear Esther. Immersing himself in other worlds is an incomparable feeling for him: he understood it by playing for the first time in Shenmue.
Previous Monster Hunter Rise PC reviews confirm the successful port. Capcom offers the “final version”
Next Joke? Najman wants to organize a gala there