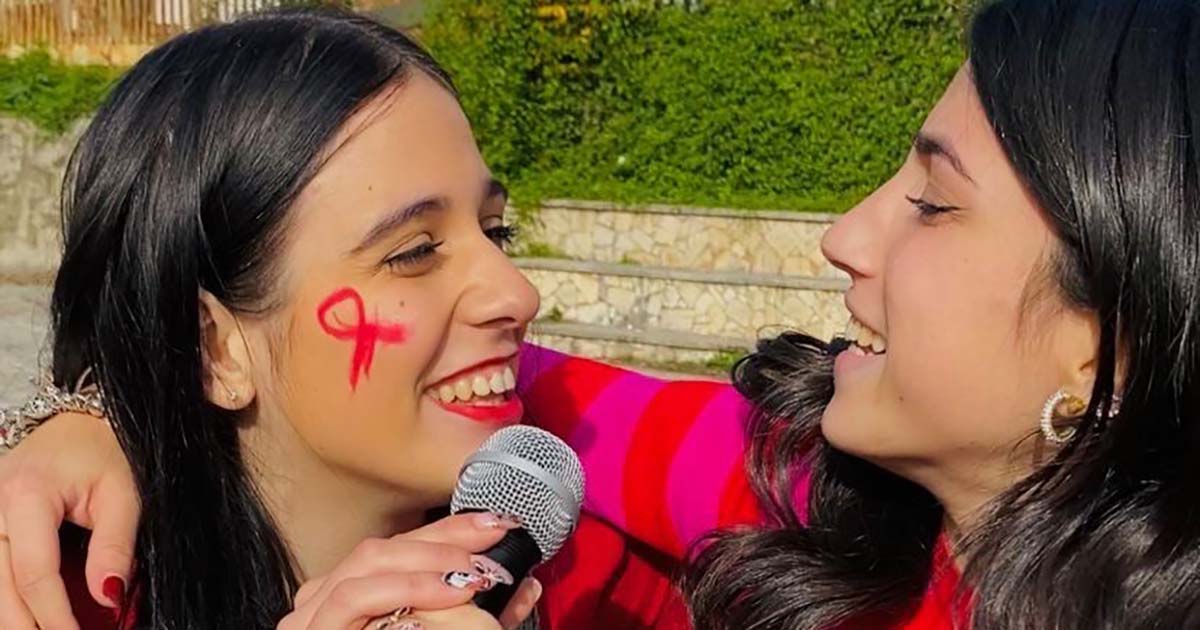 An institute assembly dedicated to raising awareness on the issue of gender-based violence, in the hope that the new generations will be able to build a society based on respect and not on abuse.

“November 25 World Day against Violence against Women”: this is the theme of the first school assembly 2022/23 at the Psycho-Pedagogical High School “Vincenzo Gioberti”, of the IIS “Vincenzo Simoncelli” in Sora. All the students wore a red shirt and painted their faces with characteristic symbols, in memory of all those women who unfortunately weren’t able to escape the monster which, in their case, was a man.

«We kids are the future of society, we do everything possible to ensure that this doesn’t happen again, look at those next to you and offer them your hand: you could be the only point of reference for a fragile person. Giovanna D’Arco, Anna Bolena, Malala, Gilberta Palleschi, Rihanna, Cara Delevingne, Eva Green, Angelina Jolie, Marilyn Monroe, Bella thorne, Samanta Fava, Yara Gambirasio, Naima Zahir, Serena Mollicone, Adriana Maria and Chiara Sacco: remember, comrades, that the monster is not that far away…», these are the words of the school representatives, Swami Fiore And Francesca Cancelliwho have done everything possible to raise awareness in their school not to underestimate what happens every year, to stand by each other in times of difficulty and fight gender-based violence once and for all.

The assembly continued with the students Asia Zaccardelli and Eleonora Piccoli who sang two famous pieces of music “Sally” (Vasco Rossi) and “Men don’t change” (Mia Martini), followed by Samuele Gabriele and Walter Martini, who interpreted two poems: “Smile Woman” by Alda Merini and “The Courage of Women” by Bruno Esposito. All around, intense moments painted red illuminated the minds and hearts of the boys, who lined up en masse next to the Women, giving them the strength and courage to react.