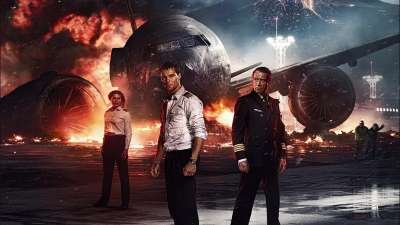 The Crew – Mission impossible
Action at high altitude. Fired for disobeying an order, a former military pilot finds a job in a civilian company and becomes involved in a rescue mission in Asia.
(SKY CINEMA UNO HD at 9.15 pm / channel 301)

Inkheart – The legend of Heart of Ink
Brendan Fraser in an adventure between reality and fantasy. Twelve-year-old Maggie and her father have the power to make characters in novels human. But there is a side effect ..
(SKY CINEMA FAMILY HD at 21.00 / channel 304)

Robin Hood – The origin of the legend
The Story of the Sherwood Archer with Taron Egerton and Jamie Foxx. Robin of Loxley organizes a revolt against the Crown of England, which has become the kingdom of corruption.
(SKY CINEMA ACTION HD at 9.00 pm / channel 305)

For all life
Choral comedy with Luca and Paolo, Ambra Angiolini and Claudia Gerini. Four couples receive the news that their marriage has been canceled and must present themselves in front of the altar.
(SKY CINEMA ROMANCE HD at 21.00 / channel 307)

The young Hitler
Robert Carlyle in the 2 Emmy winning biopic. The rise to power of the Fuhrer in Germany hit by the economic crisis is intertwined with the story of his private life.
(SKY CINEMA DRAMA HD at 21.00 / channel 308)

Ted 2
The mischievous talking bear returns in an irreverent comedy starring Mark Wahlberg and Amanda Seyfried. Ted wants to have a child with Tami-Lynn and asks his inseparable friend John for help.
(SKY CINEMA COMEDY HD at 21.00 / channel 309)

When a father
Gerald Butler and Willem Dafoe in a touching family drama. A manager obsessed with his career calls his life into question when his son becomes seriously ill.
(SKY CINEMA UNO +24 HD at 9.15 pm / channel 310)

The bridge of spies
Tom Hanks and Oscar-winning Mark Rylance in Spielberg’s thriller written by the Coens. Cold War: A lawyer negotiates the release of a US pilot in exchange for a Soviet spy.
(SKY CINEMA DUE +24 HD at 9.15 pm / channel 311)

David Martin is the lead editor for Spark Chronicles. David has been working as a freelance journalist.
Previous The Falcon and The Winter Soldier, Wyatt Russell comments on his future in the MCU
Next The dress code of royalty according to The Vampire’s Wife