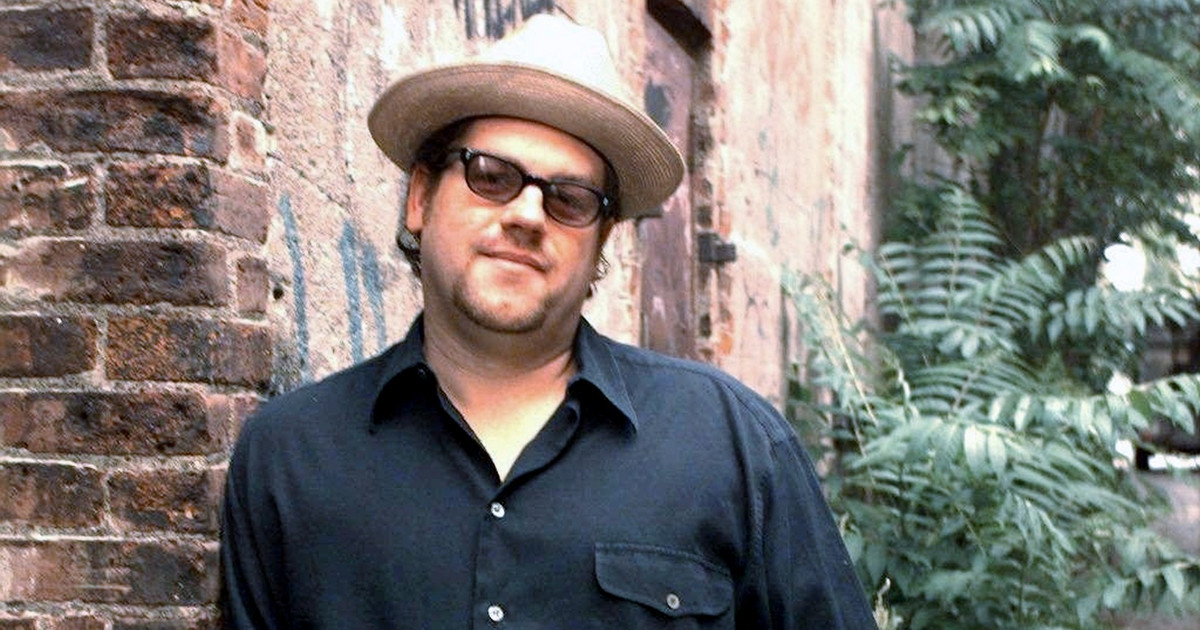 Ted Demme died during the match. The urn with his ashes starred in the movie

Demme was a native New Yorker who drew his inspiration from the films of the masters of European cinema and samurai stories. Before he began directing films with Johnny Depp, Matt Dillon, Natalie Portman and Uma Thurman, he was involved in … music programs.

From MTV to Hollywood

Ted Demme started working for MTV in the mid-1980s as the station was gaining its cult status. He started out as a producer assistant and slowly gained experience before finally proposing a project that he could take on personally.

As a big fan of hip-hop, he decided to adapt to the American market the program “Yo!”, Which Sophie Bramly produced for MTV Europe. After he got approval to create “Yo! MTV Raps”, he invited his high school friend Ed Lover to lead it. The second host was André “Doctor Dré” Brown.

– It was amazing how much this guy knew about hip-hop – Ed Lover spoke years later in an interview with 247HH radio.

Yo! MTV Raps aired on MTV for seven years. During this time, the program featured artists who were taking their first steps on the hip-hop scene, and today are stars such as Run DMC, Salt-N-Pepa, LL Cool J, NWA and Public Enemy.

After the show ended, Demme was still active on TV, but he also began making films. From the beginning of his film career, his name has attracted attention. The young director did not shy away from talking about his famous uncle Jonathan, who in the early 1990s was successful thanks to the thriller “The Silence of the Lambs”.

According to comedian Denia Leary, it was Jonathan Demme who was going to give his nephew the best advice he could: “Stop talking, start filming.”

In 1993, Demme married Amanda Scheer, a photographer, creative director and owner of a record company that also worked in film music. They worked together on several of his projects. They had two children.

Ted Demme admitted in interviews that he was always inspired by European cinema, including films by Federico Fellini, and the works of Japanese director Akira Kurosawa. His work in the 1990s, however, was limited to directing single episodes of American series, low-budget films, comedy with Eddie Murphy and stand-ups in which the comedian Denis Leary, smoking one cigarette from another, spoke tirades about modern life. In 1999, he won an Emmy for the television production of “A Lesson Before Dying.”

He not only directed half of these productions, but also executive produced half of them. He liked to be in full control of his projects. He ended up working on Miramax, Harvey Weistein, one of Hollywood’s most influential people at the time.

Ted Demme got the chance to make great cinema.

He didn’t want to create another “Scarface”

His next project was a film about the most famous American cocaine smuggler George Jung, who in the 1970s and 1980s helped the Pablo Escobar cartel smuggle drugs into the US. The screenplay was adapted from Bruce Porter’s book “Blow: How a Small Town Boy Made $ 100 Million with the Medellín Cocaine Cartel and Lost It All”. The main role in the film was played by Johnny Depp, and his side was played by the Spanish actress Penélope Cruz, who had been making a career in the USA for several years. “Blow” – as it turned out later – was a breakthrough in her international career.

Ted Demme himself said about the movie “Blow”: – There are a lot of movies that are about drugs. We didn’t want to do another “Scarface”.

Ted Demme, Peleope Cruz and Johnny Depp at the premiere of “Blow”

After the premiere of the film, however, it turned out that there will be no comparisons to the cult gangster movie with Al Pacino. The audience failed and the film grossed $ 30 million. (with a budget of $ 53 million). Critics pointed out the borrowings from “Boys from the gang” and “Boogie Nights”. Many wondered why anyone wanted to make a movie about George Jung, who wasn’t a criminal genius, nor did he have a compelling story to tell.

After “Blow”, Demme decided to make a documentary about the revolution that Hollywood underwent in the 60s and 70s. As he himself said, it was always his favorite period in the history of cinema. He thoroughly studied the techniques of camera, lighting and editing that were used then, he even paid attention to the colors. In the documentary “A Decade Under the Influence” he discussed the works of such directors as Robert Altman, Peter Bogdanovich, John Cassavetes, Francis For Coppola, and Sidney Lumet and Miloš Forman.

Unfortunately, Ted Demme did not live to see the premiere of his documentary. He was 38 when he died unexpectedly.

Suddenly he fell on the field

On January 13, 2002, Demme went to a private school in Santa Monica, California, where he was scheduled to play a star basketball game. During it, he suddenly lost consciousness. He was taken to hospital, where after 20 min. incessant resuscitation, the doctors pronounced death.

The cause of death was a heart attack. It was known that the director had an intense lifestyle – His biggest movie to date had hit theaters just a few months earlier, and he was already in the strenuous work of “A Decade Under the Influence” and was planning a new movie with Ewan McGregor and Heath Ledger. A post-mortem examination showed the presence of cocaine in Demme’s body, which – according to doctors – was supposed to contribute to the heart attack.

In 2010, his wife Amanda Scheer Demme, friend Denis Leary and James Franco produced a documentary about a director who died prematurely. “In Search of Ted Demme” was made in the form of a mockumentary in which friends and former associates of the prematurely deceased director remember him … against the background of an urn with his ashes. The urn also appears in the hands of ice skating Natalie Portman and in the boxing ring with actor Balthazar Ghetto. The film also features Blow star Johnny Depp, who loses that urn at the end. The documentary was made in a style known from comedy series to reflect the character of Demme, who – in the words of his wife – he was a “damn funny guy”.

He likes dogs, pizza and popcorn. Already a fanboy of Nintendo and Sony, but today throws anything. He has collaborated on sites and magazines such as GameBlast, Nintendo World, Hero and Portal Pop, but today is dedicated exclusively to Spark Chronicles.
Previous Vaccinations against COVID-19. Quebec. They want to punish the unvaccinated, first effects
Next PowerColor Radeon RX 6500 XT ITX – one of the smallest and cheapest AMD RDNA 2 graphics cards