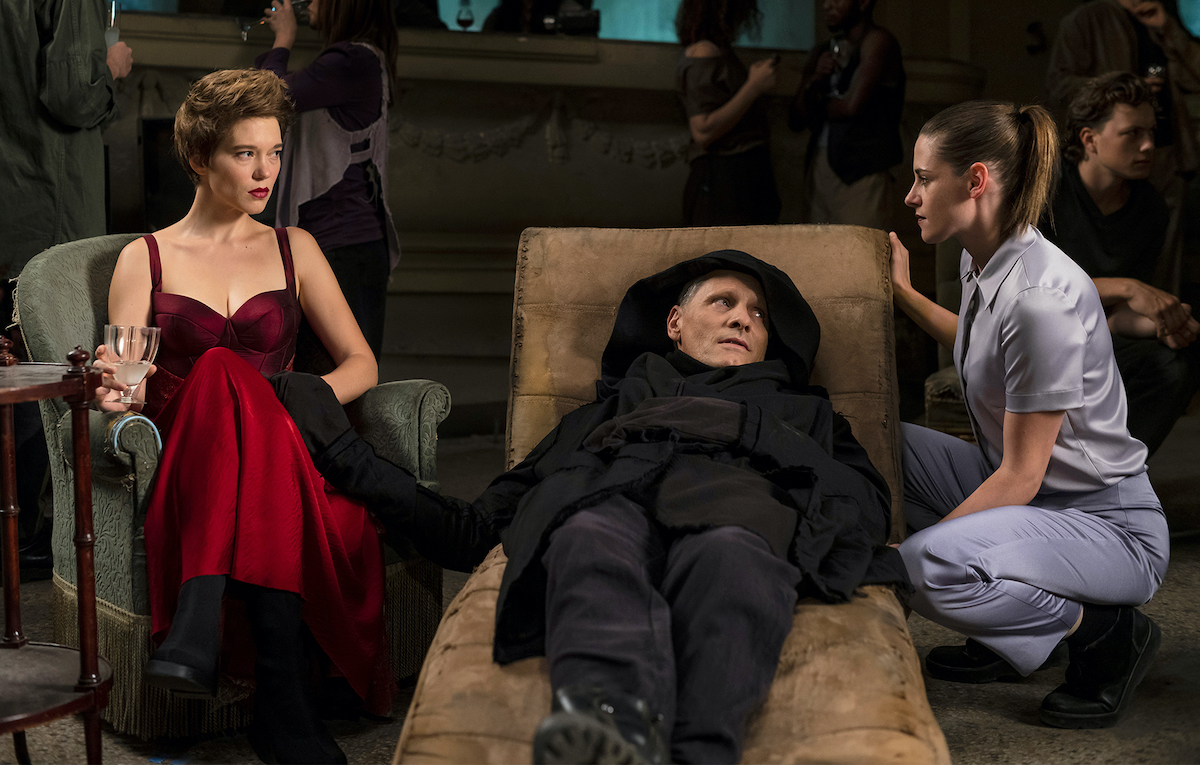 The 10 most anticipated titles of Cannes 2022

Crimes of the Future by David Cronenberg

“I expect a lot of viewers to leave the theater in the first few minutes of the film,” David Cronenberg has already got his hands on. What, eight years (already ?!) from Maps to the Stars, returns to Cannes as a regular as he is with a story set in the not too distant future where humanity is learning to adapt to a synthetic environment and where, as a result, bodies are subject to strange mutations. A pure Cronenberg, starring the fetish Viggo Mortensen (already with him in A History of Violence And The promise of the murderer), plus Léa Seydoux and Kristen Stewart. L’author Canadian has already ready the new project: The Shrouds with Vincent Cassel, which will be sold in the same days at the Marché.

Another veteran of the Croisette, from Moulin Rouge! to the Great Gatsby, the last film he directed that opened the Festival nine years ago (already?! / bis). Baz Luhrmann this time is measured against a character who really existed, and that character: Elvis Presley in person, or at least in a reworking that combines biopic and, ça va sans dire, musical. To give the protagonist the face is the Austin Butler bet, which mixes his real voice with that of the original; in the role of his manager, the “colonel” Tom Parker, there is instead Tom Hanks. In theaters in June: can’t wait.

A movie? A series? A work by Marco Bellocchio, and that’s it. Which returns to the “place of the crime”, that is the Moro kidnapping and its political and social aftermath, almost twenty years after the masterpiece Good morning, night. This time to give the face to the leader of the Christian Democrats kidnapped by the Red Brigades is Fabrizio Gifuni, flanked by Margherita Buy (his wife Eleonora), Toni Servillo (Pope Paul VI) and Fausto Russo Alesi (Francesco Cossiga). A monumental fresco of six hours in total that will arrive on Rai next autumn. But which will be immediately in the hall: the first part from May 18th, the second from June 9th.

After a series of international premieres, the much-postponed blockbuster due to a pandemic also arrives in Europe, in which Tom Cruise returns to wear the jacket and Ray-Bans of one of his most famous and beloved characters. But this time the fastest fighter pilot in America became a junior instructor; including companion Goose’s son (Miles Teller), who died alongside him in the original. Many new entries (there are also Jennifer Connelly and Jon Hamm) and a tender return (Val Kilmer aka Iceman). And an original song, Hold My Hand, written and sung by Lady Gaga. The question is legitimate: will she also be on the Montée des Marches?

Triangle of Sadness by Ruben Östlund 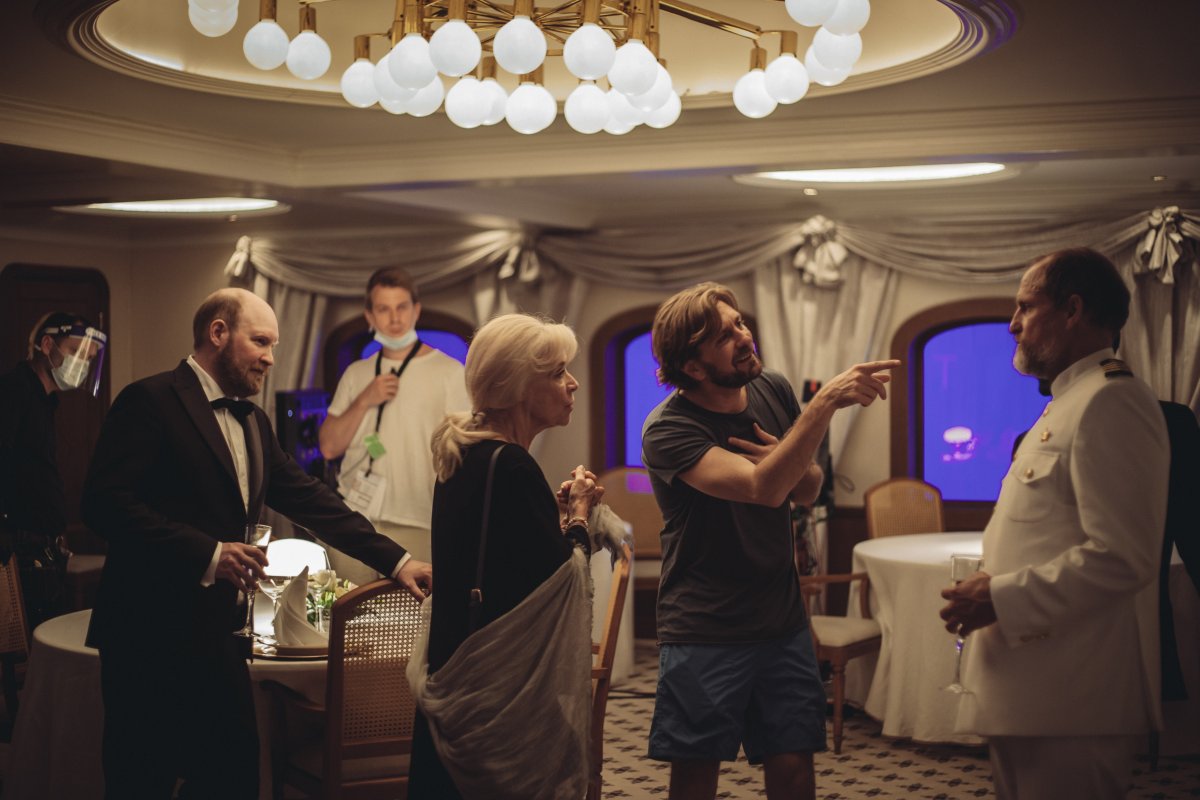 After Major forcewho consecrated it in 2014 in the Un certain regard section, e The Square, with whom he earned the Palme d’Or in 2017, also the Swedish Ruben Östlund, one of the most acclaimed names on the contemporary scene, returns to “his” Festival. Struggling with another dark comedy, this time centered around a pair of world-famous models (Harris Dickinson and Charlbi Dean) invited aboard a cruise for the super rich. Woody Harrelson among the performers: a certainty, indeed a “force majeure”.

Fresh from the success, in Venice and in theaters, of Here I laugh, Mario Martone lands for the first time in Cannes with a “smaller” and more intimate film, based on the novel of the same name by Ermanno Rea. Set in Naples in the Sanità district, it tells of Felice (Pierfrancesco Favino), a man who after forty years of absence returns to where he was born, eventually rediscovering the places, the codes of the neighborhood and a past that devours him. After the failure to reward for The traitor by Bellocchio, will it be Palma for the best male interpretation for “Picchio” Favino?

Decision to Leave by Park Chan-wook

Another tour, another name dear to global cinema lovers. That is the South Korean Park Chan-wook, who in 2004 won the Grand Jury Prize chaired by Quentin Tarantino with Oldboy and who almost always returned to the Festival, even with his latest film: the divisive Miss, from 2016. Now it brings the parable of a detective dealing with a mysterious death. While investigating the rugged mountains where the body of the deceased was found, he runs into the victim’s wife. A woman full of puzzles who is also the prime suspect. Of course... 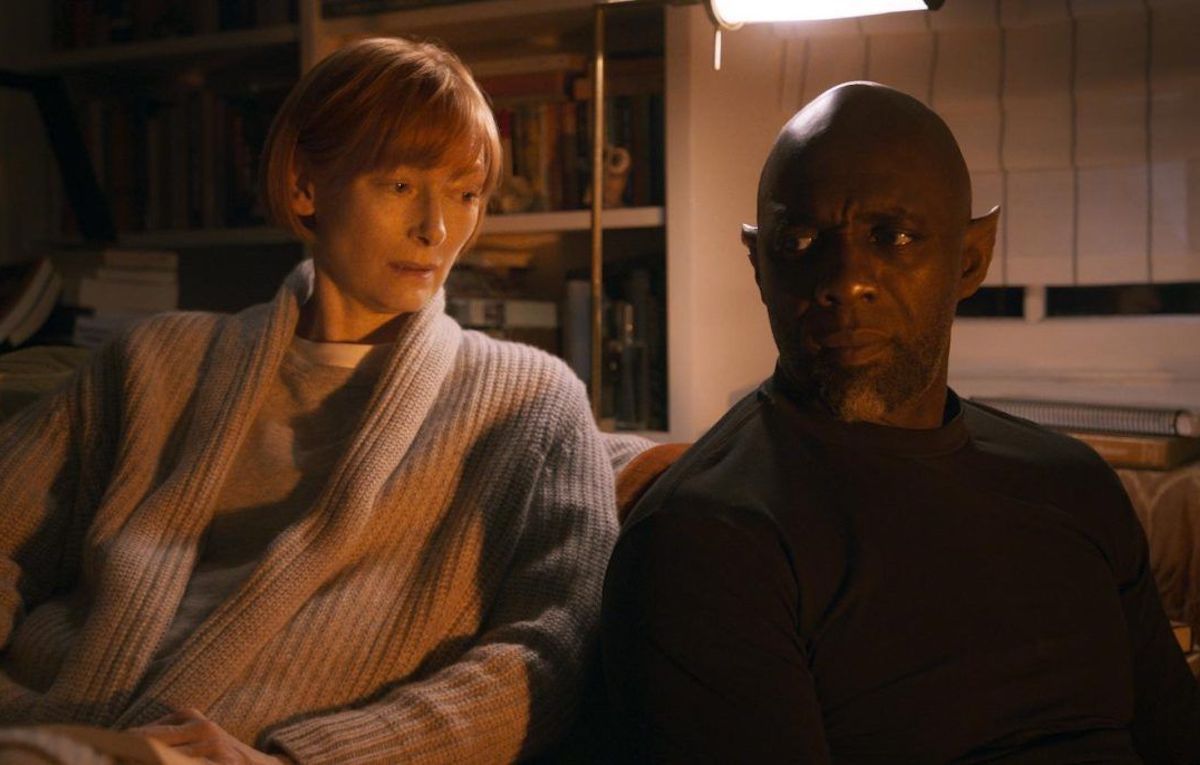 George Miller’s latest film opened the Cannes Film Festival in 2015, and became one of the biggest cult films of the 2000s Mad Max: Fury Road, this is the work in question, the Australian author returns with another futuristic story: a meeting in Istanbul between the two main characters (played by Tilda Swinton and Idris Elba) will lead to unexpected developments. More is not known: better this way, the hype is even higher. 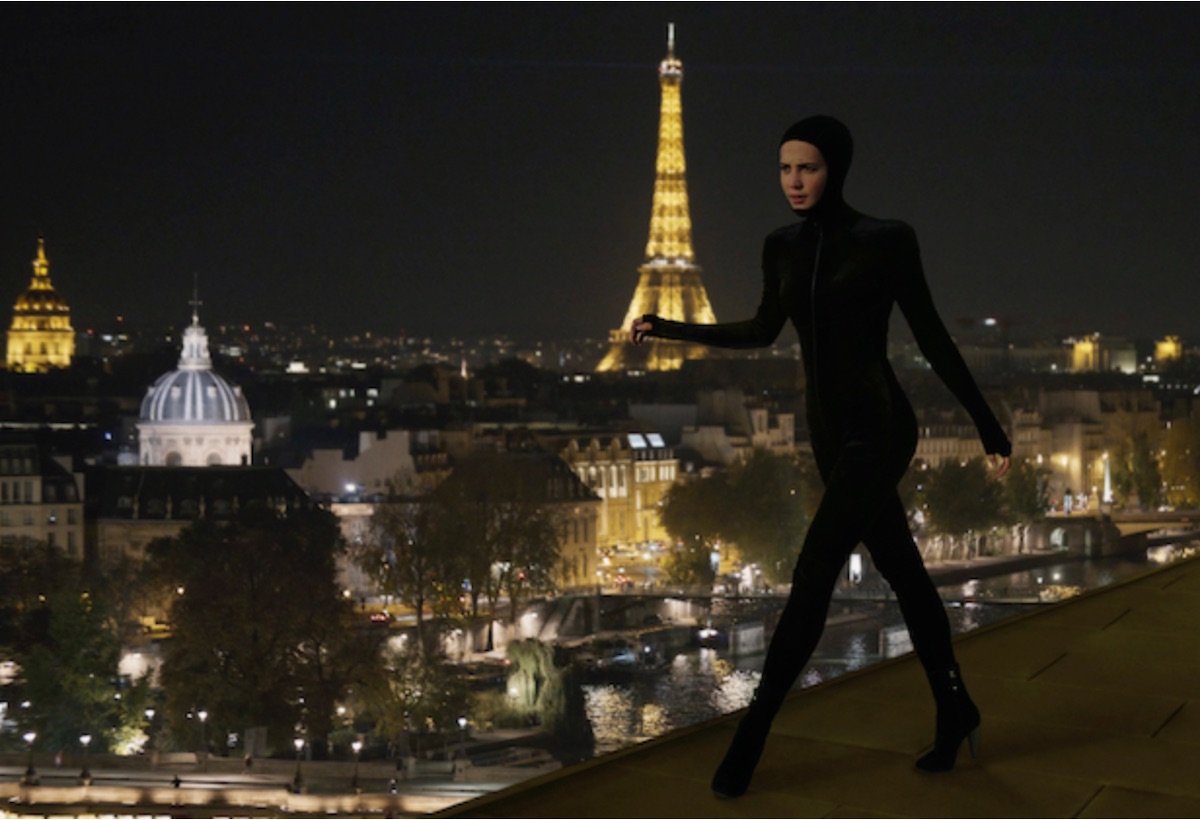 Another serial project by a director who, like Bellocchio, picks up the thread of a story interrupted many years before. But this is a real reboot: Olivier Assayas exhumes the cult character of Irma Vep (in 1996 played by his partner and muse Maggie Cheung, here instead with the face of Alicia Vikander), an actress who has to get into the shoes – no: in the iconic black onesie – of a kind of intriguing Mata Hari. Also starring Kristen Stewart, in a small role after previous collaborations with the author in Sils Maria And Personal Shopper. 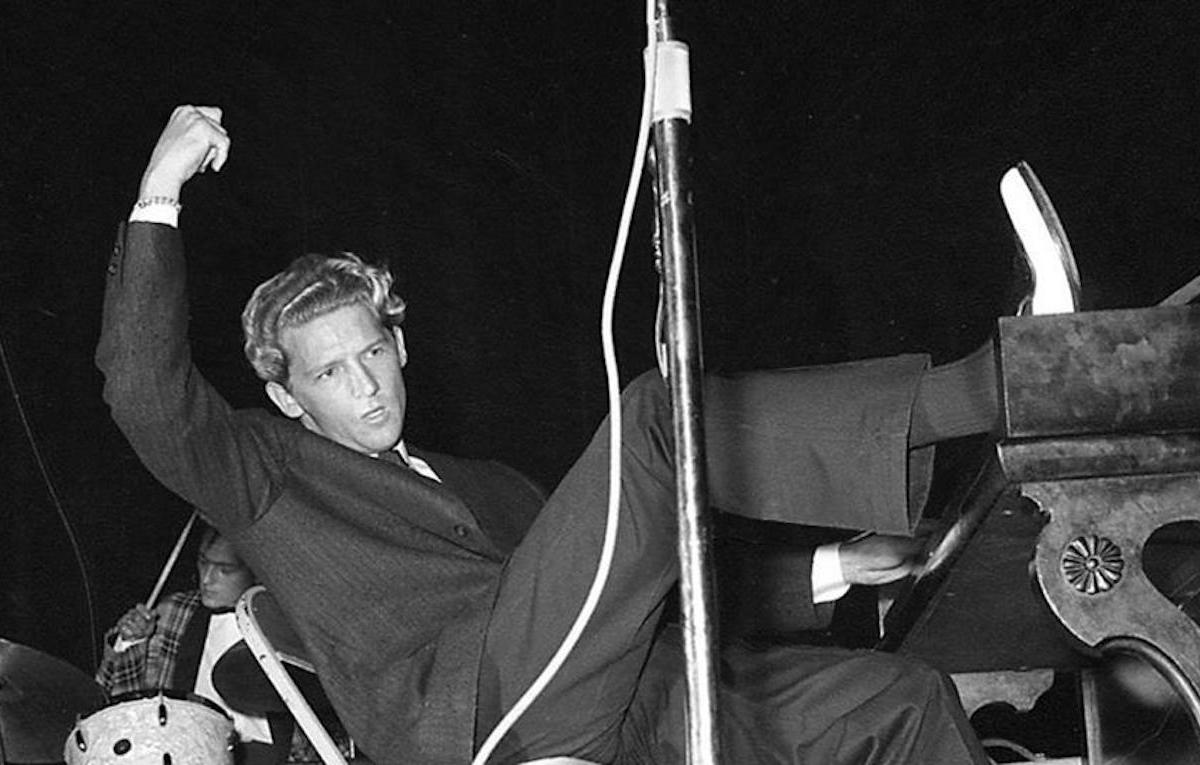 The most anticipated musical “doc” bears the signature of another Cannense DOC: that is Ethan Coen, who conducts for the first time alone without his brother Joel to tell the story of Jerry Lee Lewis, singer-songwriter and pianist nicknamed The Killer for his wild and nonconformist way of performing live. And most importantly, the founding father of rock’n’roll along with Chuck Berry, Bo Diddley, and Little Richard and… Elvis Presley. It all comes back.

David Martin is the lead editor for Spark Chronicles. David has been working as a freelance journalist.
Previous Oscar 2023, will it be a challenge between Margot Robbie and Michelle Yeoh? | Awards Today
Next Trial Johnny Depp Amber Heard / The intuition of Giò di Tonno and Esmeralda