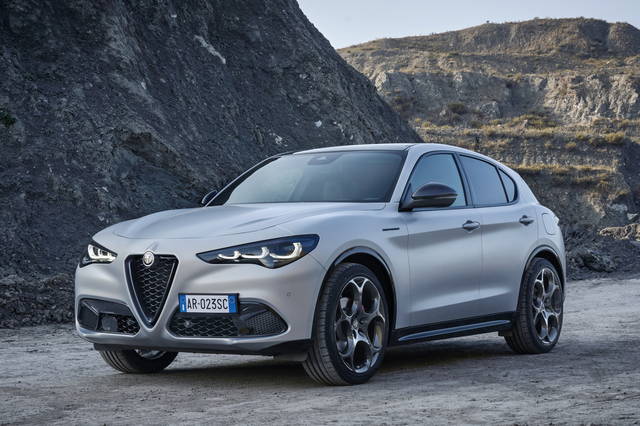 The Alfa Romeo Giulia and Stelvio change their look, but that’s not all

MORE NEW THAN THEY LOOK – Six years after launch and four years after the first restylingthe Alfa Romeo Giulia And Stelvio they benefit from a more “substantial” facelift. The designers worked while keeping the car bodies substantially unchanged, making detailed interventions to refresh the look and keep it in step with the times according to the fundamental styles of the new Tonale. The novelties, however, are not limited to the bodywork changes, albeit important: they also concern the on-board technology, as well as the style of the interior.

A MORE INTENSE LOOK – Where and how, therefore, the new ones change Alfa Romeo Giulia And Stelvio? Let’s start with order, analyzing the exteriors. The line of sedan and suv that will arrive in dealerships in February 2023 remains the same as always, sharp and with a clear sporting accent. To change, giving the fronts a deeper and more sophisticated look, are the projectors, which inside the glass caps, of unchanged shape, reproduce the bright pattern inaugurated by the Tonale and inspired by some of the famous “3 + 3” lights of the Milanese manufacturer, from the SZ to the Proteo concept, up to the more recent 159, Brera and Spider. THE full led headlights of the Giulia and Stelvio become even more “intelligent”: now they are able to adjust the light beam according to vehicle speed and driving conditions, avoiding dazzling the drivers of vehicles coming from the opposite direction.

BETWEEN CLASSIC AND MODERN – And inside, what changes in the new ones Alfa Romeo Giulia And Stelvio? The most important news concerns the instrumentation. The main information of the cars can now be read on a display 12.3-inch TFT: inserted in the classic “telescope” dashboard (another unmistakable signature of many Alphas of the past, from the 1750 and 2000 sedan and GT to the more modern 156 and 147), it is configurable with three different graphics. The one called “Heritage” focuses on the nostalgia effect, which proposes a layout with numbers and letters clearly inspired by the instrument panel of the great Alfa Romeos of the 60s and 70s.

> In the photos above the Stelvio. Below the Giulia.

MORE TECHNOLOGICAL, MORE CONNECTED – Important steps forward are also reported on the on-board technology front. On the new ones Alfa Romeo Giulia And Stelvio the highly customizable on-board services are now upgradeable through Over-the-air (OTA) technology. It is also possible to ask the parent company for a classified and non-modifiable digital register based on the same NFT (Non-Fungible-Token) technology of Tonale. In this way, owners will be able to create a real virtual archive in which to collect information and data on the life of the car, thus certifying its real market value when they decide to sell them.

MECHANICS THAT WINS DO NOT CHANGE – The new Alfa Romeo Giulia And Stelvio remain faithful to the mechanical approach that has made them since their debut two reference models for driving pleasure and fun in their respective categories. Refinements such as the aluminum engine block and carbon drive shaft, combined with proven technologies such as all-wheel drive technology Q4 and the rear self-locking differential Q2make the sedan and the SUV of the Milanese house two models that are still current and above all pleasant to drive.

FOUR EQUIPMENT, PLUS A SPECIAL SERIES – Available with motors 2.2 turbodiesel from 160 hp And 210 hp (the latter only combined with four-wheel drive) e 2.0 turbo-petrol from 280 hpthe new Alfa Romeo Giulia and Stelvio will be offered in the same versions in which, with an increasing level of trim, the Tonale range is declined: Super, Sprint, You And Rapid. Evocative words, in the historical dictionary of the Milanese family, because they refer to the sportier versions of many Alfa Romeos rooted in the collective imagination, from the Giulia to the Alfasud to the Giulietta. The launch series is based on the Veloce Competition, for which the Alfa Romeo manufacturer has chosen a sophisticated matte gray and red brake calipers for both the Giulia and the Stelvio. Available with all engines, this special version offers a very rich equipment and accessories of great value, such as the hi-fi system by Harman / Kardon and a refined black leather upholstery with contrasting red stitching for the dashboard and seats.

He likes dogs, pizza and popcorn. Already a fanboy of Nintendo and Sony, but today throws anything. He has collaborated on sites and magazines such as GameBlast, Nintendo World, Hero and Portal Pop, but today is dedicated exclusively to Spark Chronicles.
Previous Charlize Theron mocks her future in the MCU as Clea
Next The Gran Turismo Collection is up for auction at RM Sotheby’s: 18 unique pieces