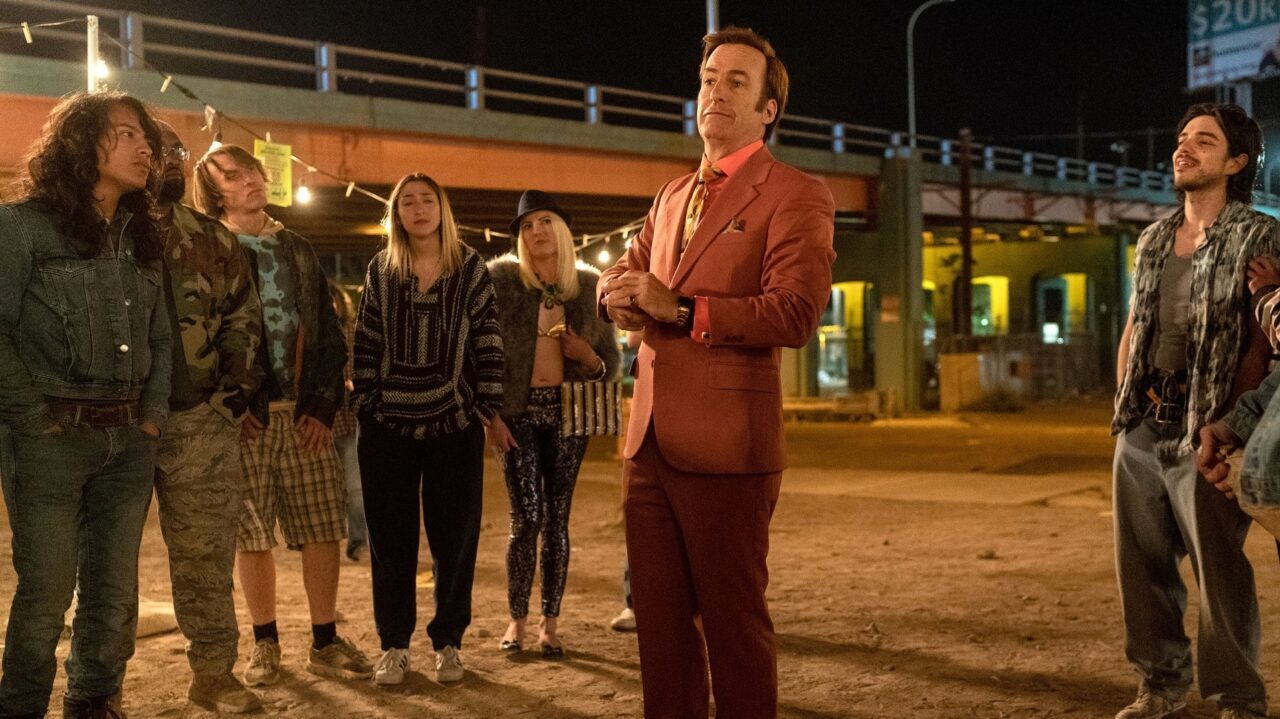 the answers to many of Breaking Bad’s questions

Although Better Call Saul was born to tell the story that led Jimmy McGill to become Saul Goodman, the spin-off series expanded the narrative considerably of the universe of breaking Badproviding us with answers to numerous unanswered questions.

Thanks to six spectacular seasons, now the picture seems much clearer to us, especially on the past of some of the characters. We then decided to collect all answers that Better Call Saul has provided us to, perhaps, make a more aware rewatch of breaking Bad.

Why is Hector Salamanca in a wheelchair? Where does the bell come from?

In breaking Bad we learn that Hector, progenitor of the Salamanca family, was once a respected member of the Mexican Cartel. However we are never told how he ended up in a wheelchairunable to communicate except through a bell.

In Better Call Saul we see Hector in full force, although afflicted by health problems that he manages to keep at bay thanks to medicines. However, Nacho, wanting to get rid of Don Hector who had intended to involve his father in criminal affairs, manages to tamper with his pills. When the sickness comes, Hector suffers a stroke that deprives him of the use of his legs and speech.

Better Call Saul it also tells us where the bell that man uses to communicate comes from. This is indeed a gift from Lalo. The bell comes from a hotel in Mexico that Hector himself burned down years ago.

Why was Tuco arrested?

In the first season of breaking Bad we know the violent Tuco Salamanca, who just got out of prison for reasons that are not explained to us (but we get the idea). He will be the first distributor that Jesse and Walter will rely on once their partnership has begun.

The prequel series explains that Tuco was arrested at the will of one of his most trusted men: Ignacio ‘Nacho’ Varga. The latter hires Mike to kill Tuco, but the ex-cop believes that a murder would trigger the attentions and violence of the cartel. So he proposes to have him arrested.

The two develop a plan: Mike provokes Tuco who, characterized by violent attitudes, beats him to death. When the police arrive, Mike manages to detain Tuco, who is thus arrested.

There has been much discussion about Gustavo Fring’s sexuality, especially when, in breaking Badwe are underlined his grief over the death of Max Archiniega, occurred at the hands of Hector Salamanca (Season 4, episode 8). The two were likely partners in life, as well as in business. This is it after all the real engine of Gus’ revenge and his contempt for the Salamancas.

In episode 9 of season 6 of Better Call Saul we see Gus flirting with another man in a bar, only to then walk away. In a recent interview Peter Gould, one of the creators of the series, talked about the scene, confirming the sexuality of the character. In particular Gould stated:

What role does Krazy 8 play in Salamanca? And how did he become a DEA informant?

Domingo Molina, aka Krazy 8, is one of the characters we see in the very first episodes of breaking Bad. And he Walter White’s first victim, who thus finds himself having to kill him. After his death, in a DEA meeting, we find out that Domingo was an informant, and had sold him the information that led to the arrest of his cousin Emilio. This arrest is also the same one Walt witnesses, invited by Hank, and in which the chemist understands the potential of illegal activity.

Answers about Krazy 8’s past are given to us extensively in Better Call Saul. Here we learn that the nickname Krazy 8 is given to him by Laloafter a four-of-a-kind bluff with pocket eights. Subsequently, arrested by the police, Domingo becomes an informant under the will of Lalo himself, who sends Saul Goodman to give him orders. In Lalo’s complex scheme, Domingo will give the DEA information about Gus Fring’s drug dealers, thus harming his rival.

Who are Lalo and Ignacio?

Incredible as a seemingly insignificant sentence uttered in an episode of breaking Bad released in 2009, you find its meaning 13 years later. In episode 8 of the second season, Walt and Jesse kidnap Saul Goodman and take him to the desert, threatening to kill him. The lawyer babbles seemingly meaningless words, stating: “it wasn’t me, it was Ignacio” and “did Lalo send you?”

Obviously, at the time of breaking Badwe did not know who Lalo and Ignacio were, key characters of Better Call Saul. Had the writers already thought of everything?

Who are the two charred corpses the DEA finds in Gus’ lab?

Other seemingly insignificant questions, but which find their answers in Better Call Saulare those of the fifth season of breaking Bad. In the first episode we see Steve and Hank sifting through the remains of Gus Fring’s secret laboratory. Here they are found two charred corpsesnow unrecognizable.

We know now that the two bodies are those of Lalo and Howardtwo characters who never appear in breaking Bad. Even this small detail tells us a lot about the obsessive attention of the authors of the two shows.

How was Gus’ secret laboratory built?

Once in business with Gus, Walter White and Jesse Pinkman are led to the Super Lab, Gustavo Fring’s secret laboratory, which is located in the basement of the Brilliant laundry. Despite the mammoth work, it is never revealed to us how this was built.

The narration of Better Call Saul he provides us with ample answers in this regard, showing us the building design process, and even the staff recruitment process. The work is entrusted to a German team led by Werner Zieglerbut fails to finish the job. Ziegler will be killed by Mike after making several mistakes, and the team sent him home. The very expensive work was paid for thanks to the hidden economic aid of the Madrigal Corporation.

In the final season of breaking Bad we learn that Saul knows a man Ed Galbraithwhich repairs vacuum cleaners. In fact he is also called And the Extractor, as it provides false identities and a new life to those who want to flee, in exchange for a generous financial compensation. Ed’s character also appears in El Camino and, of course, in Better Call Saul. After all, he is the one who allows Jimmy to make a new life in Nebraska, under the name of Gene Takavic.

Saul learns of Ed’s existence – and his services – through the vet’s diary Dr Caldera. It is here that the lawyer finds a business card of Ed the Extractor.

How did Gus and Mike meet? What about Gus and Gale?

In breaking Bad, Mike is introduced to us as a Gus loyalist. However it is in Better Call Saul Let’s find out more about their relationship. The two met – and became “friends” – because they had a common enemy: Hector Salamanca. Only later will Gus ask Mike to become his head of security.

A similar situation also regards the brilliant chemist Gale Boetticher. The spin-off explains that Gale is the recipient of a scholarship for brilliant chemists set up by Gustavo Fring. Despite that, Gus appears reticent to involve Gale in his criminal activitiestelling him that: “he is destined for greater things”.

What happened to Saul Goodman after Breaking Bad?

Effectively El Camino he told us what happened to Jesse. But Saul? We’d left it in Extractor Ed’s room. Here, almost prophetically, he tells Walter that “at best, he’ll end up running a Cinnabon in Omaha”.

Better Call Saul he promised to tell us about Saul’s past, and he did. However, she also told us about his future, with spectacular black and white sequences, which gradually took over in the series finale. Jimmy, after becoming a fugitive like Saul, assumed the identity of Gene Takavic, Nebraska. Here he is arrested after a series of daring events, and extradited to New Mexico, where he is tried and convicted, but not before having admitted all his crimes.

David Martin is the lead editor for Spark Chronicles. David has been working as a freelance journalist.
Previous Mission: Impossible – Dead Reckoning, Hayley Atwell on her character and crazy action scenes | Cinema
Next Does The Batman Movie Have a Post-Credits Scene?