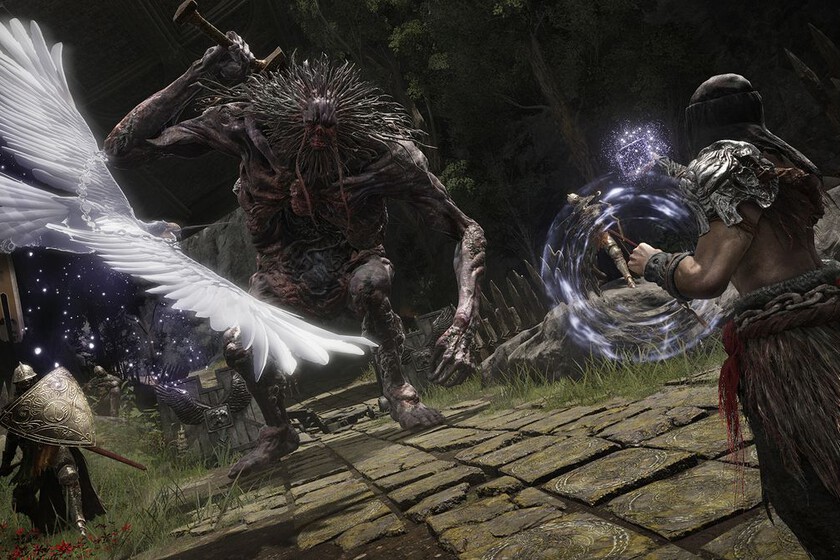 The best sorcerer class in Elden Ring, or how to become a lethal ranged weapon using only magic

What the magic is very broken in the Souls It is nothing new, hence this fact in Elden Ring should not surprise you either. Because yes, using magic here ends up marking the difference to the beast with respect to the rest of traditional techniques. But this is how it usually happens in the vast majority of RPGs: it takes time to show the potential of a sorcerer to become the best.

That is why, if you are finding it difficult to survive the Middle Lands, we are going to indicate the steps to follow to become the ultimate sorcerer and devastate the enemies with the least possible effort. Your “Intelligence” will not be enough, mind you, having to know what spells are better or what equipment to use.

Basic requirements to keep in mind with magic 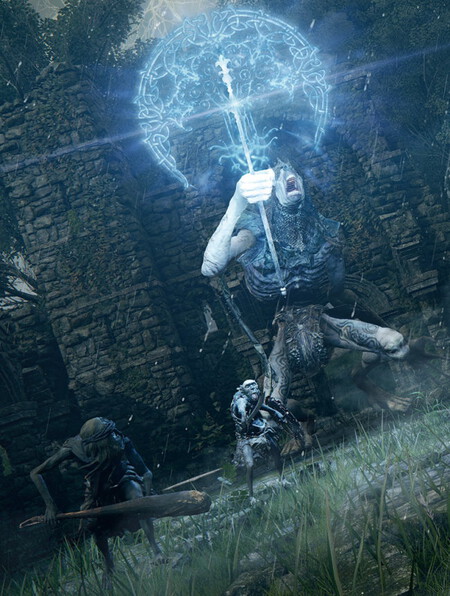 First of all, in case you have never played a Soulsborne and you don’t understand its particular idiosyncrasy, you should know how magics are used in elden ring.

It’s not just unlocking spells and haphazardly casting them as long as the magic bar doesn’t run out, but first you need a weapon that can cast those kinds of spells and then “equip” their associated magics from a Grace.

To this we must add another series of basic requirements, such as attributes. If you have low Intelligence, Faith, or Arcane, depending on the type of magic, you won’t be able to use that spell. And this also applies to the wielded weapon, of course. So you must first look at what kind of mage you want to be, by offering different ones via the scale of attributes in Intelligence or Faith. There is only one common link: Raising your dexterity will make you cast faster, so don’t neglect this.

On the other hand, you should pay attention to the passive benefits offered by weapons that allow you to cast magic, since some enhance different magics of sorcery. And above all, also look at the benefits of their attribute scaling, especially those with an A or S in Intelligence, Faith or Arcane.

Logically, if you want to focus on any mage variant, you should also prioritize the Mind attribute upgrade, by increasing your CP limit, which is the mana points to perform magic. All this is the most basic in the Souls. And regarding the pure class of sorcerer, you should raise your intelligence a lot.

And one last important piece of information: you will need mnemonic slots to be able to equip your spells, otherwise you will have a single slot. But don’t worry, it won’t be hard for you to find memory stones, which are precisely the ones that increase your mnemonic slots. A few are dropped by certain enemies, others are in various sealed towers… Without going any further, one is sold to you by the NPC Quiescent Twin Maidens at the Lost Table of Grace for 3,000 runes. There are a total of eight Memory Stones, though this doesn’t mean you can’t have more: the Talisman Moon of Nosktella grants you two slots.

How to Create the Best Sorcerer Class Possible 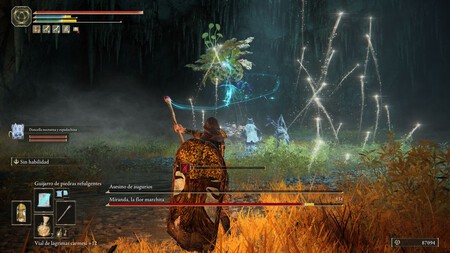 Now comes the good stuff, the process of becoming a sorcerer who destroys the rival at the slightest change. But to get to the point of kill bosses (literally) in a few secondsit won’t be easy, since the best magics are not unlocked at the beginning, like the Azure Comet. That’s not to say they also have pretty high attribute requirements. For example, that “immense comet in the form of a stellar torrent” asks 60 Intelligence!

Ironically, the most powerful spells are not always the best. First, because they consume many PCs. And second, because they usually take time to launch. Without going any further, the apparently simple pebble of shining stones, one of the most basic and first spells you can use, is in the long run one of the best. Why? It’s quick to fire its projectiles, consumes only 7 CP, and takes more than you’d think if you have a good Intelligence base and a powerful glowstone staff, like the meteor staff. 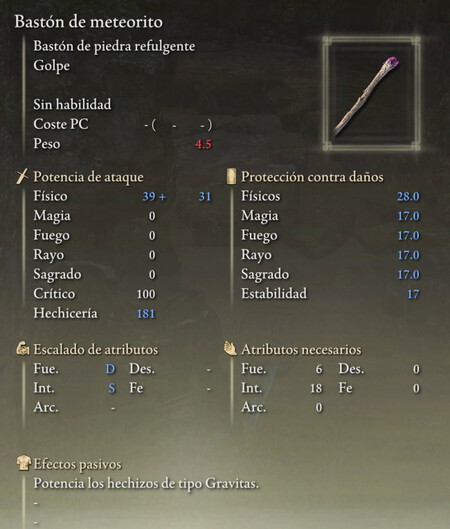 The great peculiarity of this cane, as you can see from the upper screenshot, is that S scale in Intelligence. And to top it all off, with a base power on Sorcery of 181, in turn empowering Gravitas-type spells. It only has one drawback: it cannot be improved. But it is peccadillo knowing that it is one of the best canes in the entire game and without a doubt the most powerful you can get at the beginning of the adventure and without the need to change soon.

And where is it obtained? In the Caelid region, in the center of that huge poisonous swamp in the center, northwest of Red Mane’s castle. Specifically, on the surface of the Rua de los Sabios ruinsdrawing a line north from the Cathedral of the Dragon Communion where the Rotten Breath is.

The starting astrologer’s staff is also good, having good power in Sorcery (157), but it takes a long time to scale up S in Intelligence, requiring a lot of forging stones until it reaches at least +13. Each cane is a worldin any case, being interesting that you notice what kind of spells you feel more comfortable with according to their benefits in passive effects. For example, the Carian glowstone staff naturally enhances the Carian glowstone spells. And the staff of the Prince of Death, the death spells. To see them all, we refer you to FextraLife wiki. 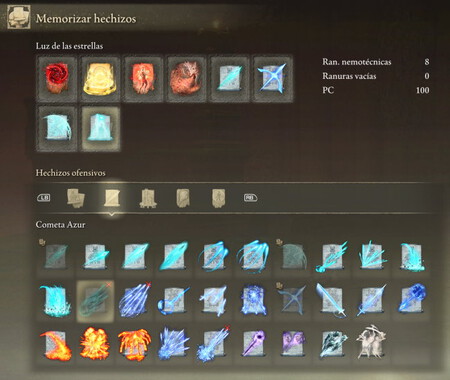 And how to know the type of spell? For this there are three very simple tricks. The most direct and that you can do at any time is to access the Inventory and select the fifth tab, Spells (the sixth is Enchantments, beware, those already ask for Faith). There you will see that they are divided into several groups following a more or less similar pattern according to their colors. The Gravitas-type ones that power the aforementioned meteorite staff are purple, like the gravity well or the highly recommended one rock throwerwhich deals physical damage.

The trick that can be missed is by resting in a place of Grace. Because selecting the option to memorize spells shows you all the magic at once, but if you click on any slot and alternate with L1/LB or R1/RB you will see the types of spells or enchantments, between the offensive, defensive…

Furthermore, the third “trick” that gives you as much information as possible, is to alternate view with the X button (Xbox controller) or square button (PlayStation) so that it details the origin of the spell, what effect it has or some curiosity. Although you won’t really know its effectiveness until you try it, so… try them!

Spells that should not be missing in your repertoire 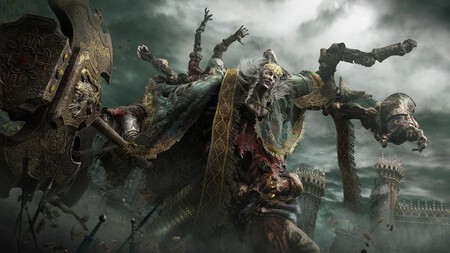 And what spells are the most recommended or powerful for their utility? Here, as we have anticipated at the beginning, mentioning some in passing, there are several that are achieved soon that in the long run are among the best. And others with bombastic names that promise a lot and then are very disappointing.

If you want to go flat gear, equip yourself with the following spells by stocking up on Radagon Icon (right above the Grace of the Plenary Hall in Raya Lucaria’s Academy) to “shorten the cast time” of all these magics:

As ideal complements to maximize the power of your spells, you should get the wizards amalgam talisman hidden in Raya Lucaria’s academy, for example. From the plenary hall, turn west and before going down the stairs where many wizards await you, hit the bookshelf on the right hand side. The last of them. A secret passage will open. Go ahead and go up the stairs to jump down one of the holes on the side. Hit another invisible wall and grab the item, keeping an eye out for the ambush of jars…

As adults, you should not neglect the Grace option consisting of mix miracle medicine, as there is an extremely useful tear to power up your spells. It’s about the broken tear of magic feat, which is obtained after defeating the boss that guards the small Golden Tree located just south of the village of the frenzied flame, northeast of Liurnia. The more benefits, the better.

In fact, if you want to power up your first attack, you can equip a minor weapon in your left hand to apply the ash of war “Determination” with which to increase the damage more than 50% for the next spell. Because in the end a good wizard takes advantage of these additional improvements for a limited time.

He likes dogs, pizza and popcorn. Already a fanboy of Nintendo and Sony, but today throws anything. He has collaborated on sites and magazines such as GameBlast, Nintendo World, Hero and Portal Pop, but today is dedicated exclusively to Spark Chronicles.
Previous ‘It’s a mix of Game of Thrones and The Fantasy Story’
Next Oscar ceremony 2022: presenters, guests and candidates 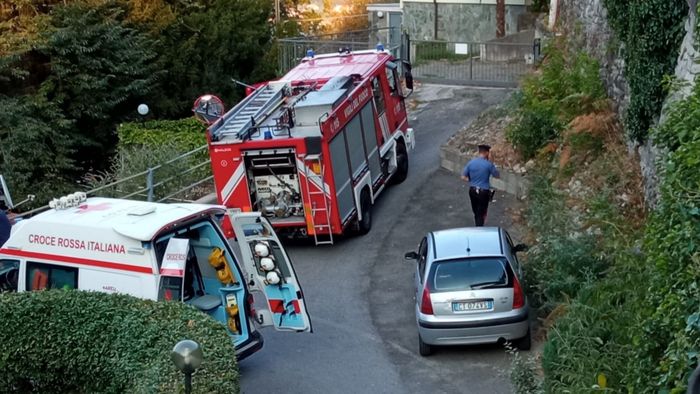 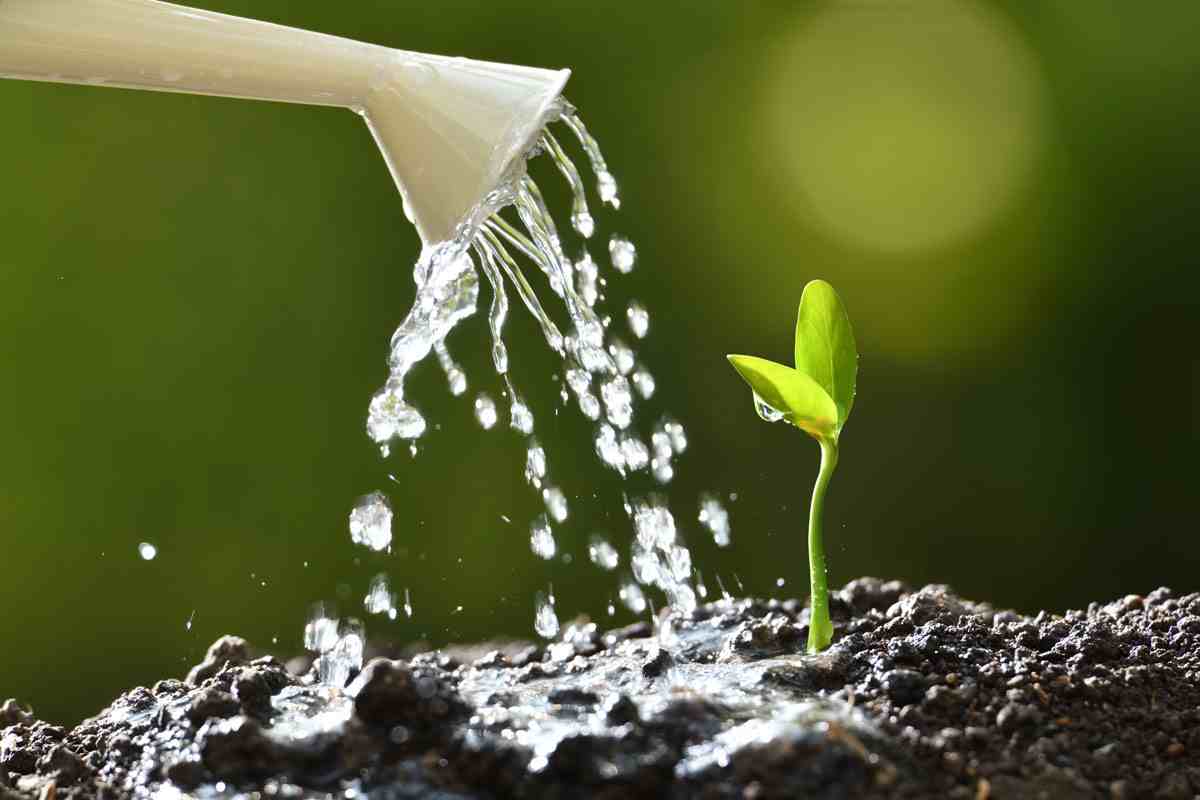