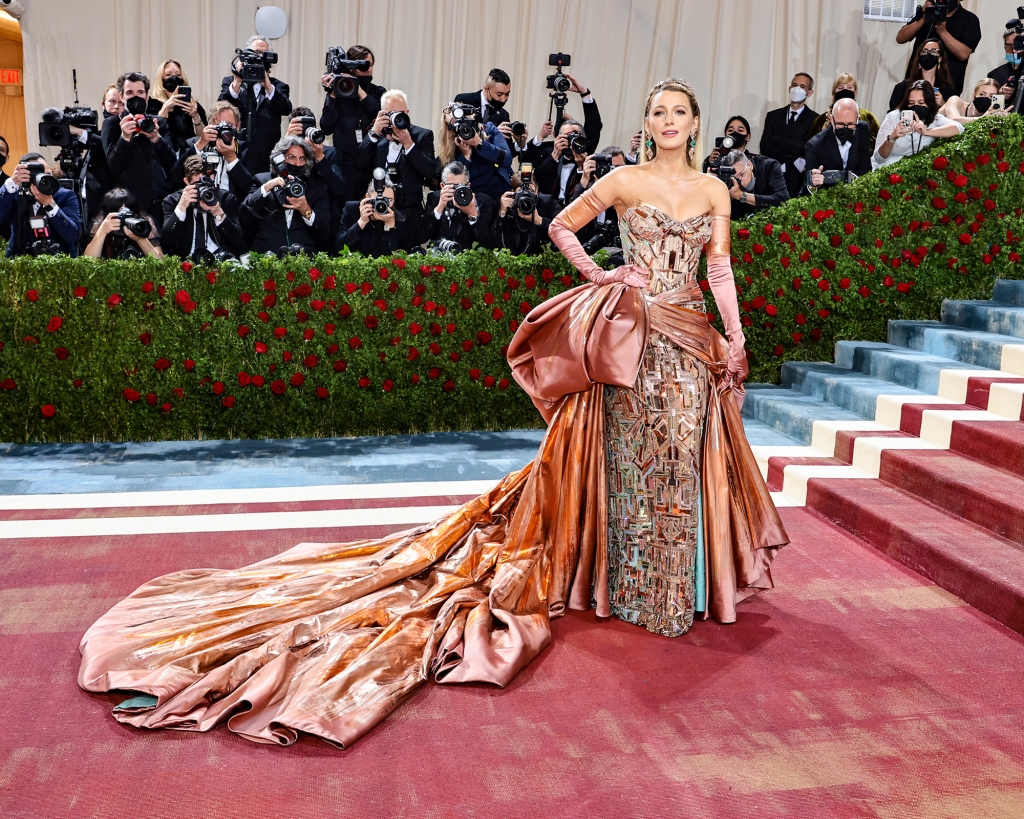 The body and the woman between Venice and New York

From the figure of the woman who dominates the 59th Art Biennale entitled “The milk of dreams” to the excess of celebrities who animated the Met Gala in New York: a reflection between history, body, art and fashion, of yesterday and today

There is a link between art and fashion which in recent days has expressed itself to its fullest potential between Venice and New York. At the Biennial female by Cecilia Alemani where, in addition to the opportunities won by many brands to participate by sponsoring or organizing anachronistic dinners, a cultured and refined narration appears around the body and the dress that represents it. Concept that brings fashion naturally in the references to surrealism, from Leonor Fini (including his clothes) a Leonora Carrington which the title of this edition The milk of dreamsto Josephine Baker dressed in bananas, or in the straw hut dress of Simone Leighthe first African-American artist also protagonist of the US Pavilion, which wins the Golden Lion.

To the MET Gala the other version of the surreal connotes most of the clothes of the characters, guests of the most glamorous fundraising event of the year for the Metropolitan Museum of Art’s Costume Institute. Here everything is more explicit, less conceptual, photo-calls and red-carpets are the background to the protagonists of a world where entertainment celebrates the theme of content: this year’s theme is the Gilded Age, an era now famous also thanks to the series HBO that tells the American golden age from 1870 to early 1900. It is the content of the exhibition opened on this occasion in America: an anthology of fashion narrated by the vision of eight directors Janicza Bravo, Sofia Coppola, Julie Dash, Tom Ford, Regina King, Martin Scorsese, Autumn de Wilde and Chloé Zhao. Guided by the curatorial idea of ​​Andrew Bolton, Jessica Regan and Amelia Peck, they present film installations in as many rooms, with clothes made by American tailors in the historical period represented. A path that is completed with the other exhibition, also at the MET, previously inaugurated with historical ethnic pieces and by designers such as Ralph Lauren, Donna Karan and Calvin Klein entitled In America: a lexicon of Fashion.

Celebration of the splendor of a period of ostentation of wealth that unleashed the celebrities invited to a show where the grotesque still prevailed over style, in total coherence with what we saw in the costumes of the aforementioned television series, perfect in recounting an era of bad taste. Although the invitation specified the white-tye indication of a superior form to the black-tye, except in some cases such as the elegant rigor of Tom Ford, the suggestion was not followed up. Quotations to the pomp of the period have produced successful interpretations of the theme such as Blake Lively in Atelier Versace, Billie Eilish in Gucci, or of course Gucci with Alessandro Michele’s irony that always goes beyond, in the double image of a couple with Jared Letho. Many vintage, including a dramatic case that marks a point of no return on which to rethink the value, not only symbolic, of an iconic dress: the Marilyn Monroe dress worn by Kim Kardashian. A case that arouses scandalized indignation, fueled by images on social media that continue to show those who, despite having lost 7 kilos to be able to wear it, strive to get inside. Images that document the “violence” of putting that dress on the wrong body in a video that would have been perfect for the Biennale: a performance that recalls the crystal slipper that does not fit on the oversized foot of Cinderella’s stepsisters.

Let’s not exaggerate when describing the anxiety for that impalpable chiffon that was born with a very specific purpose, certainly not that of transforming Kardashian into Marilyn. Finally covered by a white fur: a synthetic synthesis of that American Carnival that cannot even protect its own history. The story of a suit that, like perhaps only Jakie Kennedy’s bloodstained suit after the Dallas attack, represents the other side of the life of one of the most important presidents in the world. He is right the Kardashian interviewed when she says that “there are many transparent dresses but that one is really naked“: Marilyn chose it on purpose when they invited her to sing” Happy Bday mr. President ”at Madison Square Garden. It was May 19, 1962: three months before her death she finds a way to make her relationship with President JFK evident to the whole world, wearing a mermaid dress covered with crystals, so tight it is said to have been sewn on her. by young Bob Mackie for Jean Louis. At the Ceremonial he had sent the image of another reassuring dress then, thanks to the fluffy white fur, he took the stage and discovered what would become legendary, sold at auction for 1.26 million dollars in 1999, then bought by Ripley’s Hollywood Boulevard Museum which still preserves it, but not quite as it should. Unfortunately, in one evening it was denied a work of years, done by curators, archivists, museums, galleries, of operations that have laboriously placed fashion in the right artistic position. A case that brings to the attention the loss of culture, the superficiality disguised as lightness or play, the realization that from that Gilded Age when rich American ladies looked at Vogue to find out how Europeans were at the table and bought imported aristocratic jewels from Tiffany. That new world has not yet understood the value of history.

David Martin is the lead editor for Spark Chronicles. David has been working as a freelance journalist.
Previous Ariana Grande’s brother Frankie marries the ‘man of her dreams’
Next Jason Momoa, controversy breaks out over the actor’s shot in Rome: “It’s not fair” [FOTO]