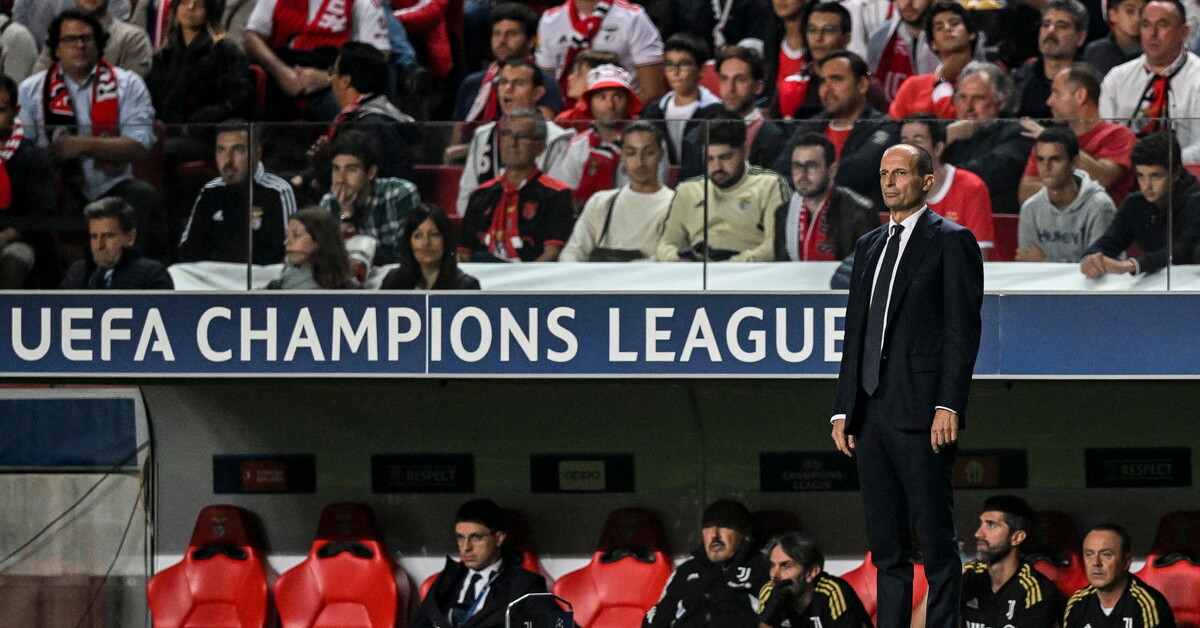 the boys save their dignity, in the Europe League if …

Bianconeri also defeated in Lisbon and out of the Champions League, to win third place in the group you need to do the same result as Maccabi

Total bankruptcy for the Juventus. The team of Merry she also loses in Lisbon, she is not humiliated just because three boys from 2003 in a few minutes they save dignity, and is eliminated from Champions after four defeats in 5 games. A very hard blow both at a technical level, only the next matches will tell if the Bianconeri will pay for this elimination, and at an economic level because the European path has always been one of the fundamental variables for the club’s coffers, which have just registered a record red of 254 million euros. In the dock the day after Lisbon, the one in which by the way Vlahovic he will have to take the instrumental exams after the physical problem he accused last night, obviously there is Massimiliano Allegriwhose fate on the Juventus bench now seems to have been sealed.

Of course, the excuses for the coach are not lacking, first of all the many injuries, but from the beginning of the season Juve has never convinced and awaiting the decisions of the company (probably due to the heavy contract Allegri will arrive until the end of the season and then it will be goodbye even if a divorce in January cannot be ruled out) on social networks the Juventus fans have already decided and even before the triple whistle that at Da Luz sanctioned the definitive 4-3 for Benfica, the hashtag is in trend on Twitter #AllegriOut.

In addition to the sporting collapse, which is there for all to see, this elimination has very heavy consequences also at an economic level: the failure to qualify for the round of 16 makes you miss a bonus that all inclusive is worth about 30 million (more than 50 in the case of the semifinals, not counting the income from the Stadium) and the defeats collected in the series in the group yielded only 2.8 million out of 14 in palio, waiting for the last clash with the PSG already qualified but still chasing the first place. Then the box office receipts will also be reduced. Winning the Europa League, to which Juventus have yet to qualify, would bring a maximum of 20 million to limit the damage.

Yes, because Juve are out of the Champions League but not from Europe and coming third could still qualify for the Europa League. Maccabi and bianconeri have the same points in the standings, the same points in head-to-head matches (3 each) and a goal difference of 8-11 for the bianconeri and 6-15 for the Israelis, so against PSG Juve will have to do the same result of the Israelis, committed at home against Benfica.

From the Europa League hope to the only happy notes of the Lisbon evening, the ‘boys of 2003’: Miretti, Soule and Iling saved dignity and rekindled hope in a matter of minutes and after his convincing debut with Empoli he was above all the last to take the stage with an asssit and a half. Samuel Iling-Junior, born in 2003, arrived on a free transfer in Turin from Chelsea in 2020 blown to all the big names in Europe and today he is studying at Continassa by deputy Kostic. The future of the Juventus left wing, who will soon lose Alex Sandro and Cuadrado, seems to be all about him.

Vlahovic ko, exams today – The defeat at Benfica also left a problem to be monitored carefully: the injury of Vlahovic, who requested a change in the second half due to a muscle discomfort in his adductor. Today the attacker will undergo instrumental tests to assess the extent of the injury, but at the moment it is to be considered in doubt for Lecce. 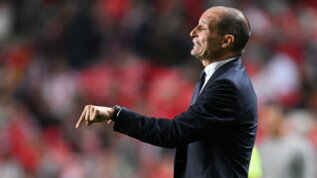 juventus
Juventus, Allegri: “Give yourself three goals. We are sorry and angry, now head to the championship”

David Martin is the lead editor for Spark Chronicles. David has been working as a freelance journalist.
Previous ECB still aggressive: towards a rise of 75 basis points –
Next Francesco Valdiserri, the young man is talking in the car: he swerved