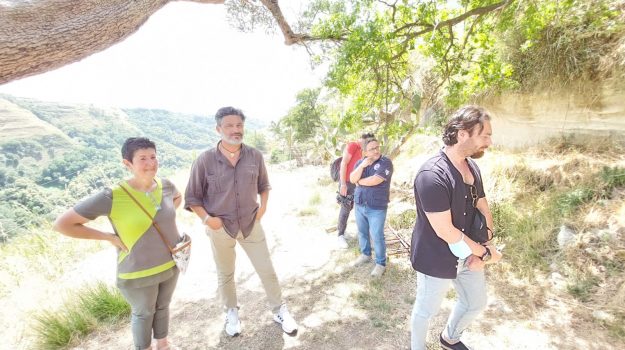 The peculiar ones caves of Zungri yesterday they offered a wonderful setting for some scenes of the film “The monk who won the apocalypse”which tells the life of the Calabrian biblical exegete Joachim of Fiore. The opera is directed by the Italian-American director Jordan River, produced by Delta Star Pictures, with the support of the Ministry of Culture and the Calabria Film Commission foundation and in collaboration with Ciakalabria, which is providing workers and tools.

The stage of Zungri, the only one in the province of Vibo, was chosen thanks to the commitment of the actor and film professional Costantino Comito (in the cast of the film, in the role of Sultan Saladin), who proposed to the director to film also at the wonderful site of the caves, ideal for reproduce some glimpses of Jerusalem, where the work is partly set. Great enthusiasm was expressed by the citizens of Zungri, among whom were also chosen figures and extras. Satisfaction was expressed by the mayor, Francesco Galatiand by the director of the site of the caves, Caterina Pietropaolo: “We are really happy to host an important set in our country – they affirmed – and to enhance our places through a cinematographic work that will go around the world opens new horizons for our center”.

David Martin is the lead editor for Spark Chronicles. David has been working as a freelance journalist.
Previous Filming of “Furious Velocity” cuts A24 in Lamego e Castro Daire – Sociedade
Next white linen like Angelina Jolie in Rome