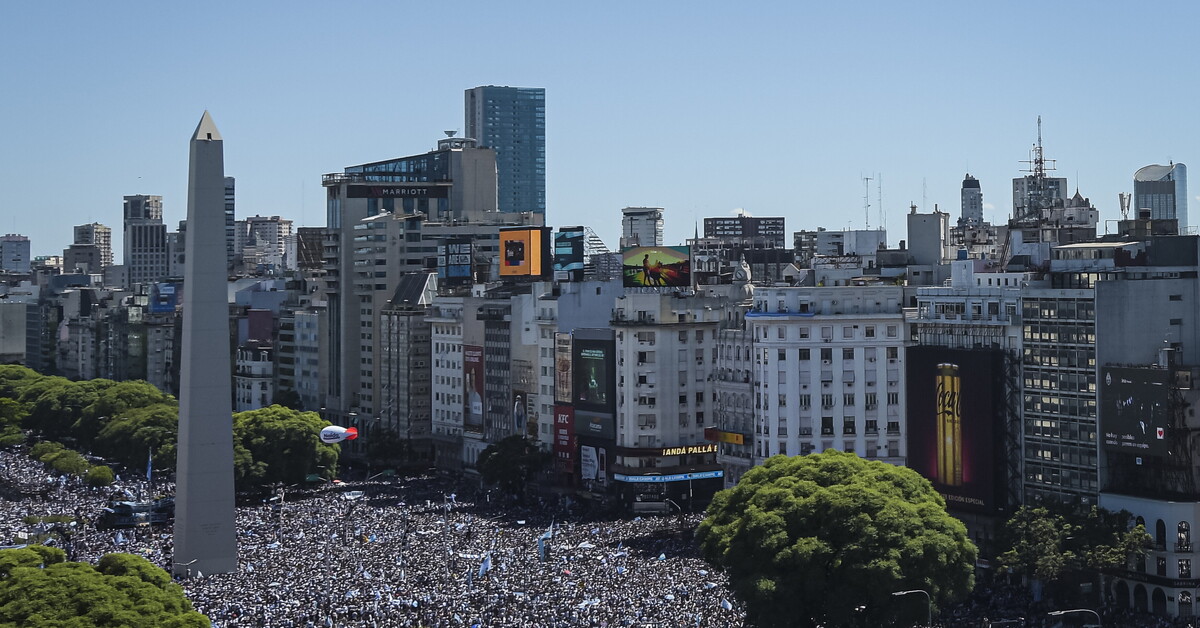 the champions parade in Buenos Aires

the party ofArgentina for the World won in Qatar, the third of its history, has just begun. After singing and dancing in the locker room and the first hug at the Buenos Aires airport upon returning home, Lionel Messi and all the Albiceleste parade through the streets of the capital with the World Cup in their hands making their way between “millions of fansdelirious with triumph.

OVER FOUR MILLION ON THE STREET
First estimates of the crowd cheering the world champions in Buenos Aires. According to reports, between four and five million people took to the streets to celebrate.

CHANGE THE ROUTE OF THE COACH

The enthusiasm of the fans in the streets of the city is uncontainable and for this reason it is difficult to think that the bus with the Albiceleste and the World Cup on board could go into the center of Buenos Aires. More plausible that the vehicle remains on high points of the highway.

The square where the obelisk is located is emptying after the news of the missed stop of the open bus. Fans are pouring onto the motorway which is now completely blocked.

NO STOP AT THE OBELISK AND THE ROSADA HOUSE

The ‘caravan’ of the world champion Argentine national team left at 11.40 local time from the sports center of the Argentine football federation (Afa), in Buenos Aires, amidst an explosion of joy, tears and songs from a multitude of people who camped for 24 hours to celebrate Lionel Messi and the rest of the world champion Albiceleste players. On board an open bus, amidst a huge security service, the players are greeting the fans crowded along the 25 de Mayo highway in these hours, according to the circuit set up by the security organizations. The national team arrived in Argentina at 14.30 local time, coming from Qatar, and was welcomed by a flood of people at the gates of Ezeiza’s AFA, where they rested until midday before leaving for the celebrations. The Argentine football federation has confirmed that the bus will not cross the area of ​​the Obelisk and the Casa Rosada, where thousands of fans have gathered since dawn waiting for the world champions who continue to sing for Scaloni’s team.

PARTY ON THE BUS AT A SLOW PACE

DISCOVERED BUS WITH THE CUP: 30 KILOMETERS OF ALBICELESTE DELIRIUM

The Argentine ‘selección’, led by captain Lionel Messi, left the sports center of the Argentine Football Federation (AFA) in Ezeiza at 15.30 Italian time, heading towards the obelisk of Buenos Aires located in the center of Avenida 9 de Julius. Preceded by five security cars and escorted by numerous traffic police units on motorcycles, the bus proceeds at walking pace to travel the about 30 kilometers that separate it from the goal. Traveling together with the players is the cup won, the third in the history of the Argentine national team, after those of 1978 and 1986. The government has ordered that today is considered a holiday, while the media underline that “millions of Argentines will greet the ‘campeones ‘ along the way”. 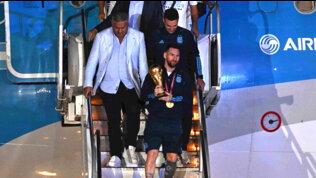 David Martin is the lead editor for Spark Chronicles. David has been working as a freelance journalist.
Previous Aliens Fireteam Elite Free PC Game Download Full Version
Next Babylon, here are the new trailers in good and bad version of the film by Damien Chazelle