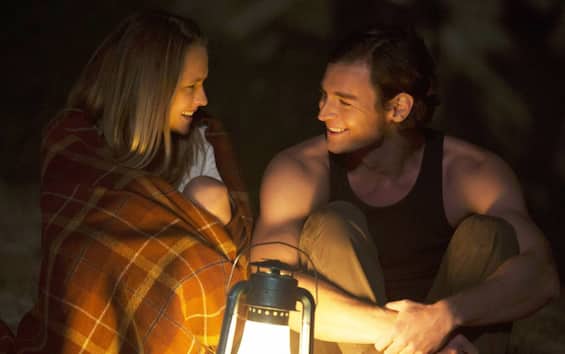 The Choice – The Choice, plot and cast of the film based on the novel by Nicholas Sparks

Let’s delve into the romantic and dramatic 2016 film, which tells the passionate love story between Travis and Gabby

The Choice – The Choice is a 2016 drama film directed by Ross Katz. The film, written by Bryan Sipe, is based on the novel of the same name by Nicholas Sparksreleased in 2007. Here’s everything you need to know.

The Choice – The Choicethe plot

Nicholas Sparks, the best films based on his books

The protagonist of the film is Travis Shawa veterinarian who falls in love with at first sight Gabby Holland, medical student. However, the girl has an affair with a colleague of hers, Ryan McCarthy, who has to leave. With Ryan out of state, Gabby and Travis start spending a lot of time together and fall in love. Travis takes Gabby at night to an island, given to him by his grandfather, from where you can see the stars. When Ryan returns, Gabby decides to leave Travis and marry her fiancé. The marriage, however, will not take place because Gabby decides to leave her Ryan of her: when Travis finds out about her he runs to her and asks her to marry her. The two get married and over the years have two children and form a happy family. One night, Gabby is waiting for Travis for a romantic dinner which she will never arrive at due to a work emergency. The woman then decides to go home but she gets involved in a serious accident with another car. She survives, but ends up in a coma that seems permanent. Will Travis’s love wake her up?

The Choice – The Choicethe cast


Yesterday and today: how Tom Welling has changed

The protagonists of the film are Benjamin Walker and Teresa Palmer, respectively as Travis and Gabby. The Australian actress is known for playing, among others, the protagonist of the drama 2:37which earned her a nomination in the category Best Actress at the Australian Film Institute Awards. To play Ryan is instead Tom Wellingfamous for playing Clark Kent on the series Smallville. As for the rest of the cast Maggie Grace (Stephanie Parker), Alexandra Daddario (Monica), Tom Welling (Dr. Ryan McCarthy), Tom Wilkinson (Dr. Shep), Noree Victoria (Liz), Brad James (Ben), Anna Enger (Megan), Wilbur Fitzgerald (Mr. Holland), Callan White (Mrs. Holland), Jesse C. Boyd (Matt), Dianne Sellers (Jackie) and Brett Rice (Dr. McCarthy).

The best films to see in June 2022 in streaming and in the cinema. PHOTO

From Sing 2 on Sky to unmissable cinema releases such as Elvis and Jurassic World – The domain: the films not to be missed in June

The color of freedom (Sky): from 2 June. True story of the grandson of a Ku Klux Klan member who joins the center for the human and civil rights movement

I’ll bring you back yours (Sky): from 3 June. In this French comedy Valentin told everyone that he was an orphan because he is ashamed to admit that his family is a family of workers. But when the truth begins to come out, amusing misunderstandings and complications will arise

Paw Patrol: The movie (Sky): from 5 June. A group of intrepid puppies with superpowers must prevent the evil Mayor Humdinger from turning the city into chaos

David Martin is the lead editor for Spark Chronicles. David has been working as a freelance journalist.
Previous the blue chase poker in the green-gold bedlam – OA Sport
Next Mixed martial arts, information and advice