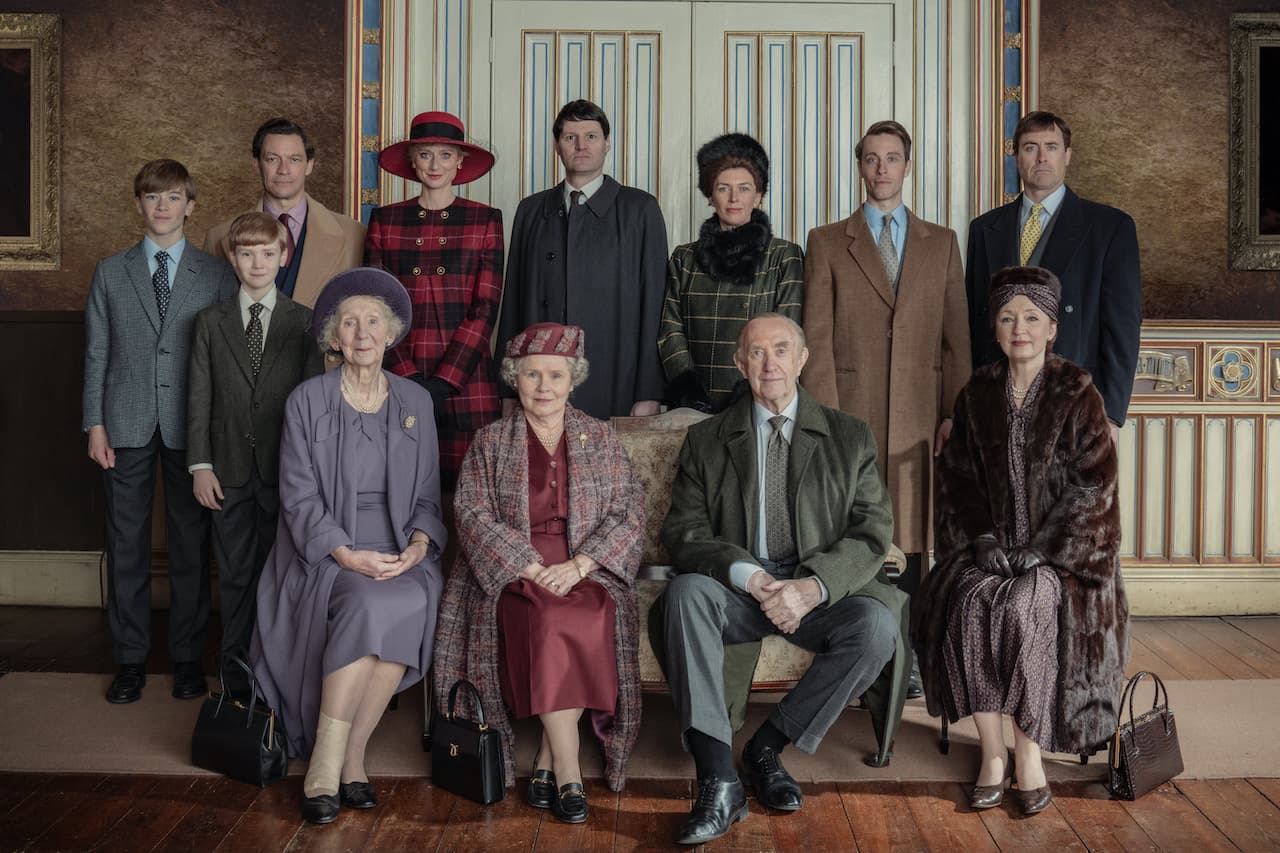 Since 2016, the year of its debut on Netflix, The Crown it measures itself against history and with some of the most representative icons of the twentieth century. First of all Elizabeth II, who perhaps inaccurately, has always been considered the protagonist of the series. The Lilibeth who finds herself crowned Queen at the age of just 25 and assumes that role that was not intended for her at birth with demeanor and absolute fidelity towards the nation and the symbol, that Crown, in fact, which represents the true heart of the award-winning series conceived and written by Peter Morgan.

What period does The Crown 5 tell

We are in the 90s, a dark decade for the British Monarchy, under everyone’s eyes due to “scandals at court”. Elizabeth, completely absorbed in her role, must try to manage the excesses of her children, systematically grappling with wrecked marriages, the relationship with Margareth, who always sees her divided between an affectionate older sister and an adamant sovereign, a Philip who seems to have realized all that he has lost by choosing to become the prince consort and especially her, Diana, that sad girl who will prove to be a real thorn in the side for the Crown, but who perhaps Elizabeth after all, as a mother and as a woman, is a little he understands.

As happened for the previous two seasons, also in The Crown 5 Peter Morgan chooses to proceed by episodes, once again changing the narrative structure of the series and choosing to dedicate each episode to a different drama and character. The impression is that as the series grows and progresses over the years it chooses to tell, its narrative plots expand, as does the range of characters it undertakes to tell. We are dealing with a real choral story, by now, and now more and more, given the importance that “secondary” actors assume in the big picture, such as Carlo, Camilla and Diana, for example.

The greatness of The Crown resides in Peter Morgan’s refined writing, which consequently reflects on the staging, on the direction, on the interpretations of the actors who reveal themselves, even at this second change of guard, up to the task to which they are called.

The new changing of the cast guard

After the amazing work of Claire Foy And Olivia Colman, Imelda Staunton raises the stakes further and stages a queen Elizabeth II never so composed and sober, who performs an exercise in almost total expressive drying and confirms herself as a superfine actress. The same can be said for Jonathan Prycewho in the role of Prince Philip tells a character that time has made wiser but also more acute, who unlike the Queen, always devoted and adamant, begins to take stock of what he has built over the years he lived as prince consort.

After Vanessa Kirby And Helena Bonham Carter it was really hard to find a Princess Margaret to match, and yet Leslie Manville stages a multifaceted character, who finds himself taking stock of his life and facing his own fears. The episode that sees her as the protagonist, together with a tender and enchanting Timothy Dalton it could be a single small film of a love story that is tragic but very sweet in its own way.

It can be said that the seasons of The Crown follow one another according to the rhythm of the British Prime Ministers, and so after an unattainable Gillian Anderson/Margaret Thatcher, Johnny Lee Miller is called to play John Major. A role that was as complicated as it was less structured was the politician who, perhaps more than anyone else, managed to work in harmony with the Crown. And Miller doesn’t miss a beat, neither a silence nor a look.

We were all waiting at the gate Dominic West And Elizabeth Debicki. The media story of the relationship between Charles and Diana was one of the hottest topics of the 90s for “popular culture” and therefore it is natural that the two interpreters of the Prince of Wales and his wife were placed at the center of attention, especially for the great work done by Josh O’Connor and from Emma Corrin in previous seasons. If Debicki is absolutely impressive in the interpretation of him, with a total mimetic ability, West opts for the contrast. As much the one is similar and effectively dejected, sad but also determined to fight as Diana was, the other seems far more fascinating and capable than the public narrative has ever rendered for Prince Charles. And in fact it’s not hard to believe in an intelligent man full of initiative, battered by a system that forced him into a marriage he didn’t want, when all the love he wanted already resided in another woman to whom he he was faithful.

And so The Crown 5, addressing (in one of the best written episodes) the divorce of the royal couple, also offers an internal perspective on the reasons of Charles, who has always been considered one of Diana’s tormentors. This brings to fruition a discourse that will culminate in the sixth season, but which had been sown with care in the previous season. Carlo, as much as Diana, was a victim of the system into which he was born. But of course he is less lenient towards those who have succeeded in achieving happiness and have not had time to become a tragic hero.

The Crown 5 the structure of the story and of the episodes changes again. Each episode draws a circle that seems to bring us back to the starting point but which in reality follows a precise and broad path and which makes events proceed inexorably. The season itself begins and ends “on a ship”, in a separate world that would like to isolate the protagonists and distance them from their difficulties but which then, punctually leaves them in port, on dry land to come to terms with themselves and with that Crown to which everyone must, in the end, give an account.

The secret is in Peter Morgan’s writing 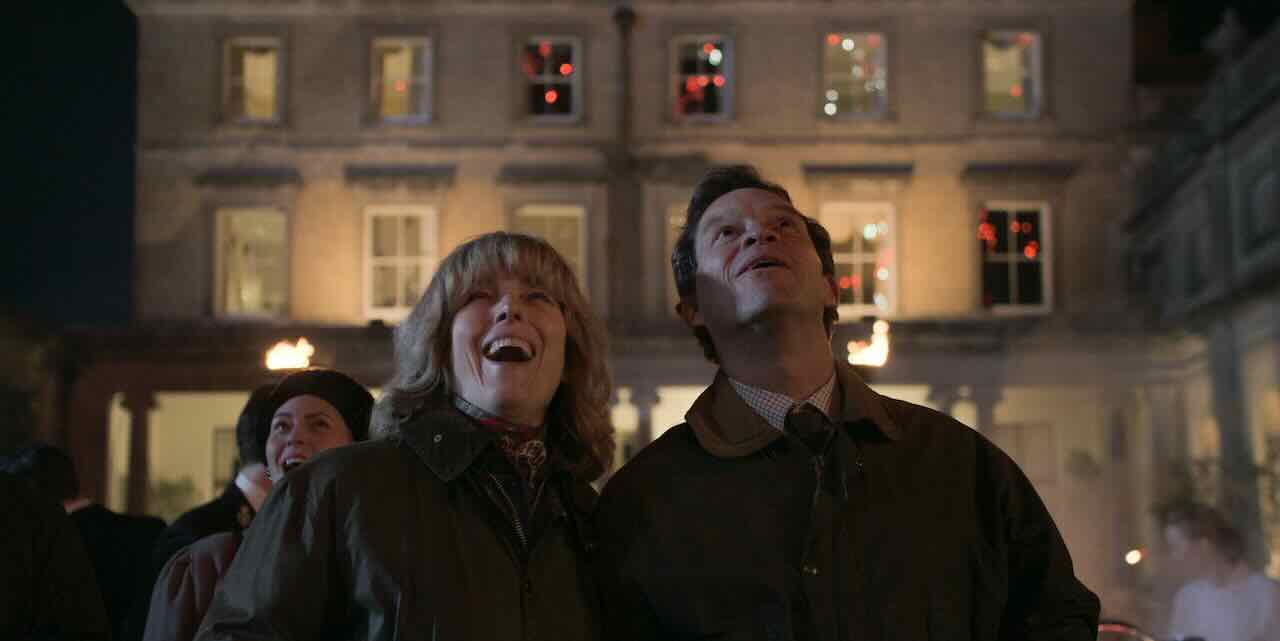 Peter Morgan tries to trace humanity and drama within a facade of perfection and impenetrability. Perhaps for this reason, although Debicki is the character most similar to the real referent, he is also the least interesting. Diana has spoken intimately to the world, so we know all too well what to expect from her character. For Elisabetta, Carlo, Filippo and all the others, we are almost faced with a blank sheet, which the screenwriter and actors must fill. And this process is fascinating.

What’s left of The Crown 5 it is a sense of impending tragedy, which is passed on to the viewer with lots of little tricks and details hidden in plain sight. The same account of the rise of Moneim Fayed and his son Dodi is, perhaps unintentionally, a bad omen. But again, an omen staged with infinite style.

The Crown 5 confirms itself as a product of great class, which hides the secret of its strength in writing, a writing brought to the highest levels of balance and effectiveness by a Peter Morgan in a state of grace, which he had never done so well even in the course of the same series.

David Martin is the lead editor for Spark Chronicles. David has been working as a freelance journalist.
Previous World Cup: Japan wins and qualifies, Germany out of Qatar 2022
Next Stronghold Crusader PC Free Download Full Version