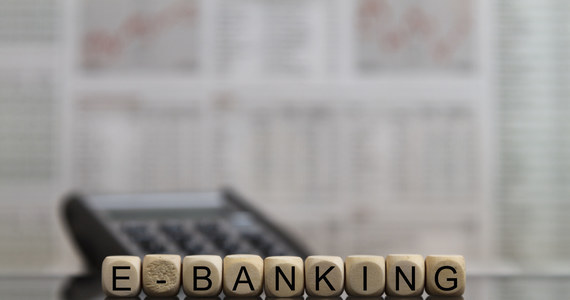 Solutions in this area include a variety of services, such as payment gateways, deferred payments, factoring, crowdfunding or online exchange offices, which create new opportunities for entrepreneurs and consumers around the world.

The development of the fintech sector also means that the existing global financial centers are becoming centers of financial innovation. The period of transformation also generates opportunities for new centers, including Poland, which in recent years has become a leading center of financial innovation in the region of Central and Eastern Europe.

Poland has certain advantages that allow it to join the competition for the title of one of the fintech centers in Europe. Undoubtedly, the innovative and competitive financial sector as well as high-class human resources, including the above-average number of IT students, should be mentioned here.

Importantly, the GE Global Innovation Barometer report shows that the main driver of innovation in Poland are SMEs, and over 80 percent Polish entrepreneurs are interested in new technologies.

Nevertheless, Polish companies from the fintech sector have to face some serious difficulties. This is primarily about limited access to financing.

Although Poland is one of the most important fintech centers in the region, the value of venture capital investments in relation to GDP does not exceed 0.005%.

Unfortunately, this significantly reduces the development opportunities of Polish startups in relation to their foreign competitors, because approx. 70 percent. investment in fintechs in the world comes from venture capital funds.

As a result, the vast majority of Polish enterprises rely on their own funds as the main source of financing.

Also when it comes to acquiring public funds for R&D, Poland does not do well compared to other countries. In 2019, the EU average of government spending in this area was 2.19%. in relation to GDP, and in Poland this percentage was only 1.32 percent.

Central bank digital currencies are no longer futurological stories. What awaits us is the introduction of digital money in the form of a mathematical notation

Taking into account the problems related to access to financing, the absolute priority for the development of the Polish fintech sector is to create and maintain a good regulatory environment. Since 2018, the KNF Office has been striving to create the so-called regulatory sandbox, i.e. a legal tool for testing new fintech solutions in accordance with the law. The feasibility study, carried out from 2019, was completed in the third quarter of 2021, and its conclusions will be used to implement the regulatory sandbox model in the national legal order.

Unfortunately, the regulator’s effort, as well as the significant achievements of the sector, are regularly threatened by legislative initiatives, consciously or not, limiting the development opportunities of the fintech industry.

An example is the recently submitted bill amending certain acts to counter usury (hereinafter: the bill). The ZPP is critical of the procedure of the project itself, which completely skipped the stage of public consultations. It is unacceptable, especially as the document contains provisions which deeply interfere with the principles of operation of entities from the loan sector.

Moreover, certain provisions of the draft may significantly limit the functioning and development of entities from the fintech sector.

The draft introduces a pre-contractual obligation to obtain and verify information on consumer income and expenditure for entities granting consumer loans.

Apart from the practical difficulties related to obtaining such information, the possibility of its reliable verification and its obvious sensitivity, such a provision may pose a threat to the entire Polish sector of deferred payments, or the so-called buy now, pay later.

For example, if such a provision were to come into force, a consumer concluding a consumer loan agreement to finance a purchase in an online store for PLN 200 would have to disclose information about his income and expenses to the lender.

The PwC report “The financial sector is becoming more and more fintech” shows that fintechs may take over up to 33 percent in the coming years. the global market for financial services “.

On the one hand, it can be expected that the consumer will withdraw from the contract because of his reluctance to provide the intermediary with such sensitive information. On the other hand, the need to verify this information by the borrower will significantly delay the process and contradict financial innovation. The provision also raises doubts as to its compliance with Directive 2008/48 on credit agreements for consumers.

The Polish fintech sector has development potential that may place Poland as a leader in the category of financial innovation in Europe. Nevertheless, the further development of the industry largely depends on the friendliness of the regulatory environment. Introducing such far-reaching changes to it in a procedure devoid of any consultation raises obvious objection.

The variety offered by video games never ceases to amaze him. He loves OutRun's drifting as well as the contemplative walks of Dear Esther. Immersing himself in other worlds is an incomparable feeling for him: he understood it by playing for the first time in Shenmue.
Previous They dropped James Webb’s telescope. There will be tests for damage
Next Leciester – Legia Warsaw. Deniz Aytekin is the referee of the Europa League match