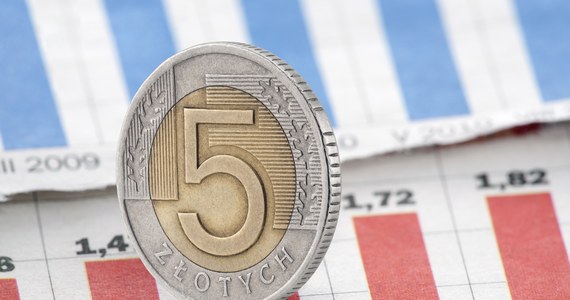 The Fed will hit the zloty exchange rate?

In the opinion of PKO BP analysts, in the first quarter the negative and positive factors for the zloty exchange rate should balance each other. From the point of view of the Polish currency, the improvement in interest rates on domestic assets in real terms will be favorable, but the external environment will remain difficult for emerging market currencies.

“In order to counteract the persistence of elevated inflation expectations, the Monetary Policy Council will continue the cycle of interest rate increases. The increase in consumer prices may be stopped thanks to monetary and administrative measures, ie tax cuts on certain products and services,” the quarterly wrote.

Higher rates combined with stabilization and then a decrease in inflation should reverse the downward trend in real interest rates in Poland, which in turn will improve the attractiveness of financial assets denominated in the domestic currency.

Among the external factors, the most important for the currencies of emerging markets will be the pace and scale of monetary policy normalization in developed countries and the state of the global economic situation. These issues will affect the level of market risk aversion and, consequently, financial flows between developed and emerging markets.

“Among the external factors, the most important for the currencies of emerging markets, including the zloty, will be the rate of monetary policy normalization in the US and the euro area and the state of the global economic situation, which translates into market risk aversion and, consequently, affects financial flows between developed and euro area markets. developing “- wrote PKO BP analysts.

Analysts forecast that throughout the year the CPI index in Poland will probably increase by more than 7 percent. (annual average), which will create pressure to implement an even more decisive cycle of interest rate increases.

“The FRA curve already indicates an increase in the reference rate close to 4%, and such a level is also not ruled out by President Glapiński. Support for such a scenario may come as a result of hawkish decisions of central banks in the Central and Eastern Europe region, where with a similar inflation rate FRA curves indicate an increase in interest rates in the Czech Republic and Hungary in the region of 5 percent. ” – wrote in the report.

One of the risk factors for the zloty is the conflict with the European Union authorities. The approval of the National Reconstruction Plan is lagging behind, however, in the short term, the impact of this process on GDP growth is still moderate.

In the opinion of PKO BP, the GDP growth rate in 2022-2023 should remain high and amount to over 4%. per year, but will noticeably slow down compared to over 5%. last year.

“Further escalation of the dispute with the European Commission, resulting in the indefinite postponement of payments from the Reconstruction Fund, may adversely affect investors’ perception of the medium- and long-term prospects for the Polish economy and, consequently, adversely affect the exchange rate of the domestic currency. at the current stage, it should not lead to a change in Poland’s credit rating, but it has been noticed and remains under observation, “the quarterly wrote.

“The current account balance ceased to be a protective shield for the zloty due to the significant reduction of the surplus, but with the simultaneous inflow of foreign investments, the external balance should have a neutral effect,” he added.

The challenge for the currencies of the emerging markets will be the end of the asset purchase program by the Fed (probably in March) and the beginning of the interest rate hike cycle. The derivatives market is currently pricing-in four interest rate hikes of 25 bp each during the year, and the first of them should take place in the first half of the year.

– Inflation in the US, which the Fed president no longer calls “temporary”, rose sharply at the end of last year and the December CPI reading is likely to exceed 7%. This may induce the Federal Reserve to take more decisive actions, i.e. accelerating the pace of reducing asset purchases and starting the cycle of rate hikes at the end of the current quarter, analysts estimate.

– However, interest rate hikes (to curb inflation) will coincide with the slowdown in the world economy after the wave of post-pandemic recovery. Signs of economic slowdown are already visible in China, which creates a serious risk for economies exposed to trade with China. These factors will favor the outflow of foreign capital from emerging markets towards developed markets and safe assets, negatively affecting the valuation of our region’s currencies, especially against the US dollar, they add.

The variety offered by video games never ceases to amaze him. He loves OutRun's drifting as well as the contemplative walks of Dear Esther. Immersing himself in other worlds is an incomparable feeling for him: he understood it by playing for the first time in Shenmue.
Previous Two more deaths in the Limanowa poviat. Classes at the EU in remote mode
Next NATO-Russia talks. Expert: there’s a tug of war waiting