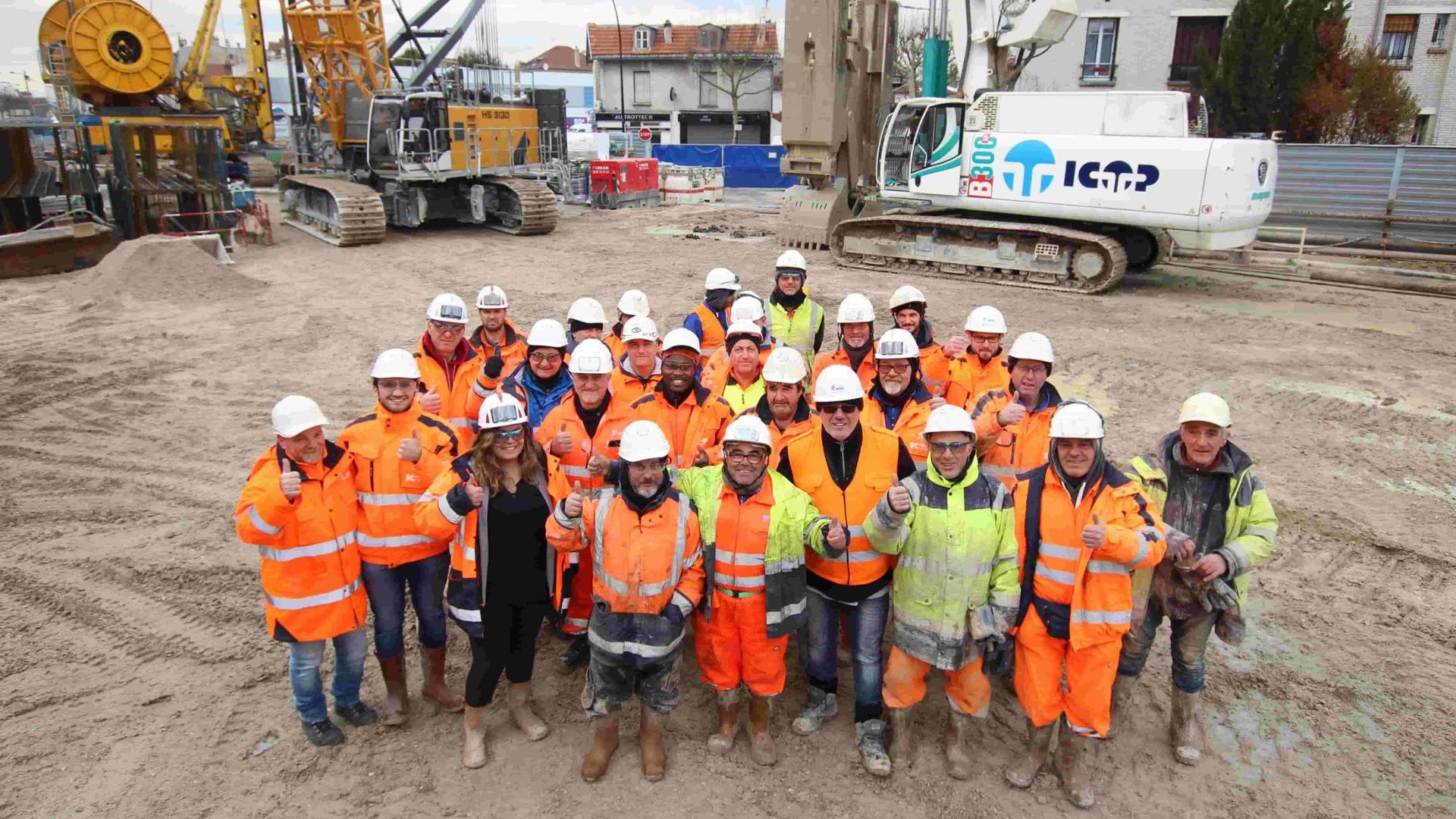 BASILIANO. Perception of the working climate, commitment to improving the working environment, trust in management, work tools and resources provided by companies: these are the key factors that distinguish the best Italian companies in which workers and production staff are more happy to work. Among these there is also the I.CO.P. Benefit company of Basiliano, unique in the construction sector.

Great Place to Work Italia, a company famous in the study and analysis of the corporate climate and organizational transformation, has drawn up for the first time the ranking “Best Workplaces for Blue Collar”, listening to the opinion of over 5,300 workers employed in 45 Italian companies. From this analysis, eight virtuous realities emerged, which value their people and are committed to ensuring that the so-called blue collar workers are satisfied with their work experience.

There is also a better perception by the workers of the work tools and resources provided and made available by the company (82 vs 61, + 21%) and a higher level of engagement (61 vs 26, + 35%). Another focus is on the issue of physical safety in the workplace, with respect to which there is a difference of 15 percentage points between the companies in the ranking and the others, which rises to 34% with respect to psychological well-being.

In these companies, on average, 77% of workers say they work in an excellent workplace, a figure that is 25 percentage points (52%) higher than the other work environments analyzed in the ranking compiled by Great Place to Work Italia.

Founded by Paolo Petrucco in the 1960s as a natural continuation of the family construction company founded in 1920, Icop took on its current form of joint stock company in 1986 and from October 2020 it became a Benefit Company.

Icop has therefore been operating for over a century in the field of road construction, foundations, energy distribution networks and special engineering works and is one of the main operators at European level in the sectors of special foundations and microtunnel. Over time, in fact, it has increased its dimensional and organizational consistency in Italy and abroad, where it is present in almost all continents: Europe (France, Germany, Denmark, Sweden, Norway, Switzerland and Poland), Central and South America. (El Salvador and Mexico), Far East (Malaysia and Singapore).

A Friulian family-run company, over time it has been able to combine tradition and innovation, becoming not only a technological leader in its sectors of intervention, but also a forerunner in the adoption of new organizational models, such as the transformation into a benefit company. The company has been distinguished for decades for its attention to social and environmental aspects. Another important note is that, in a historically male sector, the female presence is valued in all company areas; also for this reason the company had already appeared in various national rankings on the subject of the quality of the working environment. Icop has multiple award-winning benefits and work-family conciliation programs (Best Performance Award 2021, Entrepreneurs Award for Civil Economy 2021 among others), to which is added a unique international cooperation project in South Sudan, started in 2006 and still active.

In an entrepreneurial reality in which the presence of Blue Collars is so important, both in terms of number and the importance they have on company plans and programs, the company wanted to adopt specific initiatives to protect and give recognition to this category of workers.

Due to the undeniable risk inherent in construction site operations, construction is one of the sectors most subject to accidents. The company has decided to adopt a company regulation with the aim of promoting the culture of safety on construction sites and encouraging responsible and virtuous behavior, establishing a cash reward system, with remuneration paid annually to all workers in the operational area who have worked on orders where no accidents occurred.

Great satisfaction for the new recognition in the words of the CEO Piero Petrucco: «A company is above all made up of people and relationships. Projects, difficulties, failures and successes not only make up the history of the company, but also the history of the people who work there. Thinking about the company as a community means respecting people, understanding their needs, protecting their safety and giving everyone the opportunity to express their potential. The fact that this approach is reflected in the positive opinions expressed by our collaborators gratifies us, encourages us to want to do better and offers each and every one of us further motivation to continue along this path with conviction ».

Videogames entered his life in the late '80s, at the time of the first meeting with Super Mario Bros, and even today they make it a permanent part, after almost 30 years. Pros and defects: he manages to finish Super Mario Bros in less than 5 minutes but he has never finished Final Fight with a credit ... he's still trying.
Previous Champions League, Milan in the round of 16 if …
Next Belen and Stefano De Martino madly in love: escape to London