On MUBI from December 17 it is possible to recover the funny and tender There girl of the punk fell in love, last feature film to date by the director of Hedwig – the diva with a twist (2000), the scandalous Shortbus (2006) and highly praised Rabbit hole (2010).

‘The punk girl in love’. Into the ethereal world of dancing aliens

Aliens have been “on tour” since the now distant 70s.

In the London of that period, in fact, particularly in the popular suburb of Croydon, punk music was depopulating among young people, and even the shy Enn wanted to participate in the various parties that were held, more or less legally, at various venues in the area.

When one evening, in a somewhat ambiguous club, the boy and his friends come across a group of strange foreign dancers, they certainly don’t think they are dealing with a group of aliens about to complete the process passage that will allow them to take on completely human features, to the point of being able to integrate into society without being unmasked. 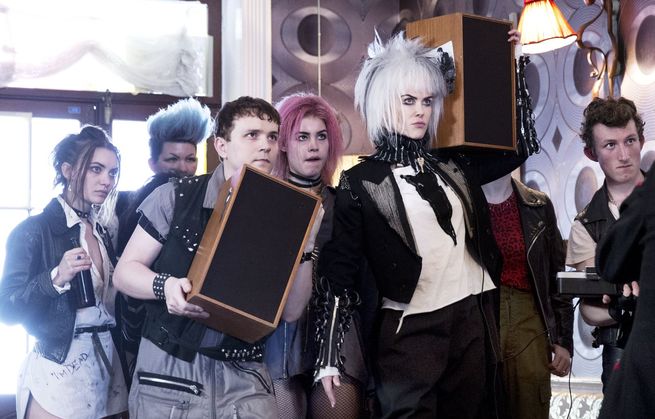 Enn will even find in a beautiful dancer of the group, the ethereal and somewhat particular Zen, the person with whom to live his first complete sentimental experience, which will involve an escape of both: from the usual environments one, and from the preordained schemes the other, able to launch them towards an adventure much bigger than them.

The punk girl in love – the review

“Do you know that in every person’s DNA there is the remnant of every virus that has infected human beings since the birth of man? I think adapting to survive viruses is what eventually turned bacteria into humans.”….

Listening today, in the post-Covid era (but not too much), to a funny and ironic dialogue like this leaves us decidedly more puzzled than at the time the film appeared on the screens.

The film, crazy enough to be considered an integral part of a rather original, if not unique cinematography, marks the return of the eccentric good filmmaker to directing John Cameron Mitchell. Here at his fourth test after respectively eccentric, scandalous or original Hedwig, Shortbus And Rabbit Hole.

How to talk to girls at parties (original title of the film), is as bizarre as it is hilarious, unfortunately devastated in our country by a silly but truly unacceptable title. 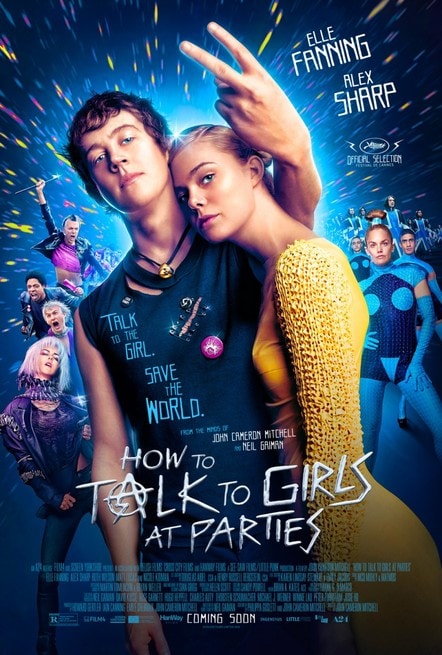 The work confirms the inspiration and determination of the American author in telling his story without hesitation, even at the cost of being unsettling. With a narrative freedom that does not want or need to plan strategies to please at all costs or catalog itself within schematic genre boundaries.

Delicious and tender interpreters, or Elle Fanning And Alex Sharpfantastic couple more varied than it might appear.

While Nicole Kidmaneven in a side role of punk mother divided between ostentatious energy and ill-concealed sweetness, she manages to leave her mark this time too.

David Martin is the lead editor for Spark Chronicles. David has been working as a freelance journalist.
Previous Blake Lively, the original trick to wear clothes that no longer button up during pregnancy
Next Last Christmas with Emilia Clarke on Canale 5