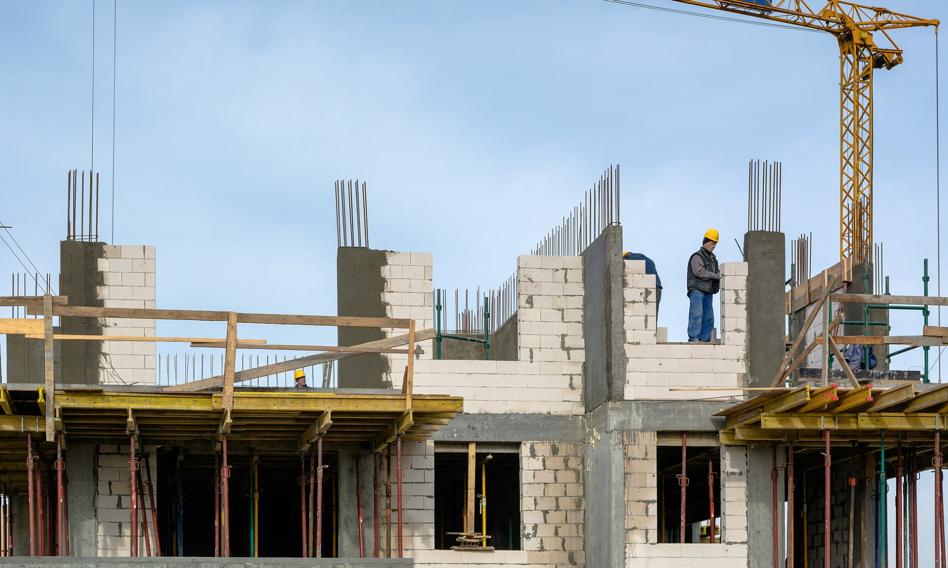 The housing estate caught her breath after a weak September

After two months of declines, the traffic on new housing construction started to grow again, according to the data of the Central Statistical Office. Mainly due to the exceptionally good results recorded in the first half of the year, after ten months of 2021 more construction projects were started than in the record-breaking 2019. The record was also broken in the case of issued building permits.

The revival at construction sites compared to the previous years can be seen in particular among individual investors. Developers will certainly also have a positive year in terms of new investments, although it is likely that they will complete fewer apartments than in the previous year.

In October, the construction of 22,533 flats began in Poland – by 2.6%. more than in September. Thus, the industry broke the decline in the number of commenced investments recorded in the last two months. In monthly terms, the recovery was visible only in the case of developers who started the construction of 12,851 apartments in October (+14% m / m). There was a seasonal slowdown in single-family housing (-8.6% m / m).

Since January 2021, the number of permits for the construction of new apartments received monthly by individual investors and developers has consistently exceeded 25,000. It was no different in October, when Polish offices issued permits authorizing the construction of 28,728 apartments. It was a result of 5.4 percent. higher than that recorded in September and by 13.9 percent. higher on an annual basis.

On the basis of the permits issued in October, developers will be able to start the construction of 16,898 apartments. Although it is over 10 percent. more than in September, in annual terms, there was a decrease by 2.4%, and compared to October 2019 by 10.2%.

A clearer revival in this aspect was seen in the case of individual investors, who in October received documents authorizing them to build 11,364 single-family houses (+23.8% y / y). Compared to 2019 and 2018, the increase was 30 and 40 percent, respectively. The number of permits issued to individual investors has been consistently above 10,000 since March 2021. for a month. Previously, such results were sporadically observed.

Flats put into use

After the September jump, in October the number of flats delivered for use fell below 20,000. 19,973 completed dwellings meant a decrease in the monthly relation by 8.8%. However, it was almost the same result as in the previous year, when 19,901 flats were added to Poland.

The decrease in the monthly report was consistent with the situation we witnessed a year ago. In the previous years, however, the number of flats delivered in October grew on a monthly basis.

In October, developers completed 12,103 flats, which translated into an over 9% drop in annual terms. Individual investors completed 7,360 apartments (+4.5% y / y).

Individual investors who completed 71,169 single-family houses (+ 19.3% y / y) from the beginning of the year to the end of October will certainly be able to see a positive year. It is about 3 thousand. less than in the whole of 2020

According to the data of the Central Statistical Office, the usable area of ​​a dwelling put into use in 2021 was 93.5 sq m. – by 5 sq m more than a year ago, which, however, could have been significantly influenced by the boom in family housing and the decline in the number of flats commissioned by developers.

The variety offered by video games never ceases to amaze him. He loves OutRun's drifting as well as the contemplative walks of Dear Esther. Immersing himself in other worlds is an incomparable feeling for him: he understood it by playing for the first time in Shenmue.
Previous Microsoft Surface cheaper on Black Friday and Cyber ​​Monday
Next Borussia Dortmund has an idea to detain Erling Haaland. You know what he will propose