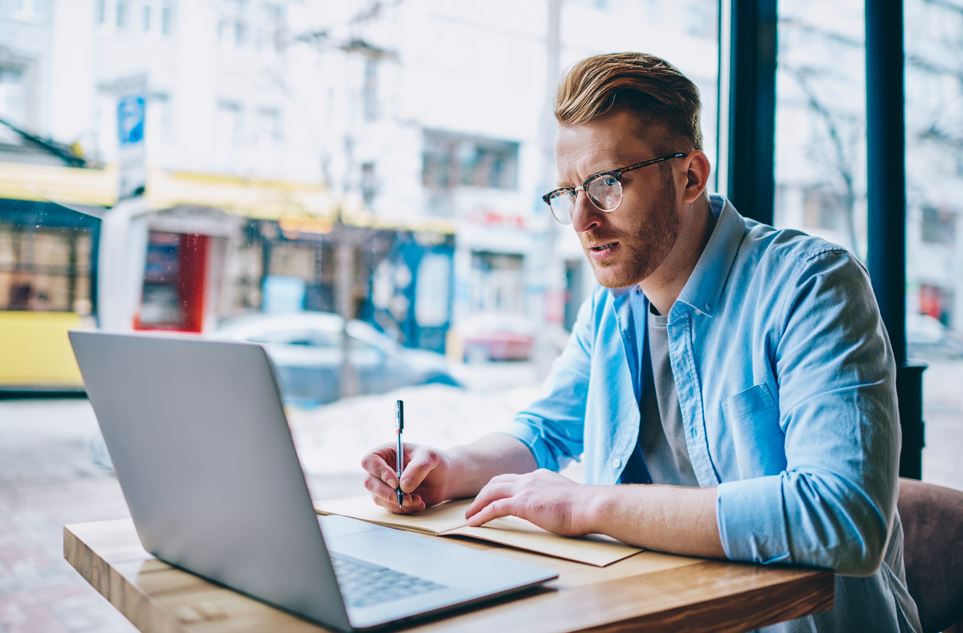 the most typed queries on Google in 2022

The year is ending, it’s time to take stock, and Google it does so through user searches.

Like every year, trends arrive on time that reveal the questions we asked ourselves during the 12 months of 2022, the characters that inspired us, and the good and bad moments that captured our attention.

Google Trends provides an overview of the topics that have aroused interest, which allow us to indirectly reflect on the situation in the country, and offer trends relating to the various targets, which are also useful in marketing analyses.

Research shows the need to understand what is happening in the world, such as the motivations and characters that triggered the war in Ukraine; but there is a lack of attention to sport, always present in the interests of Italians (not just football, tennis as well); music, mainly represented by the Sanremo Festival.

The theme is confirmed pandemic which, even if to a lesser extent, is still present among the digitisations. Instead, the topic of finance is added the fear of economic uncertaintyto which users have shown themselves to be very sensitive: one wonders what inflation is and how to reduce its impact.

When we don’t know the meaning of a word, when we want to know more about a news story, or when we sing a tune whose title we don’t know…just say “Hey Google” to get the answer.

READ ALSO: Updated guide to the best eCommerce platforms of 2022

The words of the year ranging from war to sport, through politics and Queen Elizabeth:

The war situation in Ukraine is, as can easily be imagined, the hot topic of the year that is about to end. Research by Italians demonstrates this, in several categories:

Among the first characters of the last 12 months there are 2 figures linked to the Sanremo Festival, one of the presenters, Drusilla Foer, and the singer Blanco who also dominates the singers section. Curious to observe that the five most sought-after singers all participated in the Festival, confirming that it is a national-popular event, because Sanremo is Sanremo (as the classic jingle says): 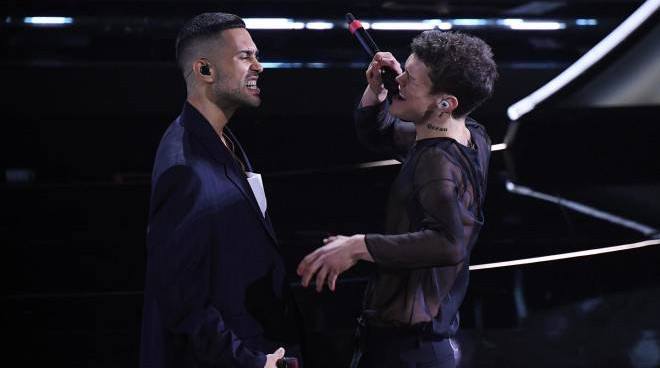 The departure of the Queen of the United Kingdom also had a strong echo in Italy, so much so that in addition to being the second most searched word, it is also the first among the well-known characters who have left us, as well as the only non-Italian: 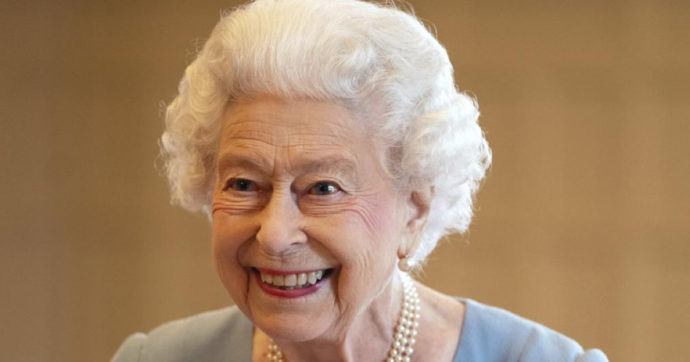 Foreign names are among the most sought-after actors. The first, in particular, is that of Will Smith, probably not for a particular cinematic performance, rather for the unpleasant episode of the Oscar Night slap:

Between TV serieshowever, no Italian production: 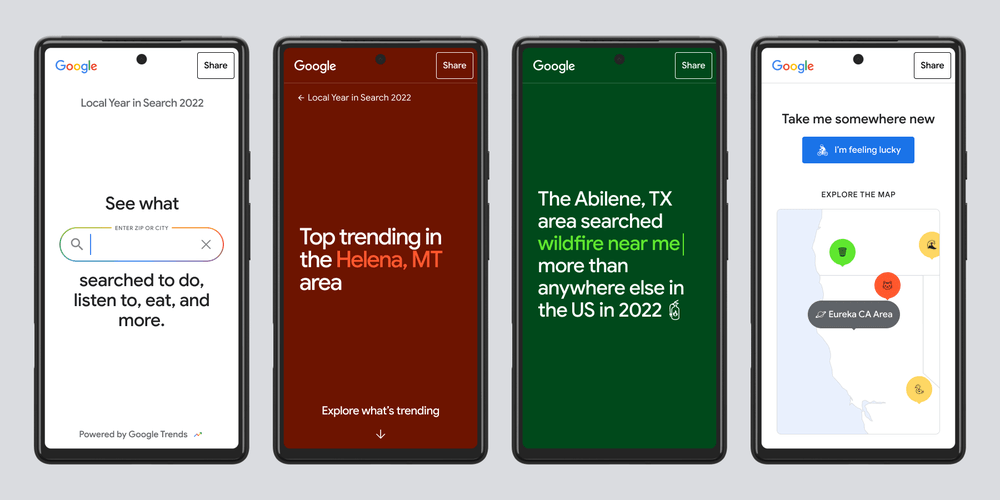 Not just words, but also questions that have been asked of Google, because you know, Google knows everything!

Although improved, the pandemic still figures among the main user searches, especially with regard to DIY tampons, the most sought-after tutorial on the net. The fourth query is connected precisely to the improvement of the pandemic: how to make a passport is an element that highlights the desire for recovery and travel after the Covid stop.

What does it mean…?

A look at searches in the USA

Through the new Google Local Hub element, it is possible to analyze the trends of other countries and individual Italian regions, to have an even more precise overview.

“Wordle has been the top trending search globally, as guessing five-letter words every day has become a way of life. We also saw pop culture continue to make its mark as we researched “how to become a fighter pilot” thanks to “Top Gun: Maverick” and how to learn new languages, especially Minion, High Valyrian and Klingon. Most of us also couldn’t get the songs from hit TV shows out of our heads, with Ali Sethi’s ‘Pasoori’ becoming the overall best song of Hum to Search. 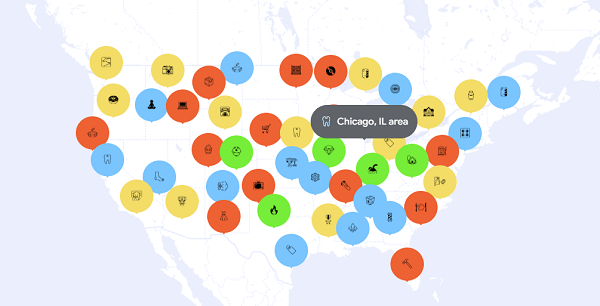 Many of the trends start from the United States and anticipate our own ones. Let’s take a look at Google searches made by Americans:

In the characters section it is noted that the US interest was captured by the home trial between Johnny Depp and his ex-wife Amber Heard, which had a significant media effect.

Two of the main searches, Thor and Batman, are also confirmed in Italy

The other trends in Italy and in the world

The resumption of social life has led to an increase in the search for places to eat: 955% increase in the expression “brunch without limits” in the UK, and + 240% “where to eat” in Italy.

The return to weddings produced +400% searches for the keywords “summer wedding guest” in Spain, and “women’s wedding dress” in Belgium.

Research related to do you travel and in particular for flights, there was a 20% increase in searches in Italy, with a peak on Sunday.

The concern for the pandemic, although dormant, is not completely exhausted, as confirmed by searches for terms connected to it: the word “anxiety” in the UK it is typed into the Google string especially around 2 am; “yoga” between 5 and 7 in the morning, “meditation” at 6 in the morning. A trend that highlights the strong psychological pressure suffered in recent years, but at the same time the desire to take care of yourself, even from a mental point of view.

Attention also shown to the energy problem and the increase in bills: in Italy +175% for the “electricity bills” search.

READ ALSO: Media trends for 2022: what brands need to know

David Martin is the lead editor for Spark Chronicles. David has been working as a freelance journalist.
Previous https://gamingbeasts.com/specwar-tactics-pc-game-download/
Next Jackie Chan in talks for Rush Hour 4