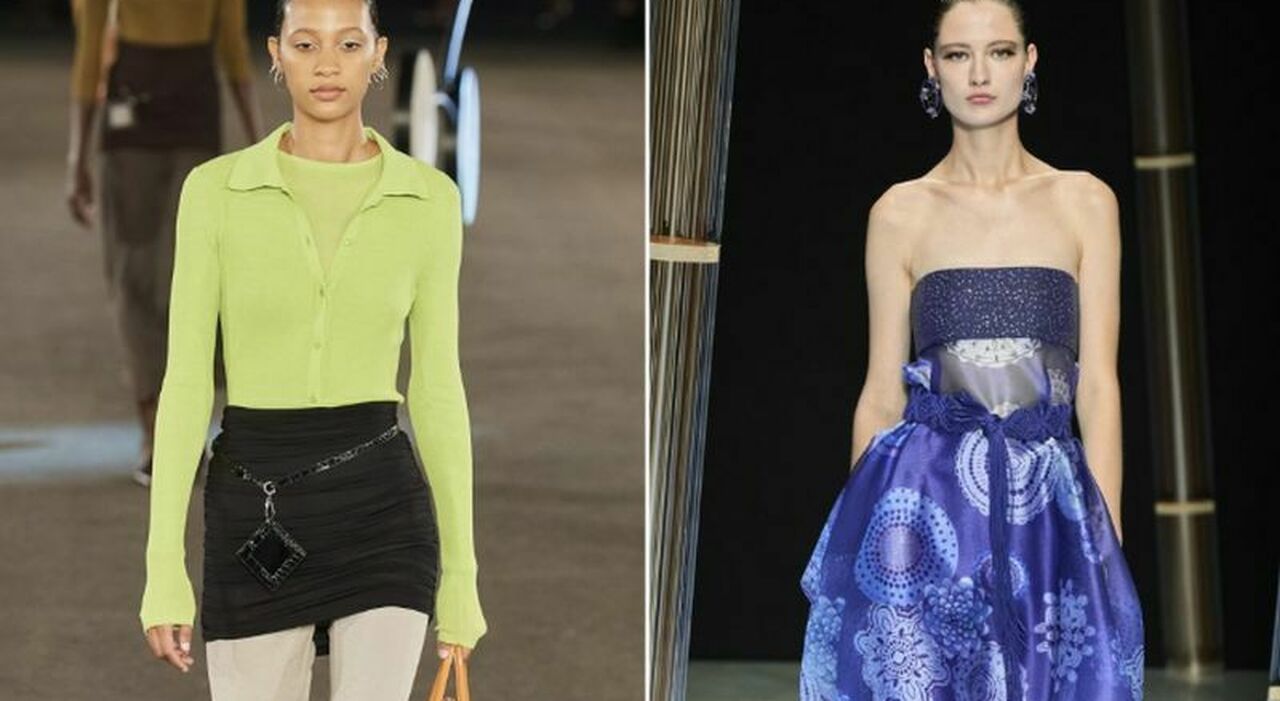 The skirt is worn over trousers: fashion is genderless

Skirt or trousers? Both of them!

The catwalks seem to dispel any doubts: wearing both of them, superimposing them with that layering technique that is so popular and above all with that mix between masculine and feminine, which, by now, is a certainty is the choice to make and to experiment with. Fashion, in fact, has been moving towards genderless for some time and towards the invitation to wear what you like, without looking too much at the categories, in a hybridization where there are no written rules. 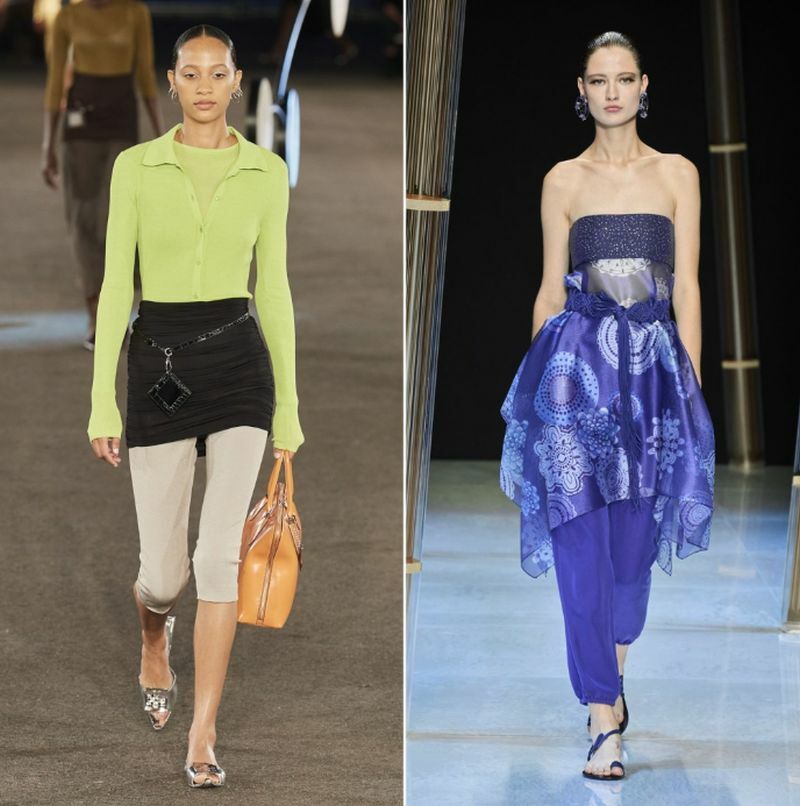 It must be said: the trend in question is not an absolute novelty. The history of fashion saw petticoats and trousers go hand in hand as early as the early 2000s, when the stars of the red carpet of the time, such as Ashley Tisdale, Jessica Alba, Rachel Bilson or Britney Spears they sported this trend in a somewhat messy and improvised way. Now everything is more sophisticated, in fact, and the technique has been refined and taken to a higher level. Giorgio Armani, for example, made the combo very fluid: the midi skirt is combined with loose, fluid or jogger-style trousers and flat sandals. All in shades of blue that are a real point of conjunction and do not create any unpleasant detachment. DSquared relied on a sort of very light calf length leggings under brightly printed minis. Tory Burch has shortened the skirts, thanks to the fact that she has inserted tight trousers underneath and has created ad hoc color contrasts thanks to this game. At Collina Strada there is the perfect exemplification of the masculine meeting the feminine and vice versa, because loose trousers, in patterns generally associated with him, are placed over a series of petticoats in acid colors complete with lace that refines and characterizes them. At Fendi various functions and fabrics overlap: the jacket, the full-bodied trousers and the dress which is a breath, because the thicknesses are well balanced and a delicate green tone uniforms everything and does not create dissonances.

But if you want to exaggerate the option Versace, complete with a fuchsia boa combined with sunglasses, can be a viable alternative, but advisable for slimmer physiques, given that three-dimensionality does not always enhance silhouettes, and for those who are ready to be observed with curiosity. Total faded denim in reduced volumes for Diesel, while Rokh contaminates a cream tuxedo with an asymmetrical micro pleated skirt in a rather interesting way. Flowered shirt dress, fringed mesh waistcoat and straight-cut trousers for Dries Van Noten, which creates a chic-looking ensemble, while at Marco Rambaldi the combination has a fake casual air, leaning on with studied nonchalance. They are solutions to be observed and studied based on one’s physique and propensity. You can try it with what you have in your closet, perhaps stealing pleated trousers from your husband or boyfriend, opting for flat shoes or playing with exaggerated heels, if anything accompanied by those plateaus that are extremely popular this season. And if you should have any doubts about the success of homemade styling, there is an infallible method to sweep away any perplexity and which works much better than the image reflected in the mirror. Better to take a picture and then the smartphone screen will objectively report how you look with the new look. It is a method used by professionals in the sector not only to fix ideas clearly and visually, but also and above all to be sure that their work is aesthetically satisfying. Now all that remains is to play with the layers.

David Martin is the lead editor for Spark Chronicles. David has been working as a freelance journalist.
Previous What to see on TV tonight and this weekend
Next Later Alligator Free PC Game Download Full Version