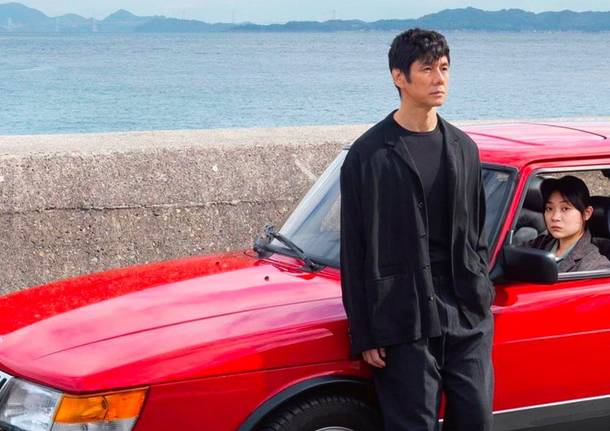 the spring cineforum at the Arts of Gallarate

The winter film club of Theater of the Arts Of Gallarate it has just ended and the engines are already warming up for that of the months of April, May and June. The film club will always be on Thursdays, sometimes with a double date (at 3pm and 9pm).

Many films are scheduled, starting with the Oscars ceremony held at the end of March. The 3 pm films will be introduced by the teacher Cristina Boracchi or from don Andrea Florio; while those at 21 will be introduced and commented by Gabriele Lingiardi.

It starts on Thursday April 21 (9 pm) with Surprise endingOf Mariano Cohn and Gastòn Duprat with Penélope Cruz and Antonio Banderas: starring Lola Cuevas, an eccentric and successful director who was commissioned to direct a film by a megalomaniac billionaire entrepreneur determined to leave his mark on history. The ambitious undertaking requires the greatest talents, so Lola writes two acting stars: the Hollywood female-wasting star, Félix Rivero and the committed film and theater leader, Iván Torres.

Thursday April 28 (3 pm and 9 pm) will be screened The power of the dogdirected by Jane Campion with Benedict Cumberbatch and Jesse Plemons: Montana, 1925. The Burbanks brothers, Phil and George, are the heirs of a large family ranch, which they carry on dealing with the daily movement of herds, drying the skins and training the men of fatigue. While George is a sensitive man and longs for a family, Phil is a patented homophobic bully, obsessed with the myth of his mentor Bronco Henri. When George marries the young widow Rose and takes her to the ranch, Phil targets the woman and her son Peter and does not stop tormenting them.

Thursday May 5th (introduction at 20.35, portion from 21) will be the turn of Drive my carfilm of Ry suke Hamaguchi starring Hidetoshi Nishijima and Toko Miura, who received the Academy Award for Best International Film: Yûsuke Kafuku, an actor and director who recently lost his wife to a brain hemorrhage, agrees to move to Hiroshima to run a theater workshop. Here, together with a company of actors and actresses who each speak their own language (Japanese, Chinese, Filipino, even sign language), he works on the staging of Chekhov’s Uncle Vanya. Accustomed to memorizing the text during long car journeys, Kafuku is forced to share the cockpit with a young driver: initially reluctant, little by little he enters into a relationship with the girl and, between confessions and reworking of traumas (in his past there is is also the death of his daughter), he will find a new way of considering himself, his work and the world around him. The film is based on a short story by the Japanese writer Haruki Murakami, Men without women.

Murder on the Nileby Kenneth Branagh (with Kenneth Branagh and Gal Gadot), is Thursday’s film May 12 (at 9 pm): it is based on the novel of the same name by Agatha Christiealready brought to the big screen in 1978 in the film with Peter Ustinov in the role of Hercule Poirot.

Thursday May 19 will be screened A winning family (at 15 and 21, with a speech at 20.45) of Reinaldo Marcus Green with Will Smith and Jon Bernthal: the film tells the story of the two champions Venus and Serena Williams through the figure of their father, Richard Williams, who has been their coach since childhood. The Williams family lived in Compton, a notorious crime-ridden neighborhood in Los Angeles. Since they were little girls, Richard has decided that his daughters would have a future as tennis players and, despite having no training, he has started to train them. With no knowledge of the sport, the man set out to train them, convinced that one day his girls could become two of the best tennis players in history.

Thursday May 26 (3 pm and 9 pm) on the screen of the Arts the drama of Princess Diana is relived, with the film Spencer (with Kristen Stewart and Timothy Spall).

The fair of illusions will be screened screened Thursday June 9 at 9 pm (introduction at 8.45 pm), by Guillermo del Toro with Bradley Cooper and Cate Blanchett: in the United States in the early 1940s, Stan, a man with no possessions and a painful past, joins a traveling amusement park, where he learns the tricks of the trade from the visionary Zeena and her husband Pete. Seduced the young Molly, whose number consists in resisting the electric discharges that cross them, he leaves with her towards the big city. Ambitious and greedy, he becomes the Great Stanton, a soothsayer and psychic who seduces rich and powerful men with his pseudo-occult number and convinces them that they can communicate with their dead.

Double date on Thursday June 16 (3 pm and 9 pm) with The worst person in the world Of Joachim Trier: Oslo, today. Julie is nearly thirty years old and has not yet chosen her path. She went from medicine to psychology to photography and each choice was accompanied by a relationship. But her life seems to never really begin until she meets Axel, author of underground comics about a politically incorrect hero. Julie moves in with Axel and confronts the outside world – his family and his “narcissistic circle”, Axel’s friends – with the constant project of having children put on the table (by him). But the young woman’s restlessness is not yet over, and her fate will hold both her and Axel several surprises.

The promise: the price of power will be the protagonist of Thursday evening June 23 (3 pm and 9 pm), a film by Thomas Kruithof with Isabelle Huppert and Reda Kateb: Clémence, devoted and combative mayor of a small town near Paris, is about to end her political office. With the help of her faithful friend Yazid, she has always been committed to the Bernardins district, fighting this part of her city compromised by inequality, unemployment and poverty. When she is asked to become a minister, a hitherto hidden ambition emerges in her, which will test her relationship with Yazid and the very political integrity of her, hitherto always steadfast with her. Will Clémence choose to leave her city and give up her plans in favor of new aspirations?

Grand final on Thursday June 30th (3 pm and 9 pm) with Nowhere special Of Uberto Pasolini, with James Norton and Michael Lamont: John is a gentle and silent 34-year-old who works as a window cleaner around Belfast. His earthly existence is condemned to run out in the very short term, due to an incurable disease. In the short time he has left, John must do the most important thing in his life: find a family for his four-year-old son, Michael, as their mother left them both shortly after his birth. While visiting the couples available and selected for adoption, John and Michael spend their day together, transforming every daily gesture into a precious memory.

David Martin is the lead editor for Spark Chronicles. David has been working as a freelance journalist.
Previous Ipl 2022 Glenn Maxwell Will Play His First Match For Rcb On 9th April Confirms Coach Mike Hesson Ahead Of Match Against Rajasthan Royals
Next From Helen Mirren to Lady Gaga, the best looks of the SAG Awards