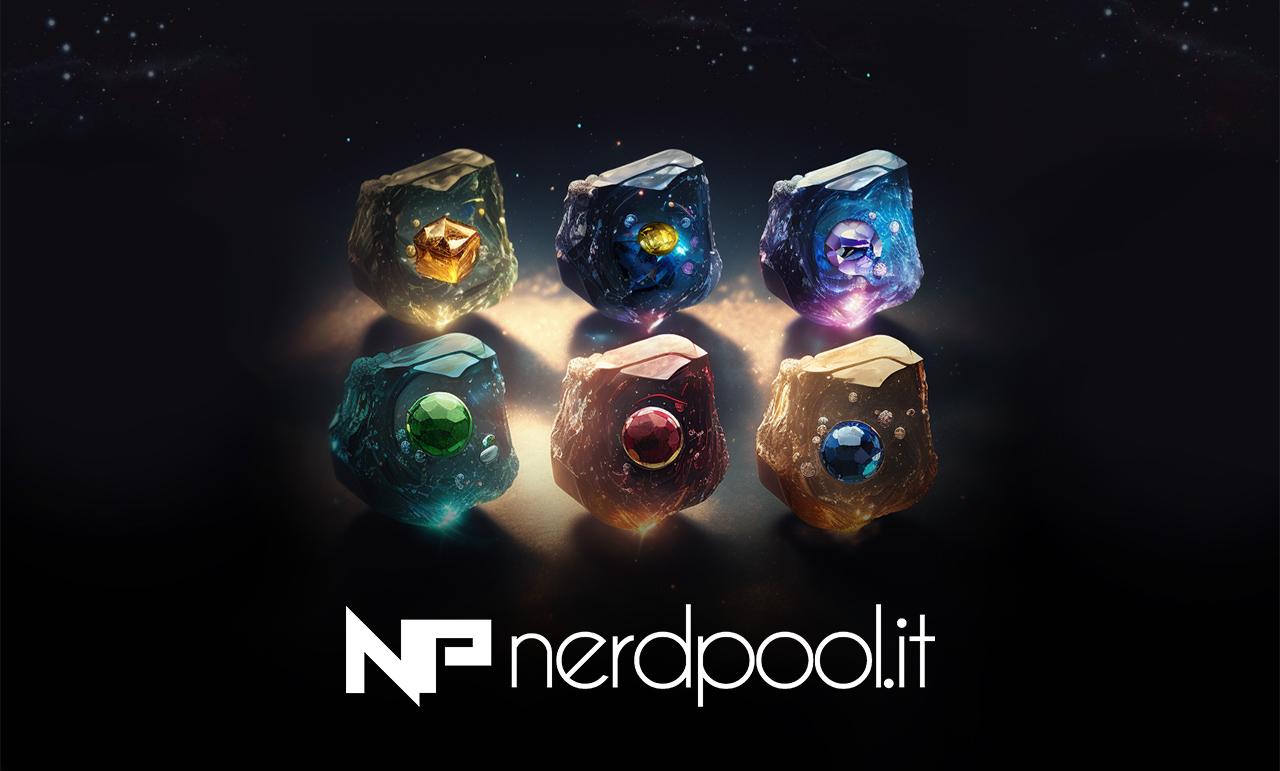 With the end of the old year, and the beginning of the new, it’s time for rankings. In the editorial office, the format we have adopted does not provide for a real ranking, but a selection of six titles, our “six gems” which we consider unmissable. This column was first submitted by our fellow comic book enthusiasts (check out their picks of must-have comics for 2022) but unlike them, we’ve chosen to make a single list of titles, voted on within the editorial board.

Stop talking! It’s time to introduce you to the films, released in 2022, that we believe are unmissable:

The Batmanthe film directed by Matt Reevessees the protagonist Robert Pattinson in the role of Bruce Wayne and his superhero alter ego, theBatman. The film is not an origin story and, in fact, sees Bruce Wayne already wearing the mantle of Batman, who has been watching over the city of Gotham City for two years. In this period the superhero has already faced several criminals, but the time has come for him to descend into the dark depths of the city and this time collide with an enemy as cunning as it is fearsome.

Gotham City is in the hands of corruption, which is rampant among the highest offices of the city, where Batman seems to be the only one who seeks to ensure justice. This is why Bruce Wayne must be cautious and not trust easily. But on his side he always has the most trustworthy Alfred (Andy Serkis) and can also count on the lieutenant James Gordon (Jeffrey Wright). The vigilante, however, does not imagine that the new killer, The Riddler (Paul Dano), who sows terror in Gotham with riddles and deceptions, knows his identity, so much so that he spreads clues and enigmas about the Wayne family here and there. Investigating him in the slums, Batman comes across a number of characters, such as the charming Catwoman (Zoë Kravitz), The Penguin (Colin Farrell) and the crime boss Carmine Falcone (John Turturro). The investigations he will conduct, however, will lead him to discover something that he has always ignored about his family and to defeat evil and finally have revenge, this time the Bat Man will have to make new alliances.

Jurassic World: Dominationthe film directed by Colin Trevorrowis the third installment in the Jurassic World saga.
In the movie Chris Pratt returns to take on the role of the tamer of velociraptors, and plays together with the protagonists of Jurassic Park: Laura Dern, Sam Neill And Jeff Goldblum. Laura Dern will in fact return in the role of Ellie SattlerSam Neill in that of Alan Grant and Jeff Goldblum in that of Ian Malcolm. Jurassic World 3 was written Colin Trevorrow and Emily Carmichael. The Dominion takes place four years after the destruction of Isla Nublar. Dinosaurs now live and hunt alongside humans all over the world. This fragile balance will reshape the future and determine, once and for all, whether humans will remain the dominant predators on a planet they now share with history’s most fearsome creatures.

Avatar 2: The Water Waythe film directed by James Cameron, is the live action sequel to the 2009 blockbuster film Avatar. The story is set several years after the events seen in the first Avatar. We will meet the two protagonists again Jake Sully (Sam Worthington) And Neytiri (Zoe Saldana) still together and with children in tow, ready to explore the boundless world of Pandora and to face new conflicts with humanity. The couple will also have to deal with marital problems related to the education of their children. It is the story of the Sully family, but also of a people who will have to face various dangers, new battles and tragedies to understand how far they are willing to go to keep themselves safe and survive.

The cast includes newcomers Kate Winslet, Edie Falco, Michelle Yeoh And Vin Diesel that together with Sam Worthington And Zoe Saldanajoin the protagonists already seen in the first film Stephen Lang. Sigourney Weaver, Joel David Moore, Matt Gerald And John Ribisi. This will not be the last chapter of the series, James Cameron in fact has already planned the saga of Avatar through four new films.

Nopeis the film directed by Jordan Peeletells the story of Oh and Em (Daniel Kaluuya And Keke Palmer) two brothers who live in a gorge in California, where they manage together with their father, Otis Haywood Sr. (Keith David), a family ranch. When the parent dies, being hit by a nickel that inexplicably fell from the sky, OJ and Em inherit the property. While the former tries to maintain his father’s business to preserve his parent’s legacy, the latter hopes to find fame and celebrity in Hollywood. Soon, due to a series of unforeseen events, the Haywood brothers find themselves full of financial problems and, to make matters worse, the horses seem to vanish into thin air, while those still present are nervous and have violent reactions. Oj is forced to sell some horses to Jupe Park (Steven Yeun), which recently opened a park in the gorge.
Convinced that there is something extraterrestrial to do with the horses, Em convinces OJ to install cameras on the ranch in hopes of figuring out what’s going on and recording a video that can make them rich. Only later do they realize that there is a cloud in the sky that never seems to move… what is it hiding?

Top Gun: Maverickthe film directed by Joseph Kosinskyis the sequel to the historic Top Guns from 1986, interpreted once again by the stainless Tom Cruise in the role of Pete “Maverick” Mitchell, courageous and reckless fighter pilot, lover of danger and motorcycles. Lieutenant Pete “Maverick” Mitchell, one of the best aviators in the Navy, after more than thirty years of service is still in the only place he would like to be. He avoids a promotion that would no longer allow him to fly, and he pushes the envelope once again, bravely testing new planes.
Called to train a special team of Top Gun Academy students for a secret mission, Maverick will meet the Lieutenant Bradley Bradshaw (Miles Teller), first name “Rooster”, son of his old flight mate Nick Bradshaw “Goose”. Grappling with an uncertain future and with the ghosts of his past, Maverick will have to face his deepest fears to complete a very difficult mission, which will require great sacrifice from all those who choose to participate.

In the cast of the film we will find Val Kilmeragain in the role of Thomas “Iceman” Kazanskywhile the female lead will be Jennifer Connelly. Among the other performers of Top Gun: Maverick, Jon Hamm, Glen Powell And Ed Harris.

Black Panther: Wakanda Foreverthe Marvel film directed by Ryan Cooglerwill not see the return of the late Chadwick Boseman in the role of T’Challa / Black Panther. After T’Challa’s death, the kingdom of Wakanda mourns the loss of his beloved king. With the departure of Black Panther, however, the nation ends up in the crosshairs of world powers, ready to invade and take possession of it, but the real threat will not come from the land, but from the sea. Namor (Tenoch Huerta), the king of Talokan, is ready to start a war against Wakanda to extend his rule on the surface as well.
It will be the task of the heroes of Wakanda, reunited thanks to War Dog Nakia (Lupita Nyong’o) and Everett Ross (Martin Freeman), fight to restore peace and tranquility to the kingdom and forge together with the queen Ramonda (Angela Bassett). Shuri (Letitia Wright), M’Baku (Winston Duke), Okoye (Danai Gurira) and the Dora Milaje, what will be a new path for their kingdom.

Here are the six unmissable films of 2022 that our editorial staff has selected. Do you agree with this selection? Would you have added other films? Let us know in the comments. In the meantime, we inform you that in the next few days, our selection of the six unmissable TV series of 2022 will be released, again for the “Six Gems” section.

David Martin is the lead editor for Spark Chronicles. David has been working as a freelance journalist.
Previous What a charm: Lily Collins gives us a tour of Emily’s wardrobe in Paris
Next Lipstick Review Rare Beauty Kind Words Matte Lipstick