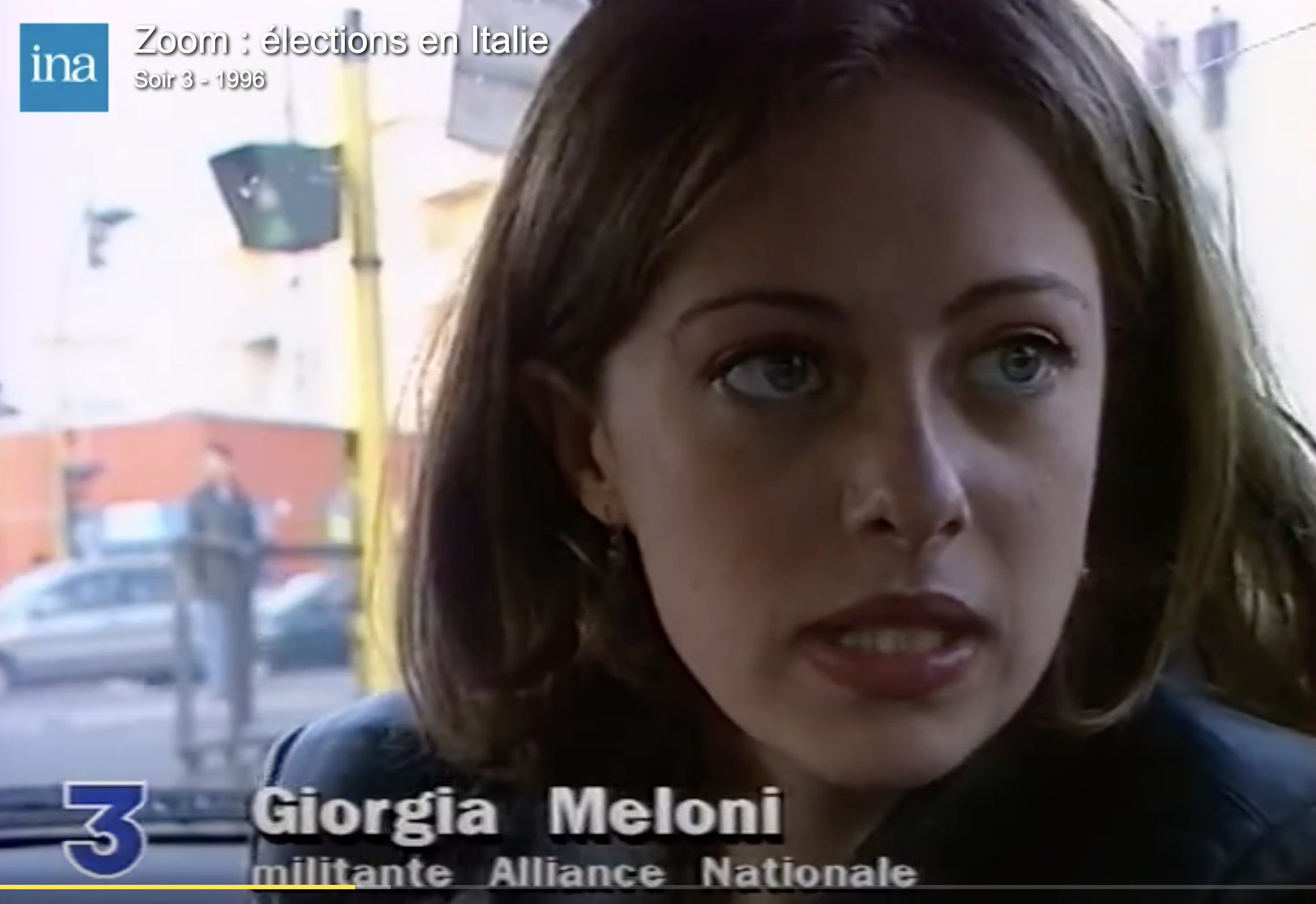 “I think Mussolini was a good politician. Everything he did, he did for Italy. There have been no other politicians like him in the last fifty years ”: these are the words of a nineteen-year-old Giorgia Meloni on French TV. The 1996 video is back on social media.

“Je crois que Mussolini is a good politician. Tout ce qu’il a fait, il a fait pour l’Italie“. These are the words of a very young Giorgia Meloni, spoken during a report on France 3 in 1996, when in the elections in Italy Silvio Berlusconi’s Polo delle Libertà and Romano Prodi’s Ulivo clashed. On the one hand Forza Italia, Alleanza National and the CDD, on the other hand the PDS, the PPI and the other left-wing currents. Meloni was 19 and militated in AN, the legacy of the Italian Social Movement and the neo-fascist right: he was national head of Student Action “I think Mussolini was a good politician. Everything he did, he did for Italy. There have been no other politicians like him in the last fifty years“, says Meloni in the report for the Soir 3 program.

A video that has now been brought to the attention by the French site Loopsider: “Against gay marriage and against migrants. Nationalist. Who is Giorgia Meloni, the favorite politician to become the next prime minister in September?” which retraced the political rise of the leader of the Brothers of Italy.

The video comes at a time when Meloni, in the middle of the electoral campaign, is trying to show Europe the image of the leader ready to govern, without any connection with fascism. “For days I have been reading articles in the international press on the upcoming elections that will give a new government to Italy, in which I am described as a danger to democracy, to Italian, European and international stability. The Italian right has consigned fascism to history for decades now, unambiguously condemning the deprivation of democracy and the infamous anti-Jewish laws“, he said in a video for the foreign press.

After those words, then the appeals had started from other political forces, but also from the senator for life who survived Auschwitz Liliana Segre, for her party to remove the tricolor flame from its logo. But Meloni replied: “The flame in the symbol of FdI has nothing to do with fascism, but it is the recognition of the path made by a democratic right in our republican history. We are proud of it“.

Videogames entered his life in the late '80s, at the time of the first meeting with Super Mario Bros, and even today they make it a permanent part, after almost 30 years. Pros and defects: he manages to finish Super Mario Bros in less than 5 minutes but he has never finished Final Fight with a credit ... he's still trying.
Previous Athletics: Jacobs gold in the 100 meters at the European Championships in Monaco – Sport
Next Shawn Mendes will voice the crocodile Lilo in the new live-action “Lilo, Lilo, Crocodile”