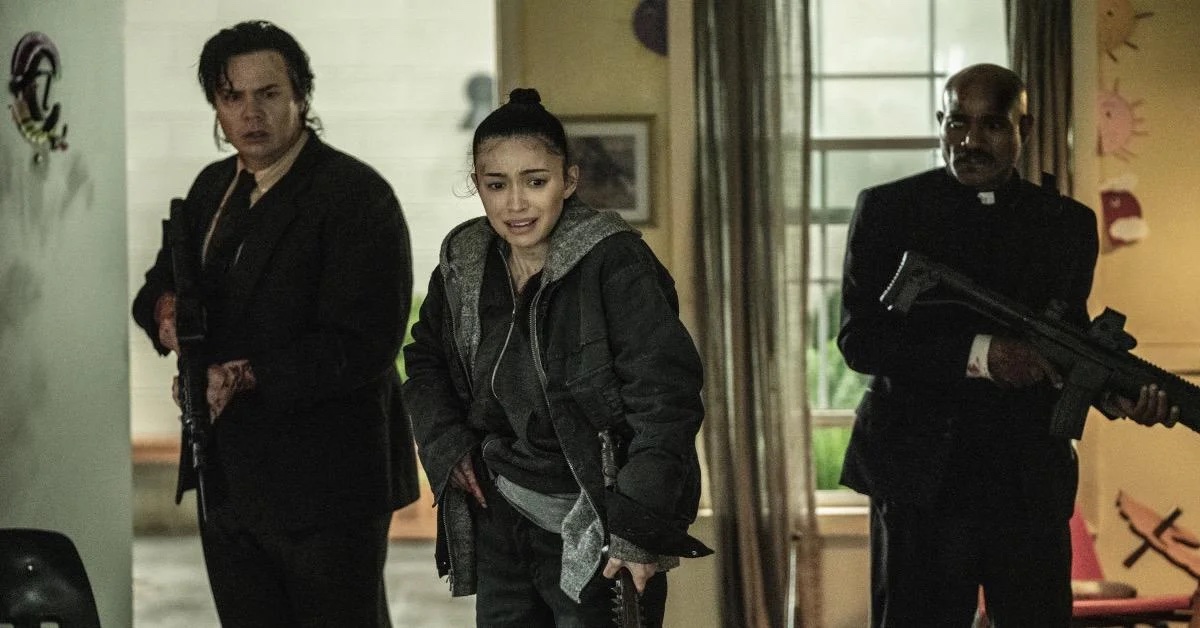 The latest victim of The Walking Dead almost made it out alive… The latest episode of the zombie drama, titled “Rest in Peace”, opened with Luke (Dan Fogler) e Jules (Alex Sgambati) victims of the horde of zombies that fell on Commonwealth. While the trio consisting of Rosita (Christian Serratos) Father Gabriel (Seth Gilliam) ed Eugene (Josh McDermitt) managed to save Cocothe daughter of Rositaonly to find himself overwhelmed by the horde and trapped in the hospital alley.

ATTENTION! Spoilers for The Walking Dead ending follow. Continue reading at your own risk.

In facing the horde, Gabriel And Eugene they manage to escape by climbing a pipe to an open window. When Rosita she attempted to climb with her daughter in her arms, fell terribly and found herself surrounded by a mass of teeth and clawed fingers. Luckily the woman was able to get rid of her, climb onto the roof of an ambulance and jump on her tube to carry her daughter to safety.

While Coco escaped unscathed, Rosita was less fortunate. She privately disclosed to Eugene the bite of a zombie on the shoulder, which will prove fatal. Rosita slowly succumbs to the infection and dies peacefully, surrounded by friends and family.

In an interview with the AMC blog, showrunner and episode writer Angela Kang revealed that there is a version that Rosita survives the finale of The Walking Dead.

“Christian Serratos and I had a conversation and she said, ‘I think the right end point for Rosita is for her to die to make sure her son lives.’ It’s something Christian thought was important. I wasn’t going to kill her at first, but I understood her point of view. We kept talking and it was a great dialogue between us.

Rosita’s last moments are spent with her best friend Eugene, who is at her bedside as she leaves after a final goodbye between mother and daughter.

Regarding this, Kang added:

“I think Christian gives a beautiful performance in the finale. I cried when she did the scene with Eugene where he realizes she’s been bitten, and I think they both did a beautiful, beautiful job. I think Christian is an incredible actress and she really gave it her all. For the fans who are heartbroken over the death of this character, I hope they know this is something the entire Walking Dead family agreed on. It’s not something that has been forced on anyone.”

READ ALSO ▸ Everything TWD: World Beyond has revealed about the fate of Rick Grimes ▸ Rick & Michonne, Danai Gurira: “The spin-off of will complete the story” ▸ The director tells the epilogue of the series

The Walking Dead legacy will live on in three new spinoffs in the works at AMC. In 2023, the AMC network will introduce three new spinoffs: TWD: Dead Cityfollowing Maggie (Lauren Cohan) e Negan (Jeffrey Dean Morgan) in one New York plagued by zombies. Daryl Dixonfocused on trying to Daryl (Norman Reedus) to come home from Parisin France. And Rick & Michonneon Rick Grimes (Andrew Lincoln) e Michonne (Danai Gurira) who find their way to each other.

David Martin is the lead editor for Spark Chronicles. David has been working as a freelance journalist.
Previous The cast of Captain America: New World Order has been revealed
Next Spelunky 2 Download PC Full Game For Free